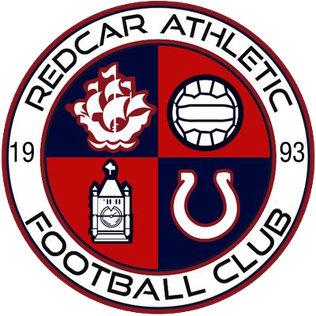 Whitley return to action this weekend after a ten day break when they welcome Redcar Athletic to Hillheads for what will be the first ever game between the sides. The Teesside Steelmen were promoted to the First Division this season and are currently sitting in mid table, four points ahead of Whitley. Both sides will be anxious to get back to winning ways after suffering defeats in recent games. Redcar have lost their last two games 2-0, at home to Guisborough and away to Bishop Auckland, coincidentally the two teams Whitley defeated before losing at both Ryhope clubs.

The break has given time for some of Whitley’s injured players to regain fitness and both Scott Lowery and Callum Anderson could return this weekend while Tom Smith may also be involved.

Jamie Dunn and Mitchell Ramsay are both suspended but two new signings could feature. 19 year old former Irish Schoolboy International John McGivern and the experienced Malcolm Morien, both strikers, could play a part.

One of the half time raffle prizes this weekend is a signed copy of the 2022 Viz Annual ‘The Copper’s Torch’ which would make a great Christmas stocking filler!

With this being another International break weekend when there are no Premier League or Championship fixtures, fans across the country are encouraged to support their local non-league team and Whitley are hoping for another big crowd.

Spectators are reminded that ahead of kick off, there will be a one minute silence to commemorate Armistice Day.