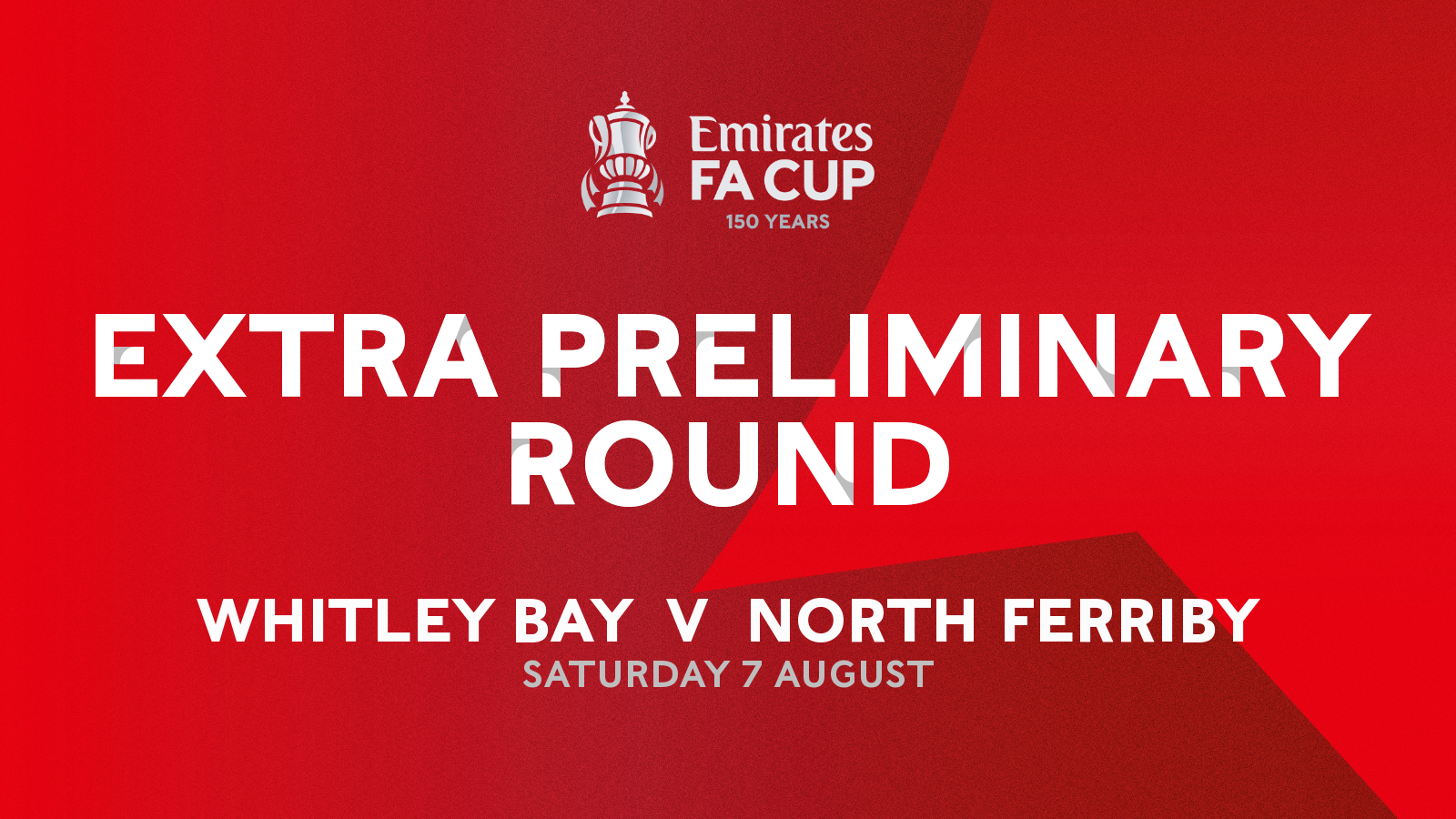 Just one week into the new season, the 2021/22 FA Cup competition gets underway with Whitley at home to North Ferriby in one of the 174 Extra Preliminary Round ties.

Situated on the north bank of the Humber estuary, North Ferriby FC was formed in 2019 following the demise of North Ferriby United, a side which enjoyed considerable success, none greater than winning the FA Trophy in 2015. However, that was not their first Wembley appearance, having been FA Vase Finalists in 1997 when they were beaten by Whitby Town.

Whitley played North Ferriby United in the 2006/07 FA Cup and won a hard fought 2nd Qualifying round tie 2-0 at Grange Road, with both goals coming from Lee Kerr. That is the only previous occasion that the clubs have met.

The newly formed North Ferriby currently play in the Northern Counties East League Division One and won their opening game of the season 3-0 at Shirebrook Town last Saturday.

Last season, Whitley had a good FA Cup run, reaching the 2nd Qualifying Round and began the shortened season with an Extra Preliminary Round tie at Garforth Town, winning 3-0 with a spectacular goal from Adam Shanks followed in the second half by goals from Richard Coulson and a Jamie Dunn penalty.

With excellent attendances at both of our opening league games, and North Ferriby expecting to bring considerable support, a bumper crowd is likely for what is sure to be a keenly contested cup tie.

Under this season’s FA Cup rules, should the scores be level after 90 minutes, there will be a replay at North Ferriby on Tuesday evening.