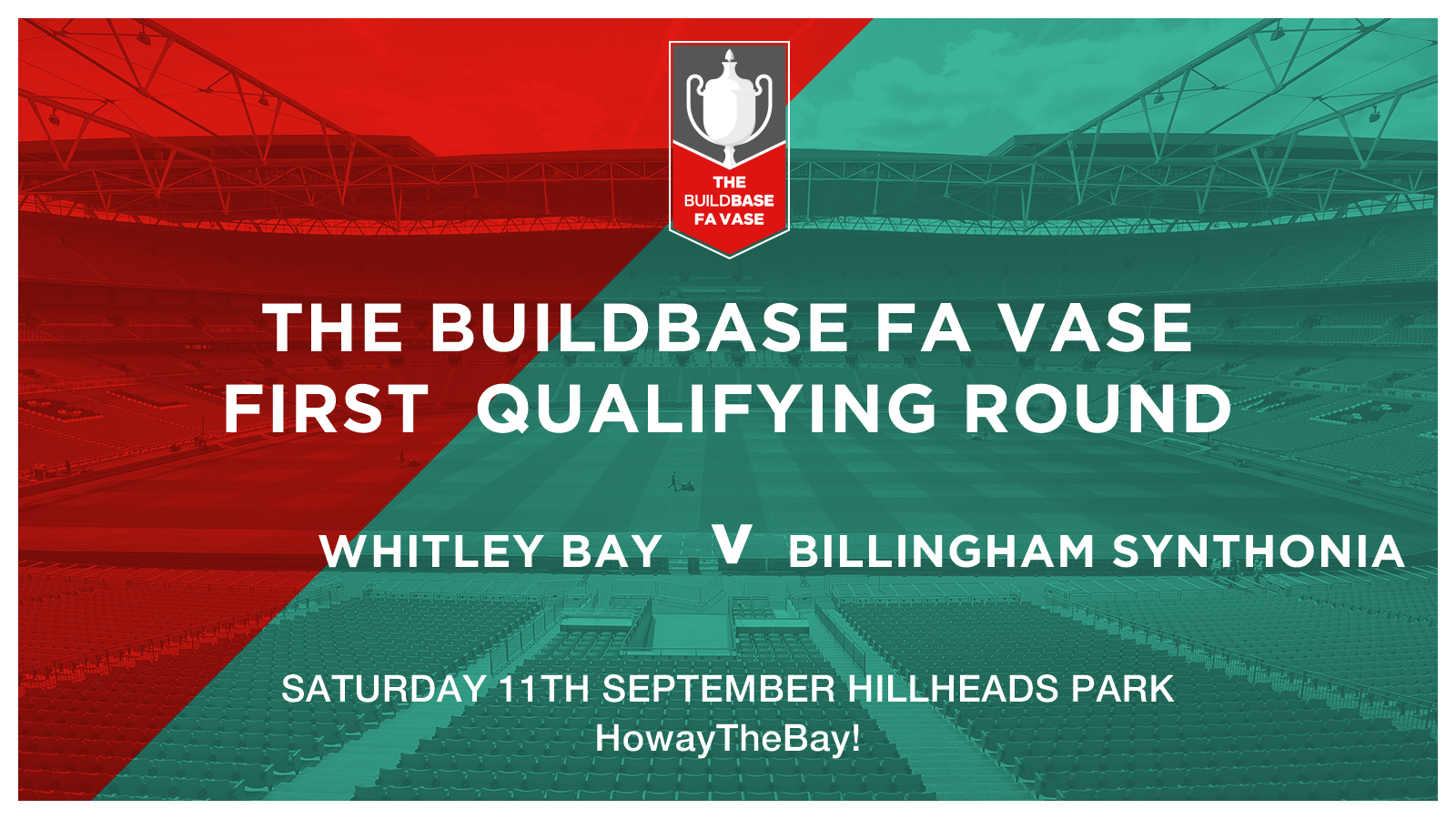 After their record breaking success in the competition between 2009 and 2011, Whitley have failed to make an impact in the FA Vase over the last few years and at this stage of the competition last season suffered a shock 4-1 home defeat at the hands of Newcastle University. This season marks the 20th anniversary of their first Vase triumph, when they beat Tiptree United in the Final at Villa Park. During that remarkable run, Whitley needed replays to overcome Guisborough and Brigg but the rules have changed this season and there will be no extra time or replays, with games going straight to penalties if the scores are level after 90 minutes.

Billingham Synthonia have started the season very strongly and are lying in second place in Division 2. Add to that the fact that they are the League's top scorers with 35 goals from 12 games and it is clear that this will be a tough game. Whitley are hopeful that some of the players who have missed recent games through injury may be available for selection this afternoon.

A Bay fan who wishes to remain anonymous has donated a Whitley Bay home shirt as the top prize in today's raffle. The winner can select the shirt size and if they wish can have the shirt signed by the players. Tickets are available at the programme kiosk and the winning ticket will be announced at half time.

With a sizeable number of fans travelling up from Teesside, a good crowd is expected and fans are advised to arrive in good time.