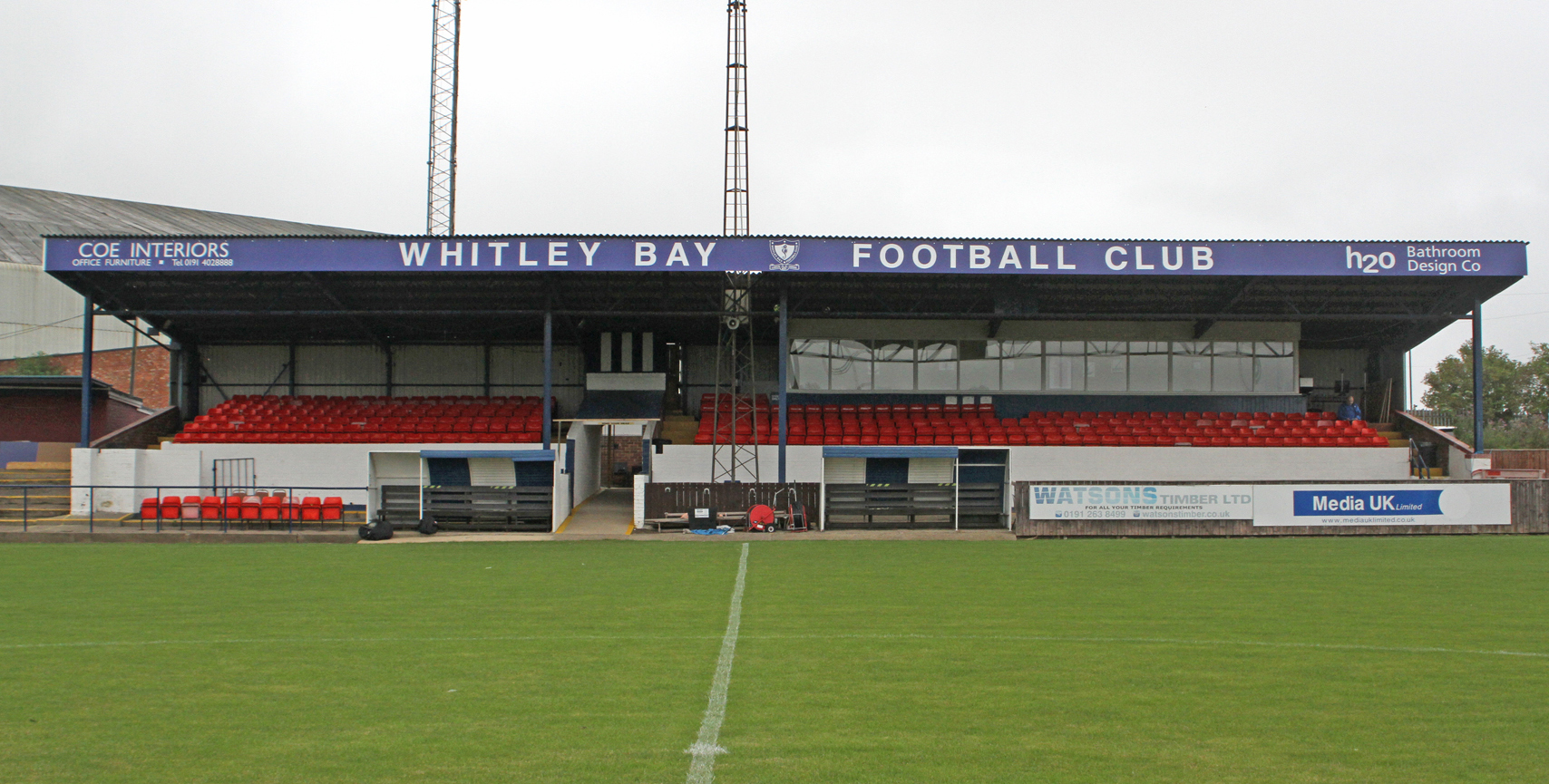 Whitley complete their Northern League season with the eagerly anticipated North Tyneside derby against North Shields tomorrow (Good Friday).  While games against our nearest rivals are always keenly contested, this is the most significant for many years with the Robins needing just one point to become League Champions. They were expected to claim the title on Tuesday evening but suffered their first defeat in ten games going down 2-0 at Newton Aycliffe.  Even a Whitley win is unlikely to deny North Shields the championship as they will still have two more games to play next week and have a much superior goal difference to second place Consett, the only side that could overtake them.

Whitley come into the game after a 2-0 victory over Sunderland RCA last Saturday guaranteed their First Division status in what has been a disappointing season. Manager Nick Gray, speaking after Saturday's match said that the derby game would be an important one for his players. "It's a local derby and there’s no hiding place. They’re a team that looks certain to win the league so they’re obviously the best team in the league.  It’s our last game of the season and now we're safe in this Division we can go and express ourselves, play with freedom and play with enjoyment. Our fans have been fantastic this season and as with all local derbies, there'll be a big crowd and a great atmosphere."

There are numerous links between the sides, with the North Shields management team Marc Nash and Anthony Woodhouse formerly manager and assistant at Hillheads. Both previously played for the club with Woodhouse being a member of the Bay side that won the League title in 2007.  Many of the North Shields squad have also played for Whitley Bay but one notable absentee from this game will be defender Chris McDonald who suffered a fractured knee cap less than two weeks ago.

The match sponsors for this game are Element 3, Air Conditioning Plumbing and Heating and we would like to thank them for their support which is greatly appreciated.

Kick off is at midday and the gates and clubhouse will be open from 10am.  Payment is cash only at the turnstiles but tickets bought for last season's game which was cancelled due to Covid are valid for this game.

With a large crowd expected, fans are asked to arrive early to avoid lengthy queues at the turnstiles. Admission is £7 adults and £5 concessions and to speed entry to the ground it would help if spectators could have the correct change.