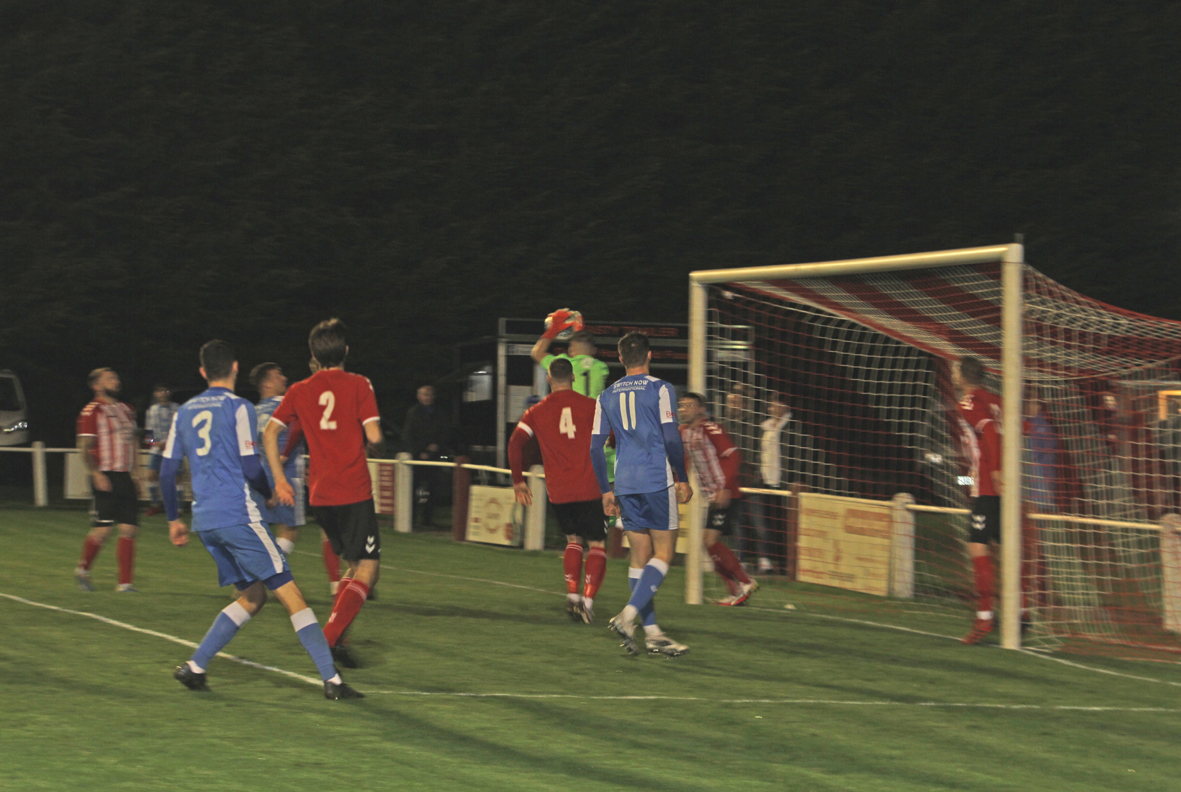 It was a bitterly disappointed Derek Forrest who spoke after Whitley’s 3-0 defeat at Sunderland RCA on Tuesday evening.  “It was a really bad start, decision making has cost us. We need to play out from the back at the right time, we’ve talked about it, don’t play it out when you’re under pressure. But that’s what we tried to do, after a bit of pressure we played out, they got a corner and ultimately we conceded the first goal. The second came quickly and then you’re chasing the game. It doesn’t matter how many passes you’re making and how many times you go down the sides, you’ve got to get in the box and score goals and that was missing tonight. I’ve got to be really honest, I think we could have stayed there all night and never scored. We were missing forwards, obviously Shanksy’s injured and he’s a huge miss and that’s disappointing. Second half we made a couple of changes, went back to 4- 4-2 and moved the ball a little bit better but still with no end results. And if you’re not scoring at one end you’re always going to be under pressure and doing a lot of defending, and they scored a third goal and that’s really the end of the game.

“There were one or two performances but not enough on the night. You need all 11 at it. On Saturday we didn’t have that and it was the same again tonight.  In the Northern League you can’t play with 5, 6, 7 or 8 you’ve got to have all 11 at it. I feel a little bit for some of the new lads who’ve come in, Sherrard’s had a decent game tonight but there were not enough people around him to support that. You need 11, you can maybe get away with one underperforming or even two but definitely not when there are more than that.

“In the first half we’ve done well enough down the side with Richard Coulson, and Michael Speed has done a lot of work as a lone striker in a 4-2-3-1. He’s done a lot of running, a lot of work but we didn’t have the final penetration that’s needed. At the back it wasn’t really Dan Lister’s night but he still made some really good saves. When you parry shots as a goalkeeper you’re disappointed when it’s not your centre half kicking it away and it’s the centre forward sticking it in the net.

“We’ve got to get back on the training ground, give the lads belief and get the confidence back up. With ten days before the Redcar game we should get some faces back and ready to play, people like Adam Shanks and Scott Lowery, they’re good players and big players at the club. Hopefully Callum Anderson’s injury’s not too bad. We look solid with Callum there, and then there’s Tom Smith who has done really well. When you start to mention 3 or 4 players you’re talking about maybe a third of your team and you’re always going to miss good players.”