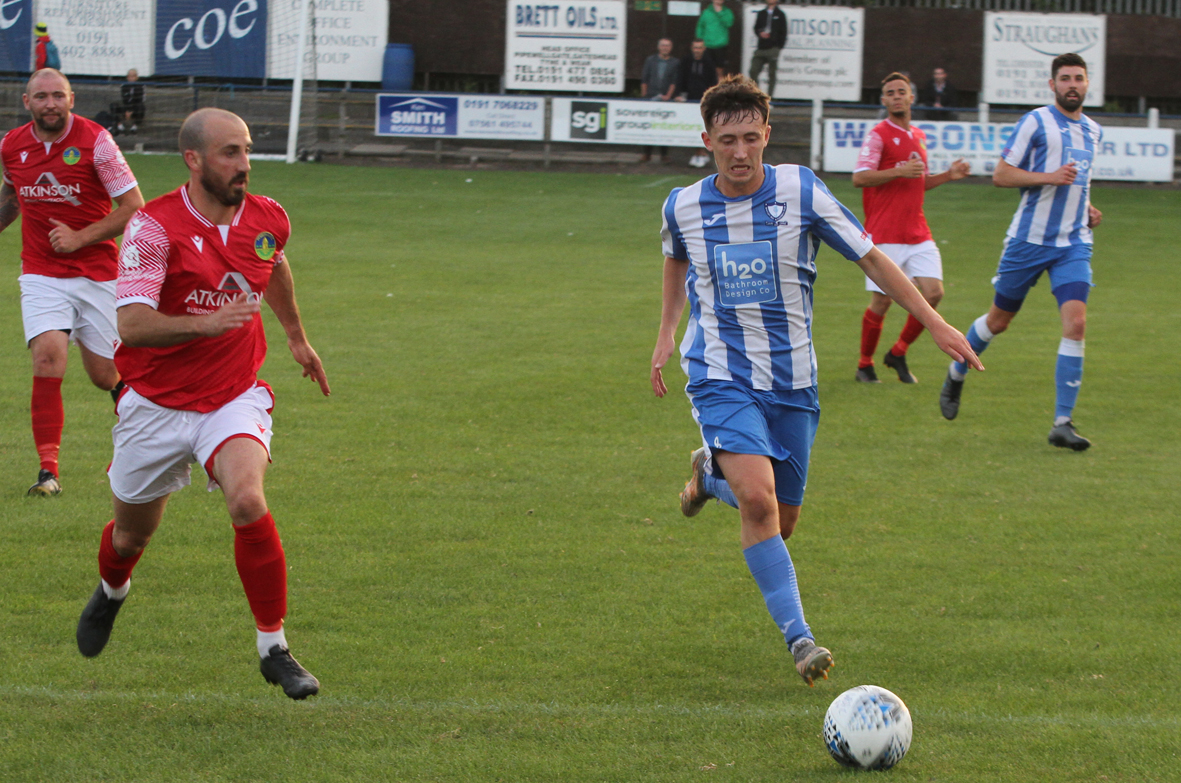 Joint manager Derek Forrest highlighted the team’s failure to convert their chances in his assessment of last night’s 3-2 defeat at home to Penrith.

“I’m really disappointed. We talked about getting a good start and that they’re coming off a bus after a two hour journey so we should get after them, but it turned out that they got after us and that’s disappointing. They’re a good well organised side, big strong lads and when you’re playing big strong lads you’ve got to move the ball quicker and faster and we’ve just not done that. That’s two games running where we’ve had chances and not converted them.

“In the second half I felt we had them hemmed in and they didn’t have the same energy they had in the first half, but they were always going to be dangerous on the counter attack.

“We can’t hide it; we’ve had lads who’ve had poor games tonight. Is that the effect of playing two games so quickly? Let’s hope so. I always felt like we could get something from the game but we’ve given them two goals and then we’re 3-0 down and even then I still fancied us. At 3-1 we’ve missed chances and they were still a danger on the break. It’s a bit of a lesson for us to be fair; it’s a typical Northern League game where you’re playing against big strong lads with desire. We’ve got to be ready for that and maybe for parts of the game we didn’t match that and that’s why they came out on top. You look at one of the goals, the lad’s chased it half the length of the pitch, put us under pressure and we’ve made a mistake and then it’s easy for them after that. You’ve got to give them credit for doing the dirty work and that’s something we’re not always prepared to do.”

Giving due credit to Penrith he added ”That’s probably one of the better Penrith sides that’s been around for a few years, prepared to do the hard work and that’s what we’ve got to be prepared to do for all of the game and not just when we’ve got the ball.”