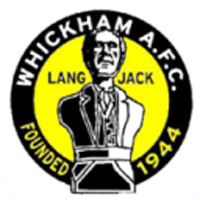 Whitley kick off the new season this afternoon at home to Whickham after what the management team have described as a 'difficult' pre-season, with Covid once again playing a huge roll. "We have had players isolating as well as players suffering from Covid. Having said that, we have managed to get some excellent minutes into people."

Almost all of last season's squad have signed on for the new campaign while there are several additions who have featured during pre-season. The new faces include Hishi Lama, a centre midfielder and Jason Chanayire, a speedy attacking player who has impressed on both left and right wing.  Among the other new signings are defenders Ben Gaffney and Rhys Williams,  midfielders Henry Dorward and Sean Dippenaar and forwards Khalid Kharufa and Joe Malone.

Looking ahead enthusiastically to the new season, management duo Tony Fawcett and Derek Forrest added "the players have acquitted themselves well considering the barriers in place and have welcomed in the new signings."

For the first time in more than 16 months, there is no limit on the number of fans allowed to attend and the club is looking forward to welcoming supporters old and new. for what will be the first of three consecutive home games.