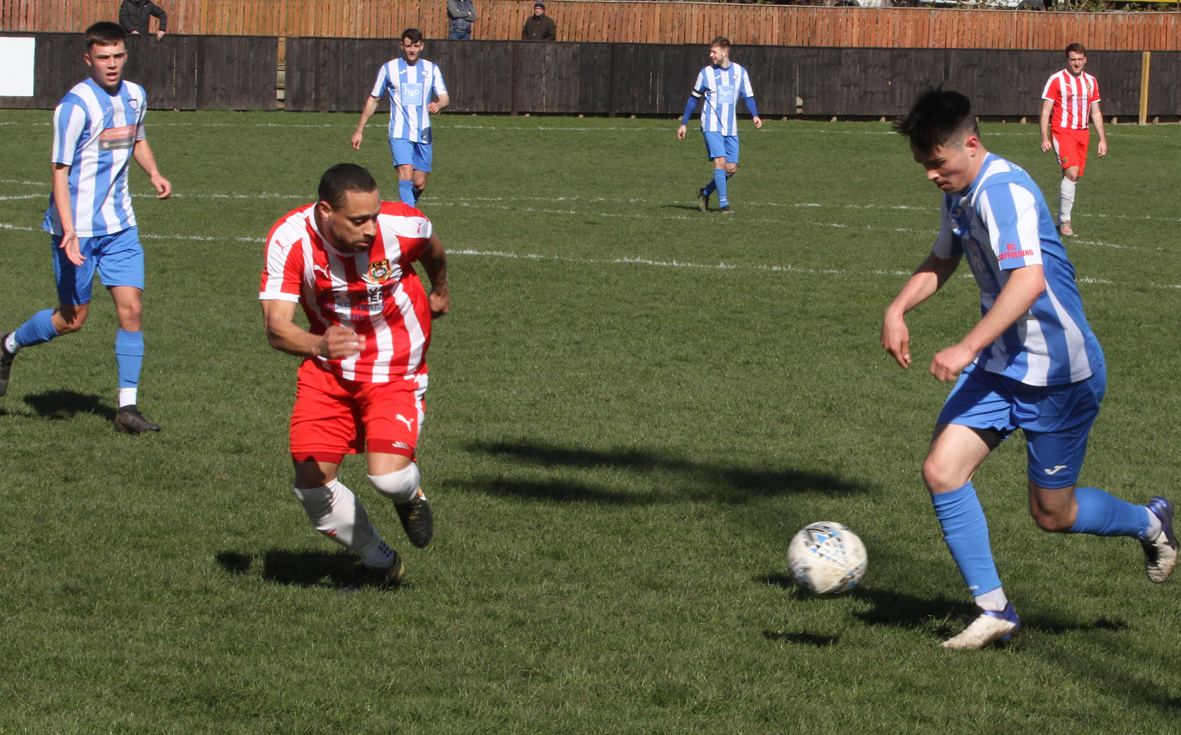 After Saturday’s 4-1 defeat at home to Ryhope CW, Bay manager Nick Gray admitted that he was struggling to come to terms with what he had seen.

“There are not many times I’m lost for words on football but today is one of them. Let’s be honest, their team’s not had to work hard enough today to score goals against us, and we didn’t create lots. We were poor today, probably on the same par as the pitch which was poor. The goals were give aways and inexcusable. We look like we’re playing with fear, we look like don’t want to get on the ball. To be fair it’s difficult to get the ball on this pitch.  It’s a tough, tough day, the lowest day since I’ve been here if I’m honest.

“We showed a bit of character in the second half but we can’t start games after 45 minutes. We did start the game quite lively, but then we conceded the penalty, the defender’s been caught on the wrong side. The second goal we’ve got a really comfortable chance to clear the ball but no one tells the player who’s free that he’s got time to play the ball....and who’s quickest to react? Them!

“Yes we started ok but you’ve got to look yourself in the mirror and you’ve got to take things at face value. Our best player today was Bailey Geliher, a 16 year old player. He had hunger, desire, effort, wasn’t afraid to get on the ball, wasn’t afraid to try things and when he lost the ball he tried to get it back. We’ve been led by example by a 16 year old and that shouldn’t have to happen. This is all good experience for him and he can only get better and improve but when your man of the match by a mile is a 16 year old it shows you where we are as a club. You look at Jon Weirs who came on for them today and played on Tuesday. He was man of the match by a mile for them on Tuesday.  We had him here this season, then the other Weirs (Matty) who went to RCA, we shouldn’t be losing that type of player. We’ve lost some good players and you could ask the question why. It is a huge task we’ve got. It hurts me more than anyone and I work hard to try and put it right.”

Other results didn’t go Whitley’s way with all of the bottom four picking up points but as the manager was quick to point out, our concern should not be about what other teams do.

“You’ve got to look after yourself, and we’re not helping ourselves. It’s a huge game next week (against Sunderland RCA), another home game on a difficult pitch. We’ve got to re-group and all we can think about now is next Saturday. Good teams have a reaction to a defeat and I thought we’d have had a better reaction today to what we did on Tuesday.  I say to players if you play well you keep your shirt..how many players did that?”

Zack Bewley, who dislocated a shoulder in the game at Guisborough last week was at the game, wearing a sling. Nick Gray told us “Zack is going to have a scan to see if there’s tear in the shoulder. We’ll know better about his recovery then but we’d like to hope he’ll be available for the start of next season.”