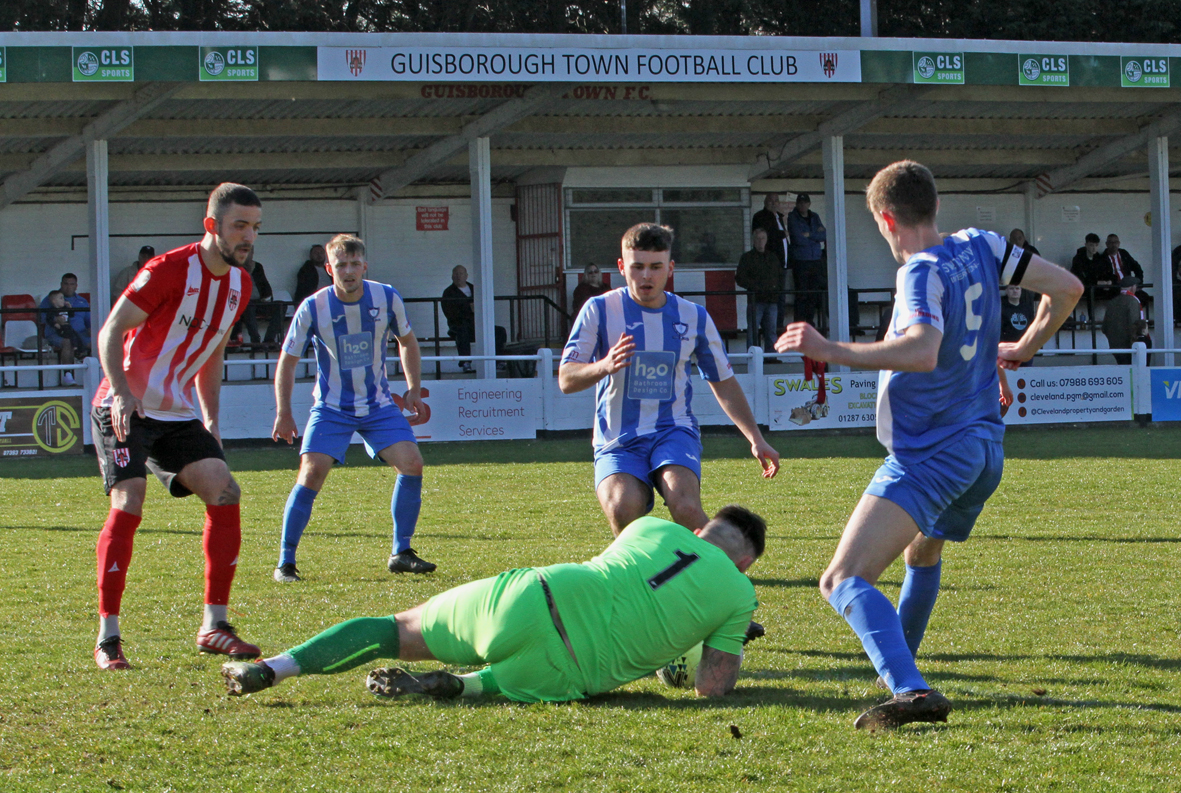 Whitley earned a valuable point from their 1-1 draw at Guisborough Town on Saturday and manager Nick Gray thought it was a fair result. “First half I thought we frustrated them. It wasn’t great, the only way they were going to break us down would have been through a lack of concentration or conceding in the wrong areas. Second half we had a bad start, conceded in a couple of minutes from a set piece which I was disappointed about. But credit to the lads they kept on going, got an equaliser and then in the last 10 - 15 minutes I thought if there was one team going to score, I thought we might have got it but I was still concerned about conceding a goal. I’d have taken a point before the game so I’m happy with it. They (Guisborough) are a form team so you’ve got to give them credit for what they’ve been doing. I think you’ve got to give our lads credit as well for sticking in and digging in. I think it would have been tough on us overall and not a fair reflection if we’d lost that game. So I think we deserved something out of the game but probably no one deserved to win it.”

Overshadowing the well deserved point was the injury suffered by Zack Bewley just 20 minutes into the game. “I’m gutted for the lad, it’s a dislocated shoulder. We’ll have to look after him, see how he is and we just wish him a speedy recovery. He’s definitely out for the season so he’ll be gutted. He’s been smashing since he’s come in, he’s a good lad and it’s a sour point for the day.”

The injury forced an early reshuffle of the side. “Jackson Ward came on and we had to move a couple of things around and changed the shape in the first half to stop them getting on top of us. We made changes at the end again. You don’t like subbing a sub but it was simply for the team and to see us through. We’re happy with the point.”

Looking ahead the First Division Cup Quarter Final at Ryhope CW, Gray hinted at some changes to the side and also highlighted the reward for the winners. “We’ll freshen things up on Tuesday, there’s some hungry lads there and there are some tired legs, but it’s a semi final at home that we’ve got if we can get through.”