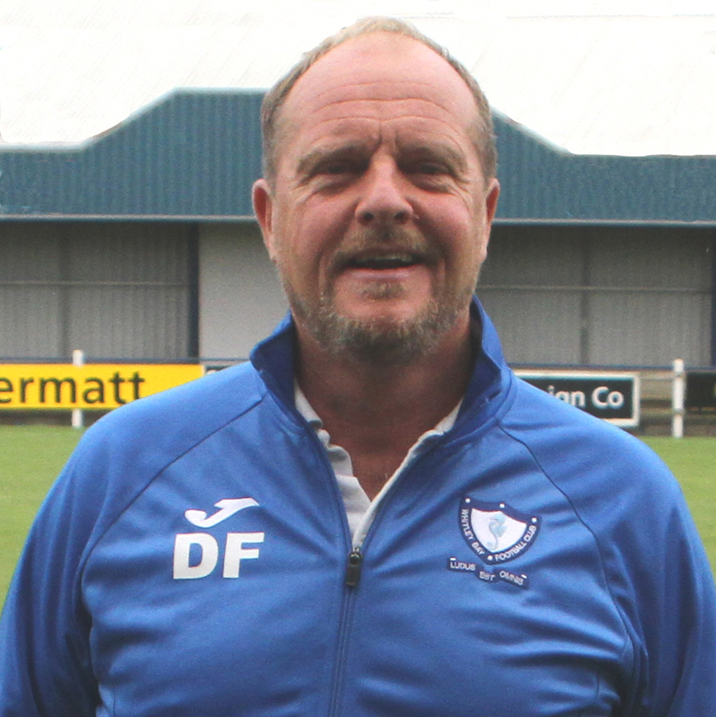 Derek Forrest was understandably very disappointed to lose his first game as sole manager of Whitley Bay FC, following the departure of Tony Fawcett.  “When there’s been so much work behind the scenes and then you’re behind after seven minutes of the first game, it’s the worst thing that could have happened, but then we scored two good goals, the Whitley Bay flow’s back there, and you start to think ‘this is it’. But to concede again and come in 2-2 at half time it’s disappointing. We just needed to keep our heads and keep in front. They’ve scored one very good goal but defensively it was our mistake.

“So it was 2-2 at half time and we chatted about what we can do better but the second half was very bitty. When we went behind it was poor defending but then we got anxious, we forced things forward instead of still playing and passing and doing exactly as we’d done first half, but for one reason or another, there was anxiousness, we were forcing it and that’s something we’re addressing. But even at 3-2 we looked like there was a goal in us, there was a chance, but we kept forcing it, playing it too long. I look back at the game and think Seaham looked like they were hanging on but then right at the end we conceded a penalty and it's game over.

“We’ve got to be really honest and say that too many times this season we’ve conceded too many goals and it’s a conversation we’ve been having but we can’t keep having it. We’re just conceding at key times.

“There are no Tuesday games at the moment and this has come at a good time for us so we’re training twice a week.  We’re just asking for that little bit more from the players. It’s a big club and we want to make the club proud of the players and the fans be proud of the team.”