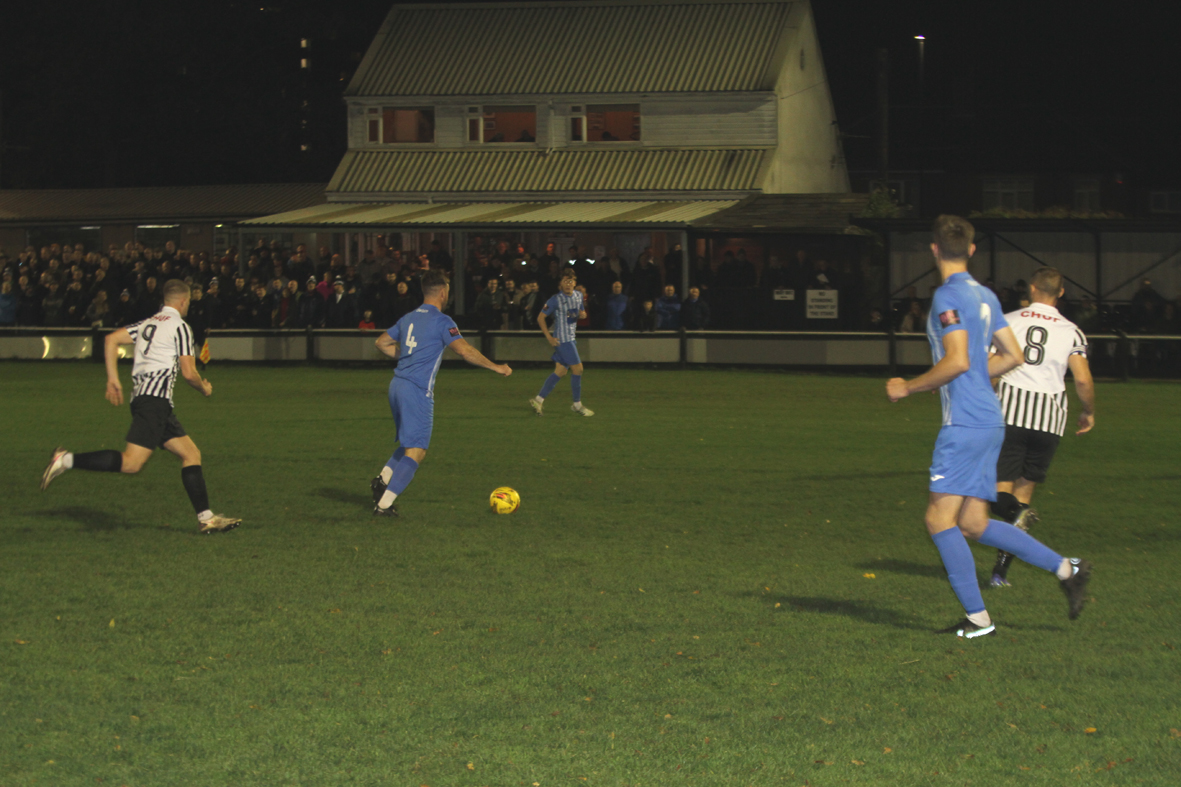 Whitley scored twice in the last five minutes to claim a 2-1 victory at Heaton Stannington on Friday evening but while he was pleased with the final score, Bay manager Nick Gray was far from happy with his team’s performance over the 90 minutes.

“It’s Hallowe’en this weekend and that was a horror show from us!” was his initial reaction.

“You’ve got to take positives and we kept on going. We don’t give up but we’ve got to start learning to take things on board. I think when they went down to ten men we just thought it was going to be game over, but fair play to them they made it hard work for us. They got their noses in front by a sloppy pass and sloppy defending when we didn’t get close to them, but the subs have made a difference today which of course is what you want.”

Both sides had a man sent off in the first half and while he could understand the decisions of the referee, he commented “If you go in with high tackles now you’re liable to get sent off. Whether I agree it was a sending off is another matter, however the words I said to the team was ‘once that’s happened they’re always going to look to match it up.’ And how we got caught on a one v one there, we should never have been exposed as we were with an extra man. We didn’t learn from it.

“In the second half we said that they’re going to come at us. We haven’t played well first half and haven’t done well second half, but we’ve got out of jail!”

The goals came in the last four minutes and as the manager said “They were just about our first two shots on target!  Listen, we didn’t give up but you’ve got to give credit to the opposition. I thought they worked hard to stop us.

“I thought our best player was the youngest player on the pitch, Bailey Geliher. I thought he was terrific; great on the ball, worked hard didn’t get despondent if he lost the ball. He kept on going. The subs came on and they all did well. Listen, we’ll take the three points and we’ve got to learn from it. I’d rather be learning from winning games than losing them.

“We’re on a great run and teams are going to make it hard for us and they certainly did today. We’re grinding out results but that’s what we’ve got to do. We’ve got to realise where we are with a squad, we’re still a young squad, we’re trying to learn about each other and it was a difficult pitch.  We gave everything but didn’t play well, but we’ll take it.”

When asked about debutant keeper Pat Nash, Nick’s replied “He did well. It’s good to have competition all over the pitch. Dan’s not done a lot wrong, but being honest I want Dan to get better and you’ve got to remember Dan’s just 23 and we want competition everywhere on the pitch, to push each other because you cannot win things with just 12.  You need 18, 19 players. Everywhere we need players stepping up to the mark.

“We’re on a great run and you’re going to have bad games but when you play poorly and win games you definitely take it. We didn’t give up and it’s a happy dressing room. They know themselves they’re honest enough to put their hands up and say ‘I didn’t play well today’. You might not play well, and still get the results. Well that’s the sign of a good side! We’ll learn from today, I’ll certainly learn from it. We haven’t played great but we’ve won a game of football, so we take the positives and look forward to going again on Tuesday.”