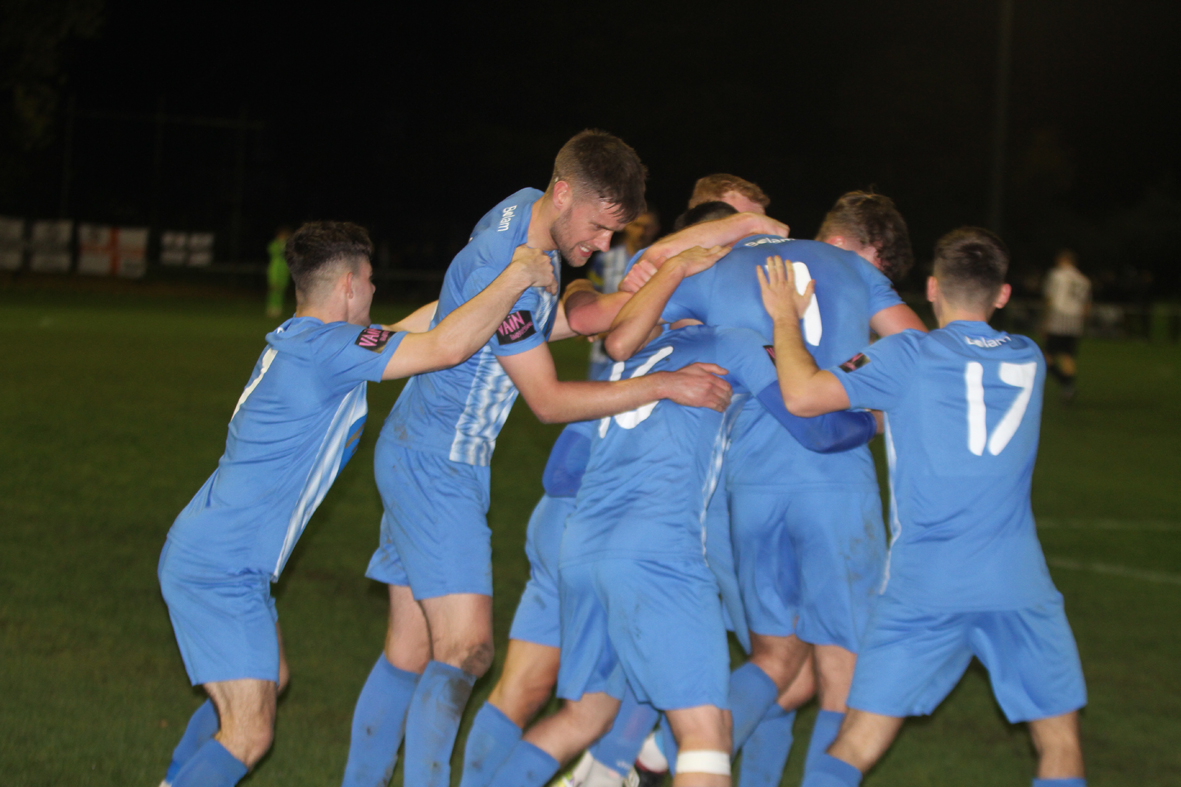 Whitley’s never-say-die attitude reaped rewards once again in a closely contested local derby at Heaton Stannington, where they scored twice in the last four minutes to claim a dramatic victory. By now, fans attending Bay games should know better than to leave before the final whistle, as this was the fifth game in their last six outings in which they have scored very late and crucial goals. As it happened, some of the bumper crowd of more than 800, the League's biggest of the season, chose to leave early to avoid congestion outside the ground and missed the drama that was to unfold in the closing stages.

In what was their second Friday night game of the season, Whitley handed a debut to 18 year old goalkeeper Pat Nash while Elliott Day returned to the starting eleven following injury.

The hosts, promoted to the First Division this season, came into the game on a five match winning run and boosted by having ended Ashington’s unbeaten start to the season in their last outing. While their confidence must have been high, they started cautiously, obviously aware of Whitley’s fine form. Perhaps surprisingly they did not attempt to test Nash in the early stages and were content to sit back and defend in depth, allowing Whitley the majority of possession.

Chances were at a premium and it was the 14th minute before the first real opportunity came, when Harvey Neary attacked down the right and crossed to Malcolm Morien who controlled the ball perfectly but saw his shot blocked.

Four minutes later, the hosts were reduced to ten men when central defender Jordan Watson was shown a red card for a dangerous two footed challenge on Ben Richardson which fortunately did not result in any injury.

The pattern of play continued with Whitley probing but struggling to break through a well organised defence. Scott Lowery saw a shot deflected behind for a corner which was safely defended.

A rare attack by Heaton just past the half hour saw the ball played in from the left behind the Bay defence. Louis Anderson poked the ball onto the post and back into the arms of Nash, but the assistant had raised his flag for offside.

A similar move with a long ball played down the left six minutes later proved costly for Whitley when the electric pace of Konner Lamb took him past Adam Hutchinson with a clear run on goal. The Bay defender clipped Lamb and received the second red card of the game, to even up the numbers to ten a side.

Still Whitley looked the more positive side and two attempts from Cameron Brewis were blocked before the impressive Bailey Geliher forced Purvis to save with his feet.

Apart from the two red cards, there had been little to excite the large crowd, with a rather subdued atmosphere as the half ended goalless.

The early stages of the second half brought a much more positive approach from Heaton, who immediately began to show attacking intent and pushed Whitley back in defence but without troubling Nash.

When Whitley broke downfield, they posed a greater threat and Morien saw a close range shot well blocked by Purvis almost on his line.

The home side were awarded a free kick just outside the Whitley box when Day was penalised for what appeared to be a good clean tackle, but justice was done when Nash comfortably save a well placed but weak kick.

Just before the hour mark, Day played Morien through on the left but the striker’s first time effort flew well off target.

Passes were going astray and the hosts capitalised on one such mistake when a ball from Brewis in the Whitley half was intercepted by substitute Jordan Lashley, who ran at the Bay defence, went past Michael Hall and slotted a fine shot into the far corner of the net to put The Stan in front.

With 20 minutes to go, Whitley made substitutions to try and change the course of the game but twice could have been caught out by breakaway attacks from Heaton. Lamb drove a shot narrowly wide before Anderson fired high over the bar when well placed.

Those incidents apart, the home side seemed content to sit on their lead and pack their midfield. Whitley were struggling to find a way through but given their recent record of late comebacks there was always a feeling that the game was not yet lost. The substitutes began to make an impact and in the end it was their contribution that decided the game.

Four minutes from time, Geliher, arguably the man of the match, played the ball through from midfield to Josh Gilchrist, who cut in from the left and when he was challenged by a defender, the ball ran loose and from almost 25 yards out Adam Patterson sent a great first time shot just inside the left post, leaving Purvis rooted to the spot.

Back on level terms, some teams would have gladly settled for a draw but not the current Bay side. In the 88th minute, Heaton went down to nine men when captain Richie Slaughter was sin-binned, and 60 seconds later, the game was turned on its head when Whitley grabbed a sensational winner. Michael Hall played the ball forward to Sam Irons who in turn found Harvey Neary, who worked his way through a packed defence before powering a tremendous shot across goal and into the far corner of the net.

There was no way back for the home side and Whitley were soon able to celebrate another remarkable late comeback.

While it was certainly not a vintage performance, it was another important victory and extended Whitley’s unbeaten run to 16 games.