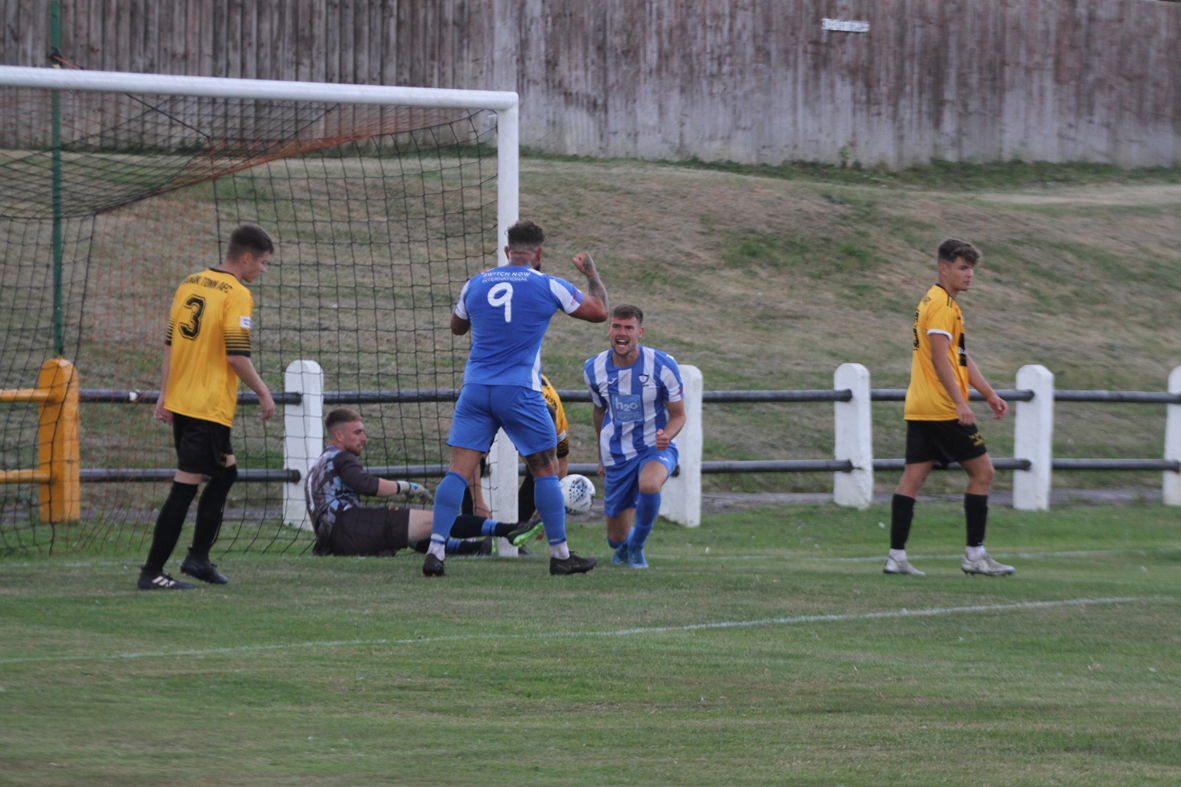 Assistant manager Liam McIvor was full of praise for the team after their convincing 3-1 victory at Crook Town on Saturday. “The lads have jumped on board very quickly and the winning mentality has been established so we’re in a good place at the minute.”

As for the game itself, an early goal set Whitley on their way. “I think after we went 1-0 up, we stopped being as aggressive with the ball, the urgency stopped a little bit and we gave a very poor penalty away which brought them back in the game. But we got back in front before half time. Then in the second half I thought we upped it a level, I don’t think they could cope, they didn’t create anything really. We’ve defended very well as a team. On another day it could have been five or six, but yes, it was a great three points.”

Whitley are not relying on any one player for their goals, with both Ben Richardson and Sean Taylor getting their first of the season at Crook.  “We’re scoring goals, we scored three today, we kept a clean sheet on Tuesday! I said to the lads before the game there’s no one can touch us when it clicks and when it clicks it’ll really click! We’ll score goals and win games. It’s five out of six now and it keeps us right in the mix. When you’ve got good players, and there are some great players out there, they’re a pleasure to watch.”

Reflecting on the goals, he added:  “The first one, there’s not many players who could keep that down the way Ben kept it down. I will say that he’s got an unbelievable technique. The second one was fantastic. We played it out from keeper to midfield then out wide to full back, a great run by Sam and a great dummy by Malky for Sean to score.

“And Luke Porritt, I don’t think the full back got a sniff today with Luke. He created lots of chances and it was another great ball in - it was the fourth time he’d done him - a great ball in and a great header by Scotty to make it 3-1.”

Whitley now have a free midweek, their first of the season. “We’re over the moon, just two training sessions and we can work on things. I think that’s key for us as we push us on. It’s a huge game against (Sunderland) RCA away next week, and hopefully we’ll have Stephen Turnbull back from injury.”