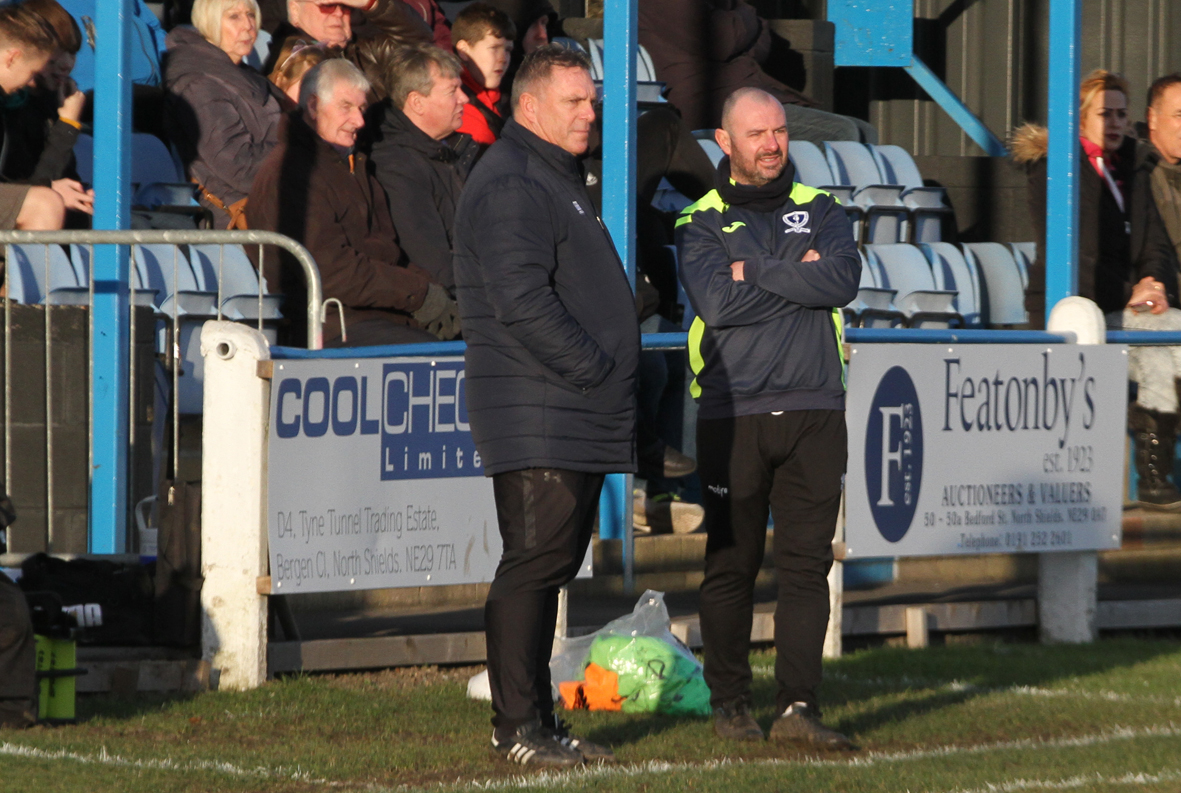 Bay’s new manager Nicky Gray saw his side go down 4-2 at Newcastle Benfield on Saturday and while it was obviously not the result he was hoping for, he felt there were still positives to be taken from the game.  “It was a great start, I was disappointed when we conceded but we went ahead again then we’ve conceded again. I think it’s key when you score to shut up shop for the next 10 minutes. Not once but twice it’s happened to us. We were down 3-2 at half time, but in the second half actually I thought we played the better football and were going to get something from there. I thought fitness levels need to be better. I think we went too long at times; we told the lads they’ve got to be confident on the ball, we’ve got to be looking to play through the thirds but I think the problems come from a lack of confidence and lack of fitness so we’ll build on that. I’m under no illusions where we’re at but the lads have given their all and I can’t ask for more. So we go again, what we need to do is we all stick together and we’ll come through the other end. There will be changes on the way, that’s up to the boys who are here. What they’ve given this week I can’t ask any more effort wise, but we need to work a bit more on the quality and the fitness levels which obviously won’t happen overnight. They’ve been buoyant this week, they’ve shown great attitude and a great hunger this week and they’re all disappointed in there, which is pleasing. I said when we win you’ve got to enjoy it and when we lose you’ve got to hurt. So they’ve given their all, there are positives yes, but there are things to work on.”

Kevin Mirzakhanian, signed 24 hours before the game was brought straight into the side. Gray commented “He did well on his debut, he tired a bit but he’s new to the group so doesn’t know the lads yet. Another one who I thought did well was Shaun Dippenaar when he came on and he looked composed. Also Bailey Geliher the 16 year old who came on towards the end, he’ll be a good player, he wasn’t frightened to get on the ball. There’s no one didn’t give their all here, they gave their best, worked hard, we just fell a bit short. I thought 4-2 was a harsh score line. I thought second half we were going to get the equaliser. As I say I’m under no illusions, it’s going to be a challenge but I’m up for the challenge. I hate losing!  We’ll get it right and the quicker we do it the better. We need everyone, players, staff and fans all going in the right direction and I’ve no doubt they will be.”