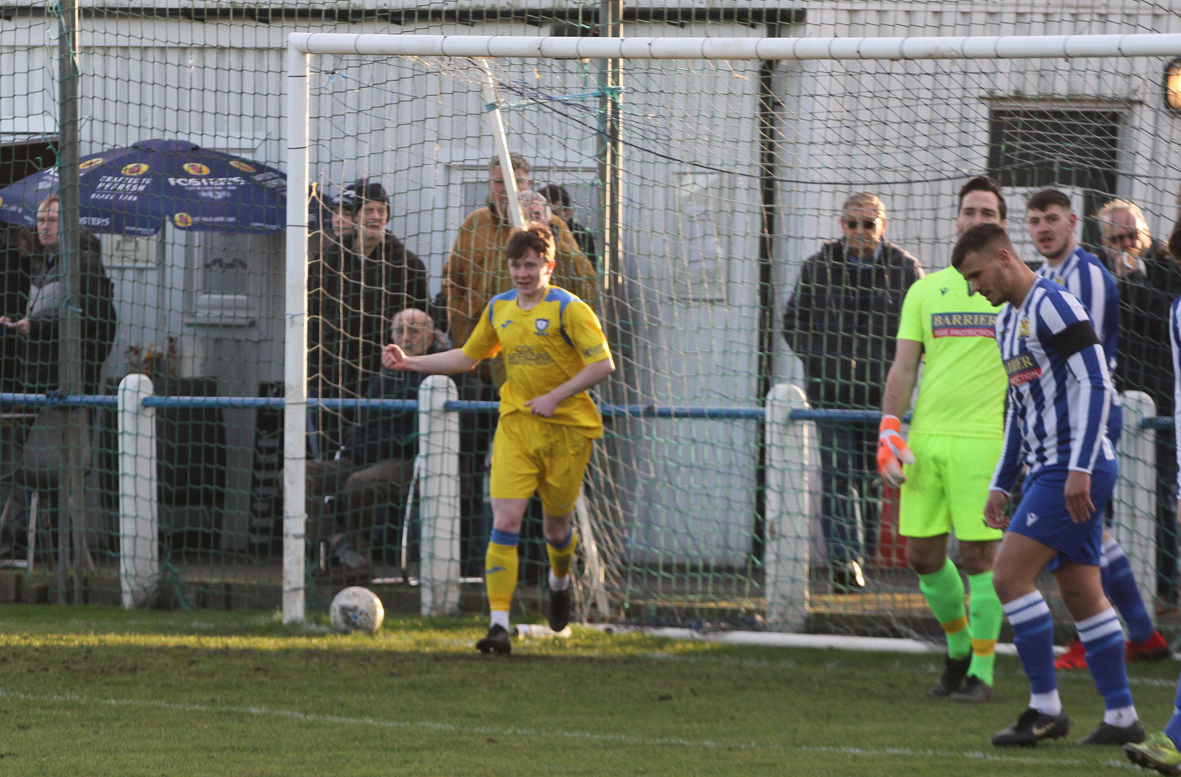 Nicky Gray’s first game as Bay manager got off to a dream start as he saw his side take the lead inside three minutes but Whitley’s defensive frailties of recent months were soon evident as Newcastle Benfield fought back to take the points at Sam Smith’s Park.

Whitley were without Scott Lowery who was suspended following his red card last week but nine of the side who played against Bishop Auckland retained their places in the starting eleven. Benfield meanwhile, under recently appointed manager Colin Stromsoy, fielded four ex-Bay players.

The opening goal came when Jack Beverley cut the ball back across goal from near the right corner flag. From inside the six yard box, Josh Gilchrist guided the ball beyond the reach of keeper Andrew Grainger and it appeared to be heading for the far corner of the net but Matthew Coaley, on his full debut, was taking no chances and poked it home from close range.

The lead lasted little more than three minutes, though, as Connor Walker burst through on the Benfield right and drilled a low shot between Dan Lister and the near post. The action continued at a rapid pace with the home side doing their best to test Lister, who had a very low sun to contend with as he raced out to block a shot from former Bay midfielder Aiden Haley. One the quarter hour, Whitley very nearly regained the lead when Grainger was unable to hold a shot from distance above his head. The ball slipped from his grasp but he reacted quickly and snatched it just as it was crossing the line.

Undeterred, Whitley were back in front just three minutes later. Beverley breaking forward down the right before playing a perfect ball into the path of Malcolm Morien who confidently slotted it home from 20 yards.

Once again they were unable to hold on to their lead as Benfield drew level within five minutes. Two of the home side’s former Bay players were involved in the goal, Peter Glen-Ravenhill, out on the right, sending a low ball across the face of the Whitley goal where Ryan McGorrigan headed home at the back post.

The entertainment continued as the game swung first one way then the other. Coaley broke through the home defence and looked set to restore Whitley’s lead but Glen-Ravenhill’s last ditch tackle averted the danger.

Ten minutes before the interval, Benfield took the lead for the first time, when Whitley failed to clear a corner. Lister pushed the ball out to the edge of the box where it was driven back in and after a scramble in the six yard box, the ball was poked home by Joe Robson.

Just before the break, Morien nearly put Whitley back on level terms but his effort was kept out by Grainger.

After such an action packed first half, it was perhaps no surprise that the pace of the game dropped after the interval, with fewer chances as both sides attempted to tighten up their defences.

Lister saved well from the impressive Walker then shortly before the hour, Grainger pushed away a dangerous looking shot from Gilchrist.

Whitley’s approach work gave encouragement and new signing Kevin Mirzakhanian was causing the home defence some problems down the right and with crosses into the box but the end product was missing.

They were still very much in the game but five minutes from time Benfield sealed victory with a well taken fourth goal. Walker was the supplier, with an excellent crossfield ball to the back post where McGorrigan fired home giving Lister no chance.

It was a performance that showed signs of improvement on recent weeks but the new management team will be well aware of the task that lies ahead.