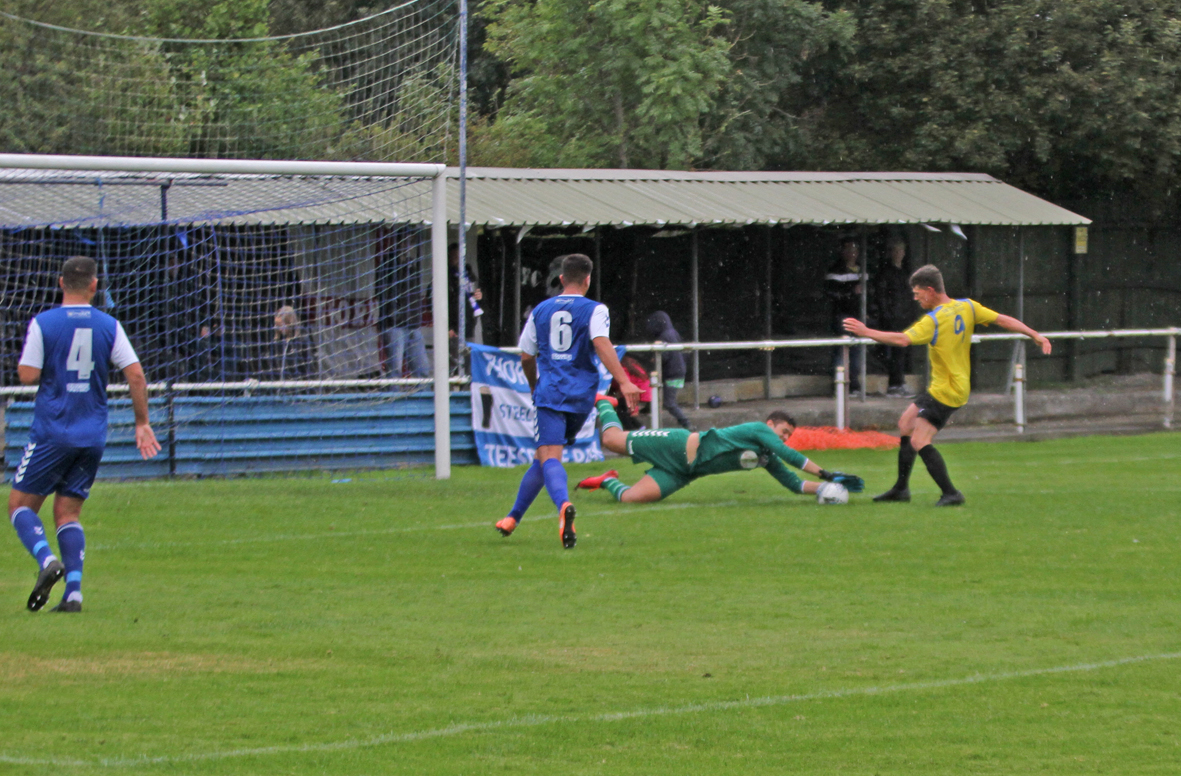 Bay manager Derek Forrest, though obviously disappointed, felt there were plenty of positive signs to come from yesterday’s narrow defeat at Thornaby.

“We lost but I liked the performance, I liked the structure. We had some new lads who will take a little time to gel but there’s a real belief there that things will improve and we’ll get better again. What cost us was the goal when there was an injury to their goalkeeper and there was a bit of down time. We were having a good conversation on the side and everybody was desperate to succeed and then they’ve immediately scored a really good goal with a back heel that’s unlocked us. Hutchinson was a threat all afternoon, he’s a good player and that really was one of the defining moments. We had a header over the bar; then we think we’ve scored underneath the crossbar. We think it’s over the line.

“Then as you could see, in the second half we pushed and pushed and pushed, put loads of good balls across the box, got loads of balls in the wide areas and so you wonder how we haven’t scored, come away with a point or maybe even three. I spoke to their boss afterwards and he said ‘If you’d won 2-1 we couldn’t have complained.’

The manager was happy with the performances of all three debutants. “They’ve all done well, the three of them and when you put two of them in midfield it’s a new combination but they’ve done really well, carried the ball and moved the ball well. We obviously want to get better in possession and we’ve done that really well. Young Tom Smith, that’s his first game at this level but you wouldn’t have realised. He never got a chance to play over the Covid times, just a bit of reserve team football. He did well with some good moves forward and he got some good crosses in. Michael Speed was here last year but with Covid, we never got him onto the football pitch. He’s going to be around all season now. I was pleased for him on his debut and with David Parker. They’re three really good additions to the squad.

“We all work hard, we work together and that will bring us results sooner rather than later.”