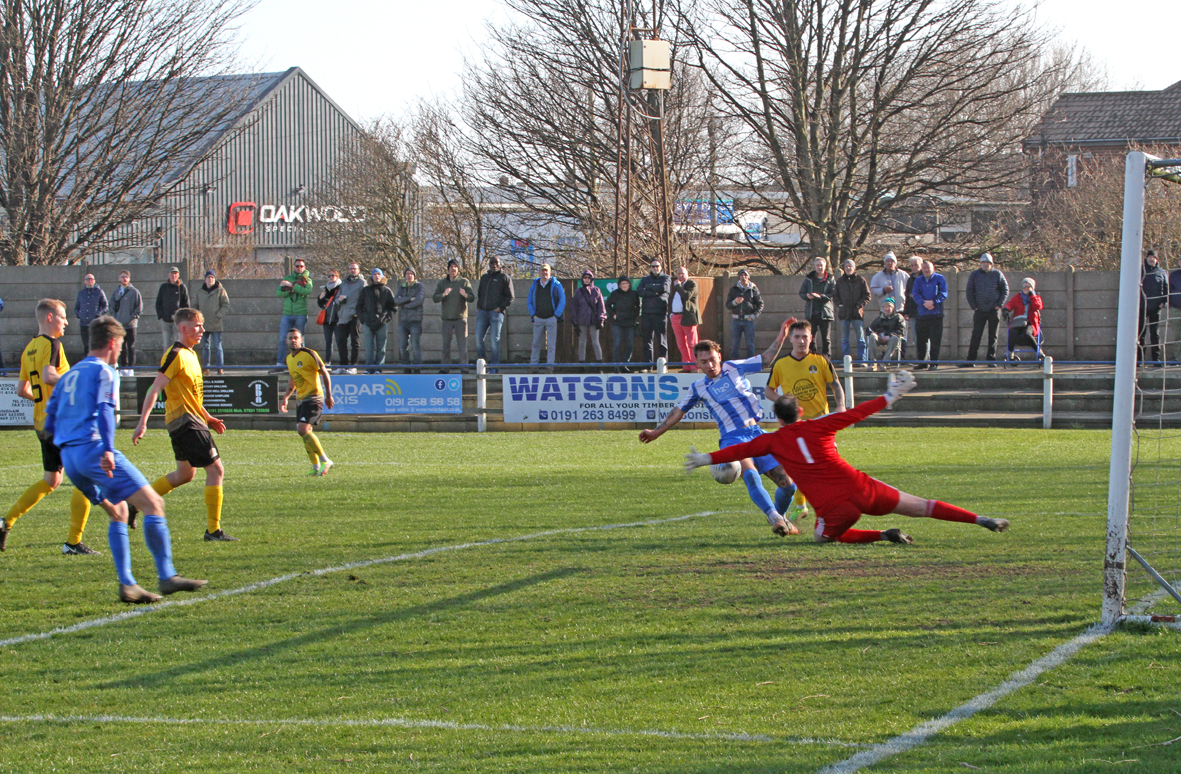 Bay manager Nick Gray felt that Saturday’s 2-1 defeat by West Auckland was harsh on his players. “I’m disappointed, gutted for the lads because they put a lot of effort in and I don’t think they deserved to get beat. We tried to play good football on a difficult pitch. The goals we conceded were disappointing, poor goals to concede because the opposition didn’t have to work hard to score against us. So that was disappointing but look, we kept on going. The lads put in a great shift today and the lads who came on, like those who came off, they put in a good shift like everyone did so it was a disappointing result. But there are more positives than negatives and if we continue to progress playing like that, we’ll get points before the end of the season.

“I look at where we were six weeks ago and where we are now and we’re in a better place than we were then. That’s what we look for, progress, and I think there definitely is progress. There’s still a lot to work on, we know that there are things we need to improve on but you got to put the negatives right and have the positives."

Gray felt Whitley had made it hard for West Auckland, especially in the second half “They know they’ve been in a game and couldn’t wait for the final whistle so that shows how far we’ve improved.”

Recent signing Zack Bewley scored on his home debut and his performance pleased his manager. “I was delighted for Zack to score. It got us back in the game. Defensively the second goal (just after the hour) was really a killer. We were doing well and but to go 2-0 down it’s hard, but credit to the lads they didn’t give in and that showed. They kept on going, we got a goal from Zack and then there was just one team in it. If there was going to be another goal it was going to be us scoring it, but unfortunately we didn’t.”