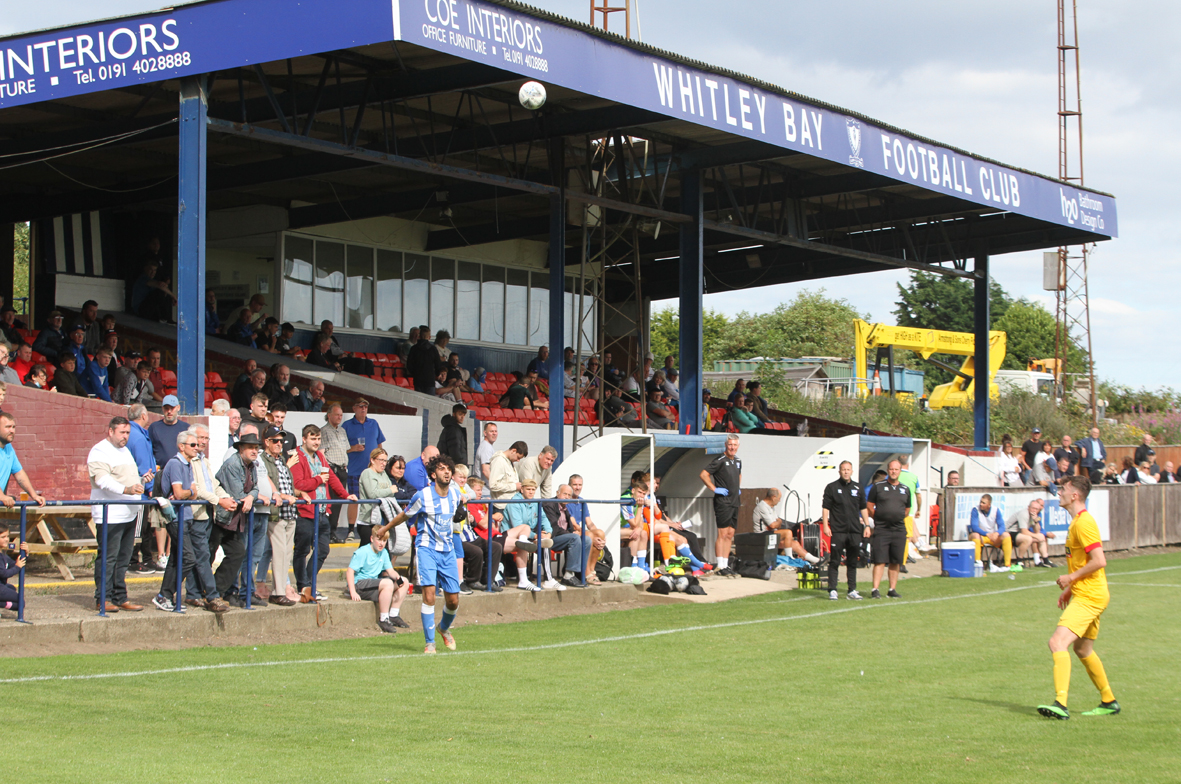 Whitley’s management team were understandably happy with the performance that produced a 2-1 victory over Newcastle Benfield on Saturday. Derek Forrest felt that the team started really well.

”I was really impressed with our start and we made chances. We’ve conceded with a goal that could have been avoided, so to go 1-0 down was quite devastating after a bright start.  When you start well it’s important that you score goals and we’ve not done that. You learn these lessons and eventually you cut your errors out and then you can win and win well.

“As much as we feel as if we’ve been in control we’ve also had to be cautious and grind it out, be wary of making that one mistake because then it’s a draw when you’ve deserved to win. You’re always on the edge with just a one goal lead.”

For the second game in a week, one Whitley goal was followed quickly by another which prompted Tony Fawcett to comment “They’re getting a habit for doing that. When they score one, they get a taste for it! I think overall we’ve thoroughly deserved to win the game. I think they (Benfield) have only had two chances and one was that accident that led to their goal.

“We played well, played some good football and created chances with Jason’s header and Shanksy hitting the post. You’ve got to punish teams especially when they’ve got the likes of Paul Brayson and Dennis Knight who you know will score goals. If you don’t take your chances and aren’t ruthless it can come back to bite you.”

Derek was particularly pleased with how effectively Whitley restricted Benfield’s attacking players. “I think we can give credit to our defensive play, we defended well. My frustration was we didn’t quite link up our play the way we normally do, we felt it was an opportunity missed, but we’ve won the game so I’m delighted.”

Tony added “We’re a good team and probably underestimated by a lot of the league, we’re young, we’re fit, we’re athletic, and we’re good footballers. If we can mix it, people are going to struggle against us. The performance levels of the players have been high, but they have to be high to stay in the team, because if they’re not they won’t stay in the team. There are people waiting in the wings who are good players so they all have to play well or they’re not in.”

Jason Chanayire has been impressing fans with his form since arriving in pre-season and came in for some glowing praise. “He’s an absolutely top class kid, someone you want in your changing rooms all the time, a really nice lad. He plays in the right spirit, he listens to any instructions you give him, he’s learning the game fast. I can only say good things for him, he’s really impressing us so he just needs to keep that good attitude up and making a contribution with goals as well.”

Looking back over the start of the season Derek commented “If you’d said after five games we’d have won three, drawn one and lost one I think we’d have taken it. I’ve seen one post about Benfield being the entertainers and we’ve managed to keep them down to one goal and that one was avoidable, so we’ve done well.”

Tony was very pleased with the way the team retained their lead in the closing stages. We handled the last ten well, we bossed the game. Scott Lowery has been a good substitution and used his head very well. We’ve got some experienced players, Adam Shanks and Scott have been around quite a while and know what it takes to win a game in the Northern League and did it well, keeping the ball and running down the clock.”