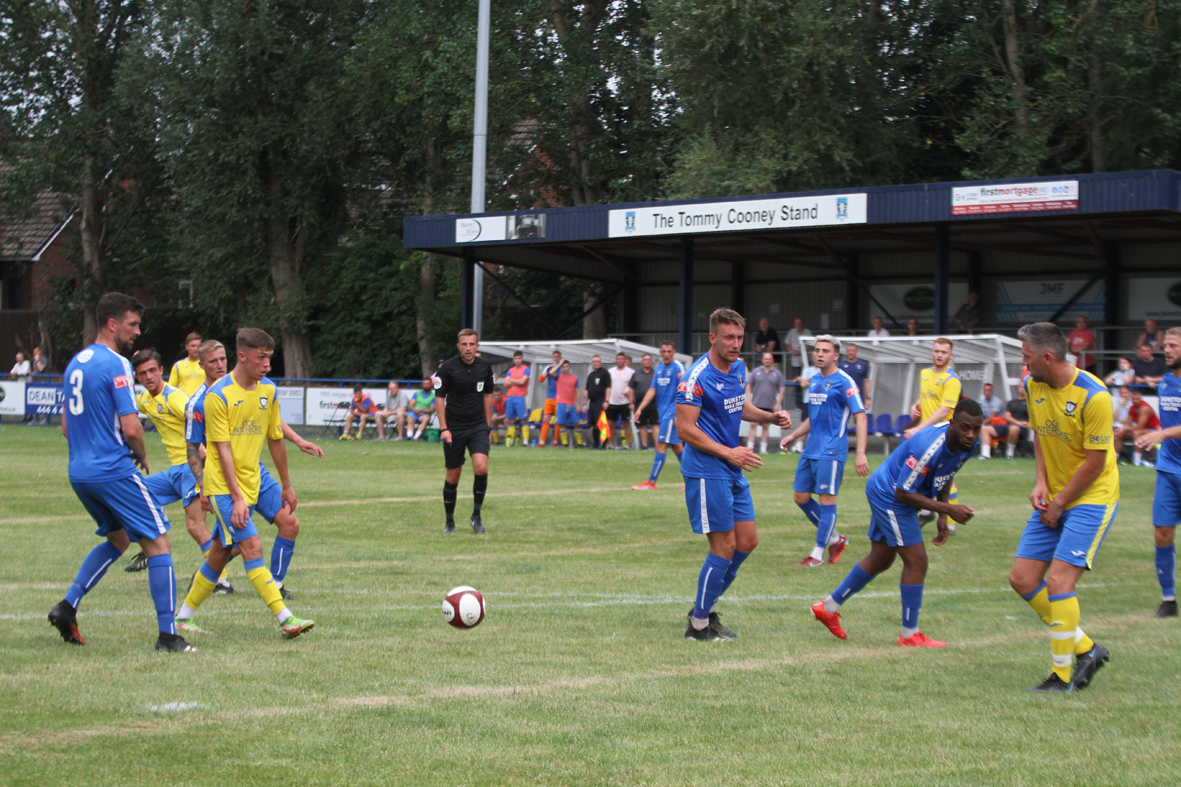 On the hottest day ever recorded in Britain, Whitley continued their tough pre-season programme with a fully deserved draw at old rivals Dunston, who are now operating in the Northern Premier League East Division.

With the temperature still around 30 degrees at kick off, the conditions proved a real test for both sides and drinks breaks were essential to keep the players hydrated. Ollie Cresdee started up front for Whitley and soon got a shot on target but it was Dunston who came closer to taking the lead a short time later with Bay keeper Dan Regan blocking a close range effort before an offside flag was raised.  There was little to choose between the sides but around the half hour mark, Whitley conceded possession on the edge of the box and two former Bay players combined to give Dunston the lead. Richard Coulson's through ball reached Jake Jensen who slid the ball past Regan. Whitley responded almost immediately and an attempt by Lewis Orrell brought a save from home keeper Anderson.

Both sides made changes at the interval as they attempted to combat the effects of the heat but inevitably the pace of the game slowed as the half progressed. Whitley's equaliser came just past the hour when Luke Porritt was tripped in the box and the former Dunston man stepped up to score comfortably from the penalty spot.

Whitley were now looking the stronger side and in the final quarter of the game twice came within inches of scoring a second goal. Jackson Ward broke clear on goal but from the right of the box put his shot wide of the far post. Then inside the last ten minutes Adam Shanks seized on a mistake in the Dunston defence and from a very narrow angle out on the left of the box fired in a shot which flew agonisingly just wide of the far upright.

At the other end, Whitley defended confidently and Dan Lister coped comfortably with the few attempts on goal.

Whitley are back in action on Thursday when they travel to Consett for their penultimate pre-season fixture.