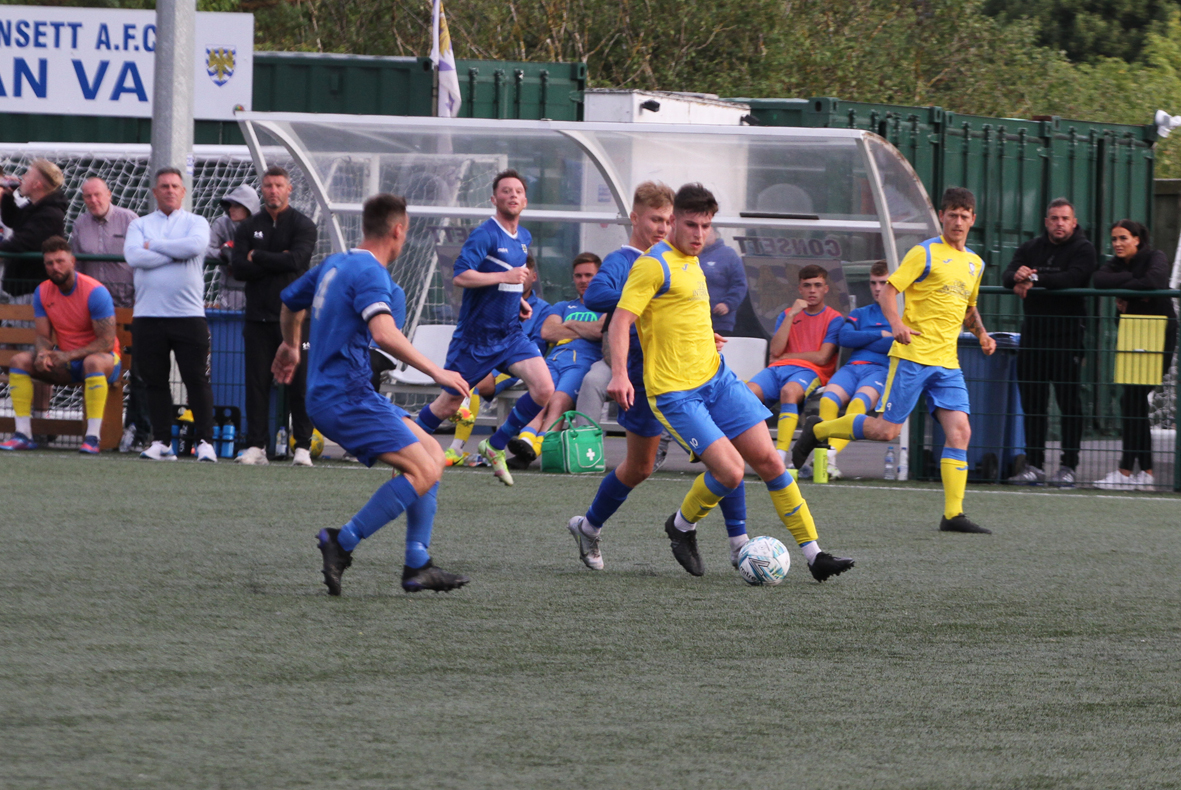 A goal in each half earned Consett victory in this latest pre-season fixture. The newly promoted Steelmen, looking forward to their first season in the Northern Premier League, rarely allowed Whitley a shot on goal and capitalised on their chances to secure the win.

The hosts looked the livelier in the opening stages and had the ball in the Bay net after just nine minutes but an offside flag had been raised in the build up. Whitley were defending well but a mistake in the 25th minute gave the home side space just outside the box and a powerfully struck shot by Darren Holden flew high into the net giving Dan Lister no chance.

Shortly before the break, Sean Taylor tried his luck with a shot from around 20 yards out on the right but the ball was just too high to trouble the Consett keeper. Almost immediately play switched to the other end and a header across goal went narrowly wide of the far post.

Consett nearly added a second goal in the 56th minute but a great save by Lister kept out Marriot's header. Just over a minute later there was little the Bay keeper could do when he was left unsighted after a corner reached the unmarked Bissett who headed home from the left of the box.

As usual in pre-season games, both sides made a series of substitutions as the half progressed. Midway through the half, Luke Porritt fired a shot inches over the Consett bar before substitute Oliver Cresdee wove his way past several defenders before getting in a shot that was saved by the keeper.

An entertaining game produced no further goals with some of the Bay squad probably still feeing the effects of playing in record breaking heat at Dunston just 48 hours earlier. Nevertheless it was a valuable exercise in developing match fitness ahead of the new season.

Whitley now have just one more pre-season fixture, their first at Hillheads, when Birtley Town are the visitors on Saturday.