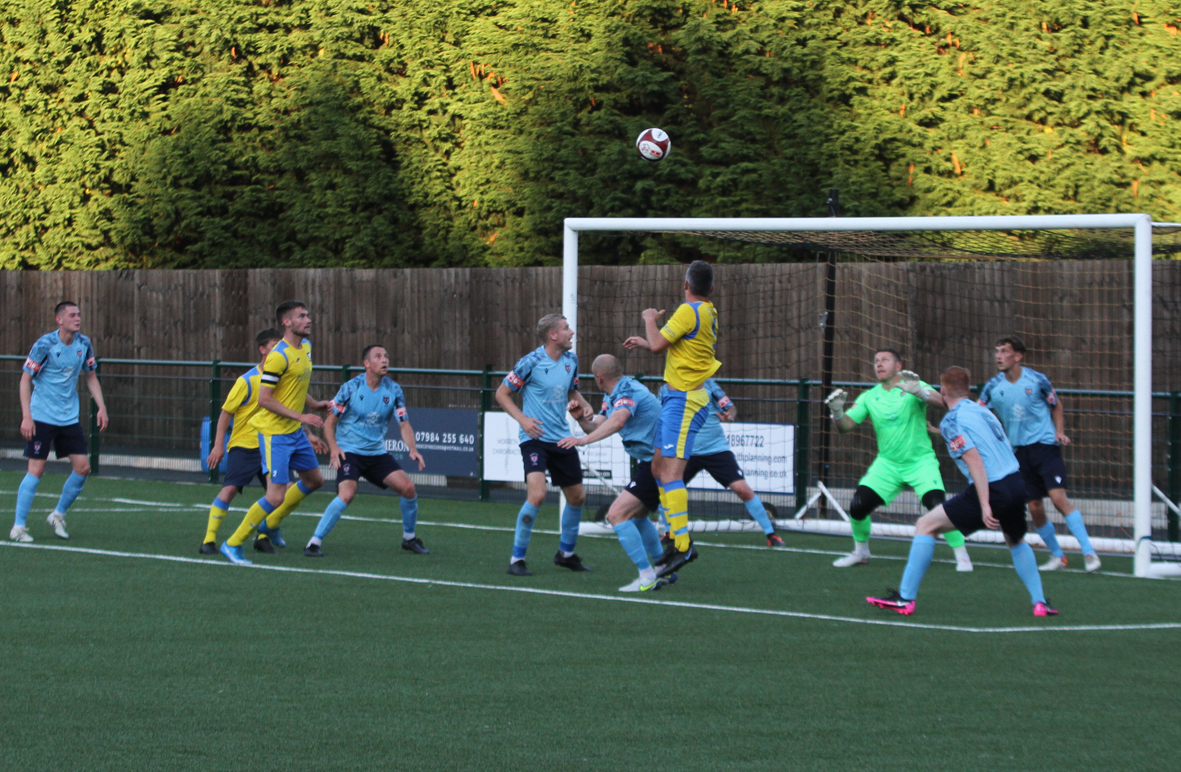 Whitley recorded their first pre-season victory with a very encouraging performance at Morpeth. Coming up against a side two divisions higher, Whitley more than matched their opponents who were playing their first game of pre-season. For manager Nick Gray and some of his new recruits, this was a return to their old club and they were welcomed by a good size crowd on a warm summer's evening at the ever more impressive Craik Park.

The home side looked threatening in the early stages and Whitley had to defend solidly, with keeper Dan Lister making a particularly good block to keep out a shot from former Bay striker Jack Foalle.  Another ex-Whitley stalwart, defender Chris Reid forced a save from Lister as the hosts looked for the opening goal then in the 23rd minute Jackson Ward almost put Whitley in front with a powerful effort from the edge of the box that Town keeper Dan Lowson saved at full stretch.

The deadlock was broken four minutes before the interval when Michael Hall rose highest from a left wing Bay corner to send a looping header towards the far post where Scott Lowery nodded home from close range.

As expected both sides made multiple changes at the interval and it was Morpeth who benefited first. Hesitancy at the back by Whitley conceded possession and Morpeth substitute Dale Pearson bundled the ball home to draw the sides level.

Unperturbed, Whitley continued to string passes together accurately and just past the hour, Harvey Neary fired in a shot from the edge of the box and the ball clipped the outside of the post with the keeper struggling to make his ground.

The winning goal came in the 72nd minute when Adam Shanks latched onto a well placed ball that cut through the centre of the Morpeth defence and he powerfully drilled the ball home from around 15 yards.

Whitley looked comfortable until a late scare almost saw a Morpeth equaliser but Pearson was denied by a last minute challenge.

Good performances across the squad made this a very positive night for Nick Gray and his side who are in action against higher status opponents once again when they travel to Dunston next Tuesday evening.