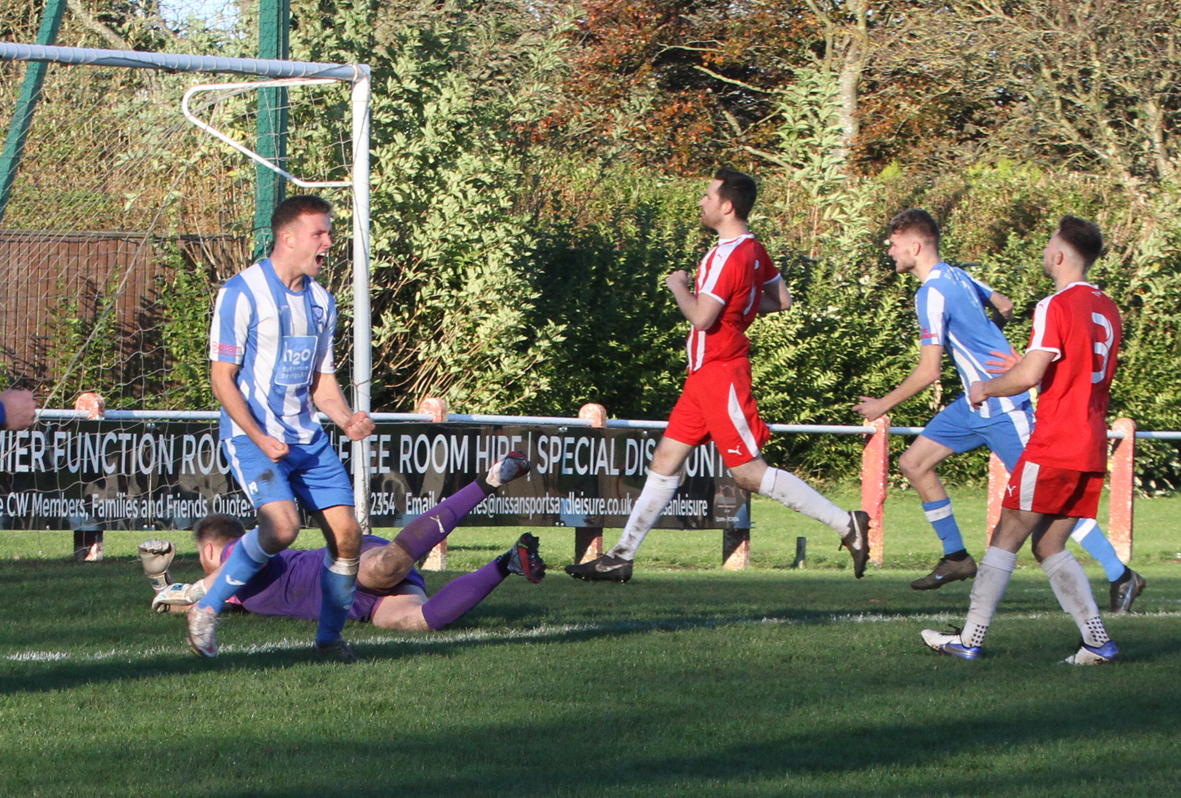 Whitley failed to build on their two encouraging wins in the previous seven days, and were punished for failing to take the chances they created early in the game. They could have been two goals ahead of in-form Ryhope inside 15 minutes but by the midpoint of the half they were two down and had lost Callum Anderson to injury. A spirited second half fightback raised hopes of rescuing a point but a late goal for the home side put the result beyond doubt.

Derek Forrest had to contend with a lengthening injury list ahead of the game, with Tom Smith, Scott Lowery and on loan striker Jamie Clark all missing from the side that started the game at Bishop Auckland in midweek. Adam Shanks was still recovering from a knee injury so recent signing Aidan Rutledge made his full debut in attack while club captain Craig McFarlane returned in defence along with Elliot Watson.

Whitley started brightly and should have gone ahead after eight minutes when Michael Speed, another player returning to the side, latched on to a poor back pass on the Ryhope right. He cut in, went round the keeper but with a defender closing down on him, he hit his shot against the post with the goal at his mercy. When Ryhope retaliated, Lister saved with his feet from Lay. Not long after, Rutledge was unable to capitalise on another great opportunity for Whitley with only Harkess to beat. Then with 18 minutes played, Rutledge’s header from Henry Dorward’s cross was saved by the keeper.

Barely a minute later, the Whitley defence was caught out when former Bay winger Robbie Bird crossed from the right and Lay poked the ball past Lister at the far post. Callum Anderson, only recently recovered from a back problem, had gone down injured and despite treatment was unable to continue. Before Whitley were able to bring on Luke Taylor in his place, they went two goals down after another ball in from the right was knocked home by Lay.

The two quick goals changed the momentum completely and it took a while for Whitley to find their way back into the game. Eventually a well struck long range effort from Gavin Dick was saved before Speed crossed to give Rutledge a great chance but it was to no avail as the offside flag had been raised.

Two goals down at the interval, Whitley went straight on the attack after the restart, putting pressure on the Ryhope right flank. Just eight minutes into the half, they were back in the game when Dunn played the ball down the line to Coulson, who cut in and played the ball across the 18 yard box where Speed fired it past Harkess. Three minutes later Dorward played a dangerous looking cross into the box but it was pushed clear by the keeper just ahead of Rutledge. An instant response from Ryhope brought a great diving save from Lister.

Whitley so nearly drew level in the 68th minute when pressure inside the Ryhope box saw a shot poked goalwards by Coulson crash off the post with Harkess beaten.

Ten minutes from time, Lister brought off another excellent diving save, this time from recent team mate Jon Weirs.

Whitley were still in with a chance of claiming a point but their hopes were extinguished when failure to clear the ball out of defence led to them conceding a corner and when the ball came in from the right, it bounced around the six yard box and was poked into the net for a rather scrappy but nevertheless crucial goal.

A shot from Dunn across the Ryhope box took a deflection off a defender but a goal kick was given, adding to frustration on a day when missed chances had proved crucial.