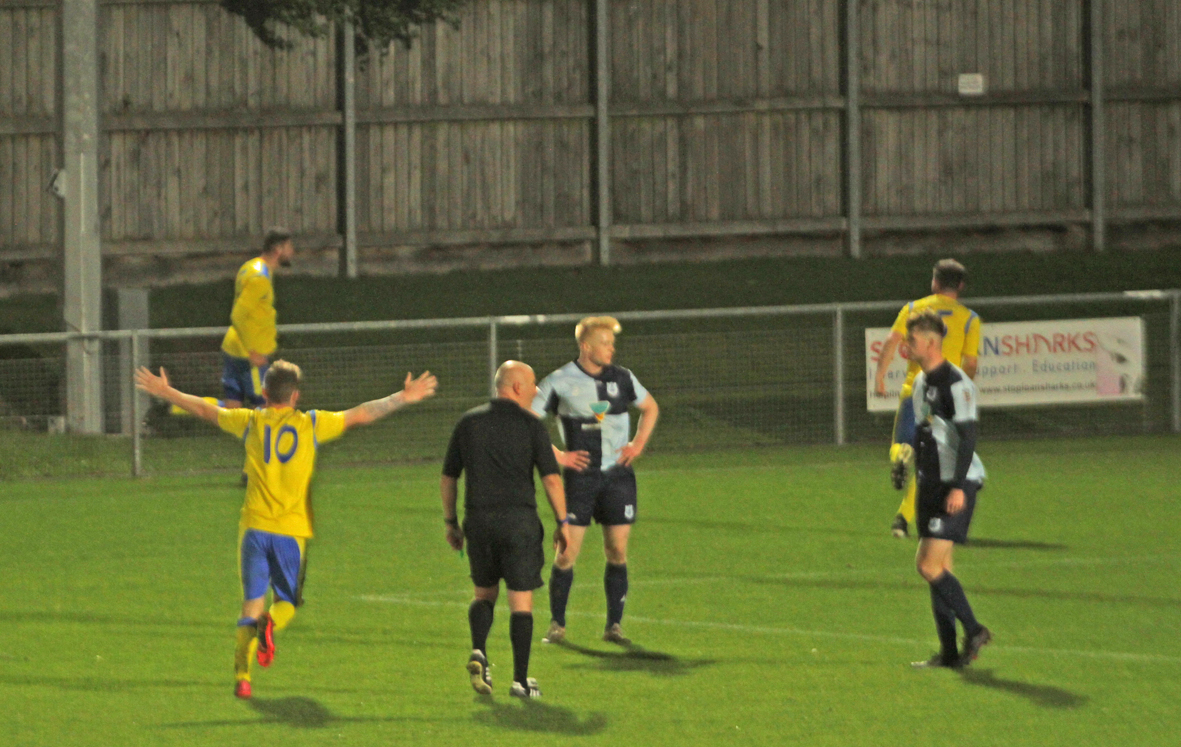 Manager Derek Forrest was full of praise for his side after a goal in stoppage time gave them a 1-0  victory in a wind affected game at Bishop Auckland.  “To win it with ten men and the nature of the goal, a great one for Jamie Dunn who’s been captain for the last two games, was fantastic.  I’m absolutely delighted.

When we got here and went out to have a look at the pitch, the sprinklers were on and the wind was so strong the spray was being forced over the fence. We had a chat about it, not only have you got to play the game but you’ve got to play the conditions as well. We decided that we’d go against it (if we won the toss) and we defended admirably, we defended the corners, defended the long throws.  The general defensive play caused them to make mistakes and we came in at half time delighted with that, but you can’t dwell on it because in those conditions you’re going to have a totally different second half.”

Injuries to Scott Lowery and Tom Smith forced changes midway through the second half and disrupted the defensive formation “They were huge blows, everything’s going to plan and then your plan gets taken away and it means a readjustment, so to come through all that and win 1-0 is just a fantastic achievement by the lads, and it’s all of the lads as well, because it’s a squad game. It’s the people who got us through Saturday and got us through today, it’s everybody. We want that whole club mentality.

“It was a much more open second half than we thought it would be. Early on it looked like we were going to dominate, passing, probing, then all of a sudden it opened up and they became a threat down our left hand side.

“Down to ten men you adjust your shape and you think you have to play on the counter. We thought the wind would definitely be a help at that stage but the game was open and you’ve got to be disciplined.  The goal itself started on the right with Jamie Clark and he switched it across and Dunny‘s cut inside and used his right foot. He scored here last year with his right foot so we’re delighted for Jamie as captain of the team and that’s two wins under his captaincy.

So it was brilliant to win a game in that dramatic style and keep a clean sheet when you’ve had to get though severe conditions. There was a really good belief tonight and now that’s six points from the last two games.”