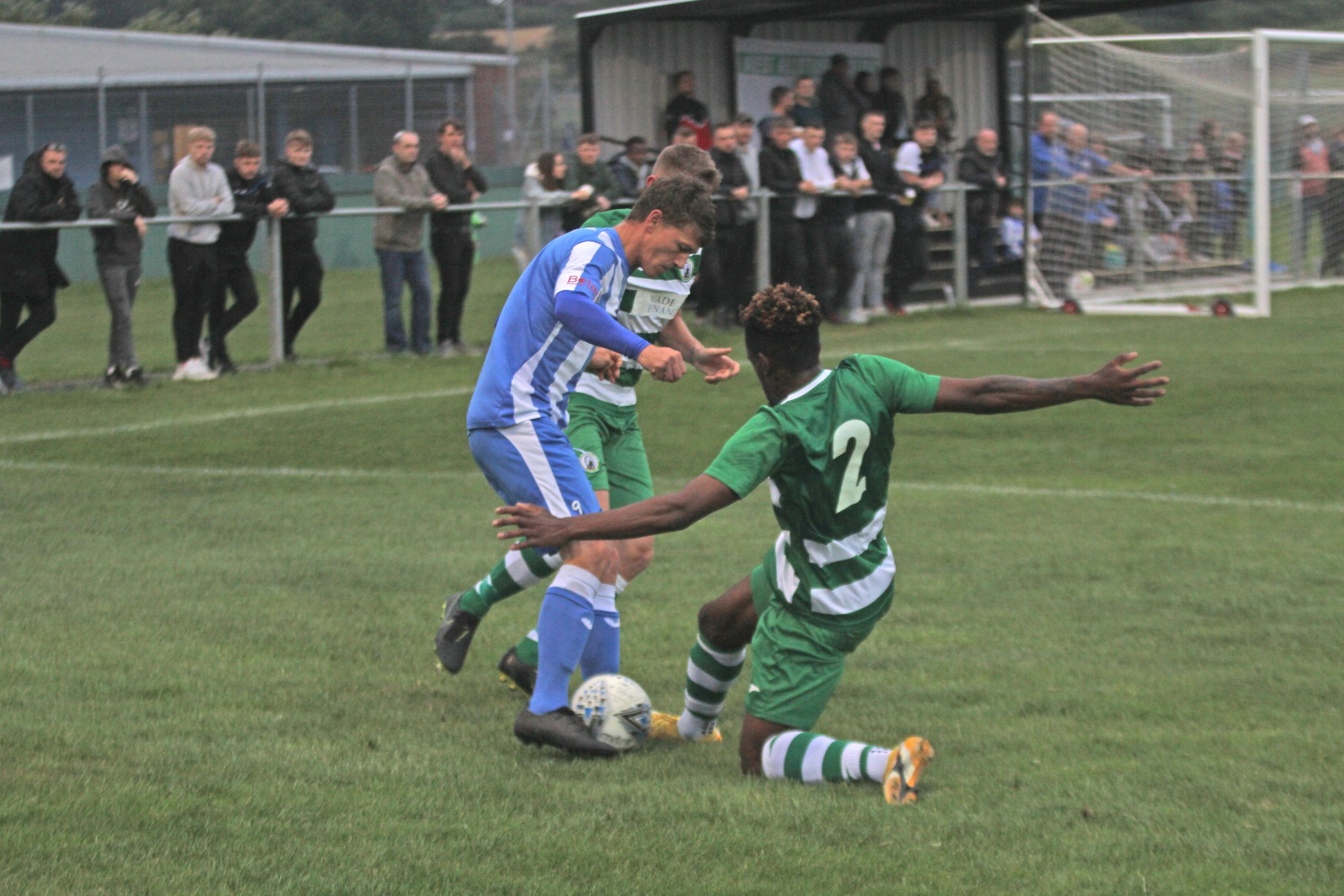 Given the recent form of both sides, this result will go down as a cup upset but West Allotment were much the better side on the night and thoroughly deserved their victory.

Whitley looked a pale shadow of the side that had performed so well in recent games and never really posed a threat until they were three goals down. A 15 minute spell of pressure briefly gave hope that they might rescue the game but it was too little and too late in the game with Allotment adding a fourth to ensure that it was they who progressed to the next round.

The first half was largely scrappy with few clear cut chances but it was the home side, looking livelier across the field who deservedly took the lead after 32 minutes when a ball over the top was not cut out and Regan Paterson ran clear before slotting his shot into the bottom corner beyond Dan Lister, with the Bay defence appealing in vain for offside. Two minutes later Whitley were awarded a free kick 25 yards from goal but Jamie Dunn shot straight at keeper Finn Hodgson who saved comfortably. Just before the interval, Hishi Lama picked up an injury and was unable to continue, with Matty Weirs taking his place.

Bay fans were hoping for a big improvement after the interval but that did not materialise. Whitley were being outmuscled and looked lethargic, and ten minutes after the restart, Allotment doubled their lead when Callum Larmouth controlled the ball cleverly inside the 18 yard box and fired home a low shot. If that was bad, it got even worse on the hour when the hosts were allowed to pass the ball neatly around the Whitley box and Larmouth was on hand to lash home into the roof of the net. Three goals adrift, it looked all over for Whitley but finally they stirred into action following a double substitution. A shot on target was only parried by the keeper and when the ball was played back across the edge of the box, Dunn drilled the ball into the net off the inside of the post. Whitley now began to show more urgency and pushed forward putting the hosts under pressure for the first time in the game. With 12 minutes remaining, a long ball forward from Jon Weirs was fumbled by Hodgson on the edge of his area and Malone had the simple task of slotting it into an unguarded net. Whitley were right back in the game now but Allotment nerves were steadied three minutes later when a free kick just outside the Whitley box was played beyond the defensive wall with great accuracy into the far corner of the net by Larmouth to complete his hat trick and end hopes of a Bay revival.

Their first visit to East Palmersville, the new home of West Allotment, was not one that Whitley, or their fans in the crowd of 410 will remember with any satisfaction, and they will be looking for a big improvement when they return for a league fixture in ten days. Before then, there are two home games, against Northallerton and Crook when they have the opportunity to bounce back from this disappointing cup exit.