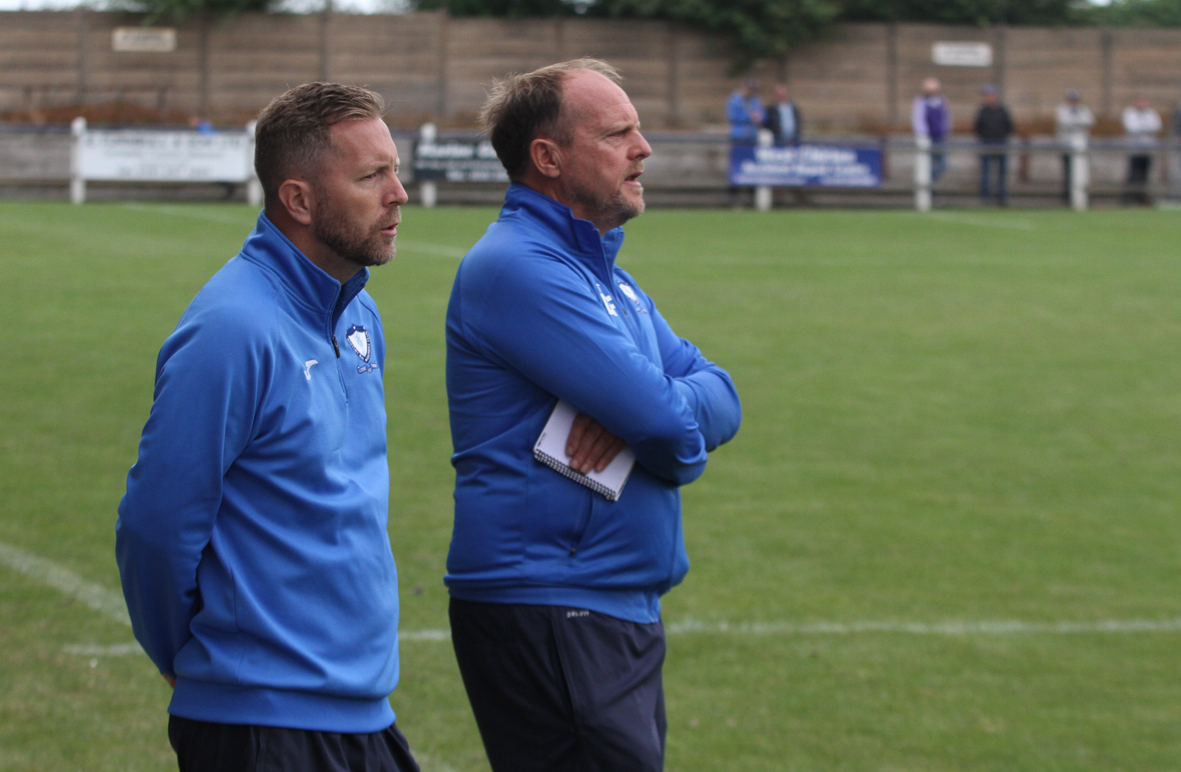 Bay’s joint managers gave their reaction to the 4-2 defeat at West Allotment Celtic in the FA Cup last night. Tony Fawcett was obviously very disappointed. “We’ve been well beaten tonight by a team who performed much better than us. It was a big occasion but on the night we’ve just not performed. Everything we’ve put in place has not worked for us. I’d question how hard we’ve worked tonight because they’ve definitely out fought us and out battled us and eventually out played us so we’ve been beaten by the better team tonight. When we scored our second goal there was still enough time left but we’ve just started forcing things a bit and gone back to our errors of the first half. The lads who’ve come on and the tactical changes have worked. There was a lot more energy when that happened but we’ve not competed for second balls in some key areas which has cost us and you can’t do that.”

Derek added “When we got it back to 3-2, we’d got a chance but we’ve got to learn the lesson when we move the ball out of difficult areas. We’ve dwelled on the ball and made a foul and they’ve scored their fourth goal from the foul.  I think our momentum at 3-2 was dangerous especially as they are a team that’s leaked a lot of goals, and at that moment I’d have fancied us to go 3-3 but as I’ve said once before this season, we’ve done our own damage by not moving the ball on the edge of the box, giving away a foul and the lad’s put the free kick away.  On a day like today I feel sorry for someone like Dan Lister. It was his first game back in goal and he’s had to pick the ball out four times. It wasn’t our night tonight. I felt like we were comfortable first half but their goals seemed to really get their tails up. In the first half we’ve never created any chances and that was disappointing.”

Tony agreed that there seemed to be a lack of energy in the team. “It seemed lethargic but there are no excuses for it. We played Tuesday but so did they so we had the same amount of rest as them. We’ve been a little bit complacent; it seems like we’ve come here and expected to walk over them but we’d said this was going to be a difficult game. They’re in a false position, they’ve been closer to winning games before but I think we’ve just underestimated it and been complacent, but credit to them they’ve performed really well on the night and deserved their win, so good luck to them in the next round.”

The standard of Whitley’s passing was well below recent games, a point emphasised by Derek. “Their quality of pass forward was better tonight. That’s one of our strong points playing forward and making chances with lots of quick clever movement. It’ll never be an excuse but the pitch was smaller and they were compact and happy to defend in the first half. It worked for them and the goal really gave them the momentum they needed.”

Looking ahead to the next game on Tuesday night Tony predicted “It’ll be a tough game against Northallerton. They’ve improved their squad and have started the season well. We have to have a reaction and play better than we have tonight. I’m really looking forward to it to be honest. It can’t come soon enough because you need another game as soon as possible after one like we’ve had tonight.”