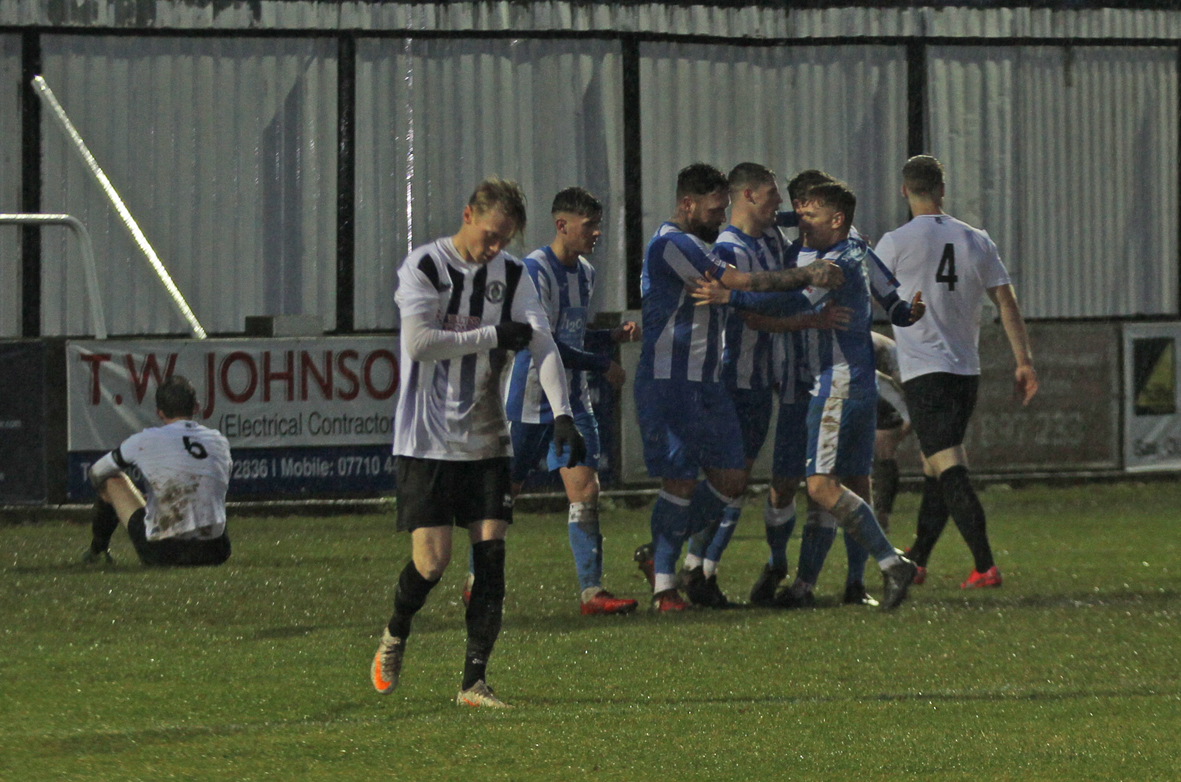 Reflecting on Whitley’s defeat at Northallerton, Bay manager Derek Forrest readily acknowledged that the performance wasn’t good enough. “It’s a game we know we should have won. We went behind, which was disappointing and then we got back in the game, scored a really good goal and then another to follow it. We had good chances as well.  We were 2-1 up at half time and people will read into things and say you didn’t come out second half but we’ve talked about how solid, how strong and how resolute we’d have to be second half and the first ten minutes Northallerton did very little because it was difficult conditions. We’ve undone ourselves from a throw in, down in the bottom corner and the result of that, from a poor touch by us, they’ve scored the equaliser. So for a team that - for me - in those first ten minutes aren’t going anywhere we’ve given then the leg up, which is becoming a bit of a common story for us. We were devastated at two each because you know they’re going to have a right go, you’ve given them a way back. The third goal’s really, really poor from our point of view because the lad gets it in the box and he twists and turns and he finds a shot into the bottom corner and that’s something that can’t be allowed at this level, so we find ourselves 3-2 down and now we’ve got an uphill battle. To be fair there was a bit of character and real effort but we weren’t good enough to get that third and fourth goal. On the day we’ve probably had eight or nine good chances, there was a push towards the end but it wasn’t good enough.

“So we’re back to the training pitch and we’ll get the players in twice this week and work hard again. We’ve got a really difficult game on Saturday against West Allotment who are winning games against good sides at the moment.

“In this difficult spell, which hasn’t been good enough, lads are standing up to the responsibility and training really hard. We’ve made chances and that’s something to cling on to and today we’ve made a lot of chances but haven’t converted them. The last three results have been really upsetting and I want to put this on record for the good fans of Whitley Bay - this is something we’ve got to work through and work out of and we will, we’ll work through it. The players have taken a lot of responsibility but if we have to change players, we’ll change players. It’s as simple as that. We can’t let this linger on too long, we need answers and we need them quickly.”