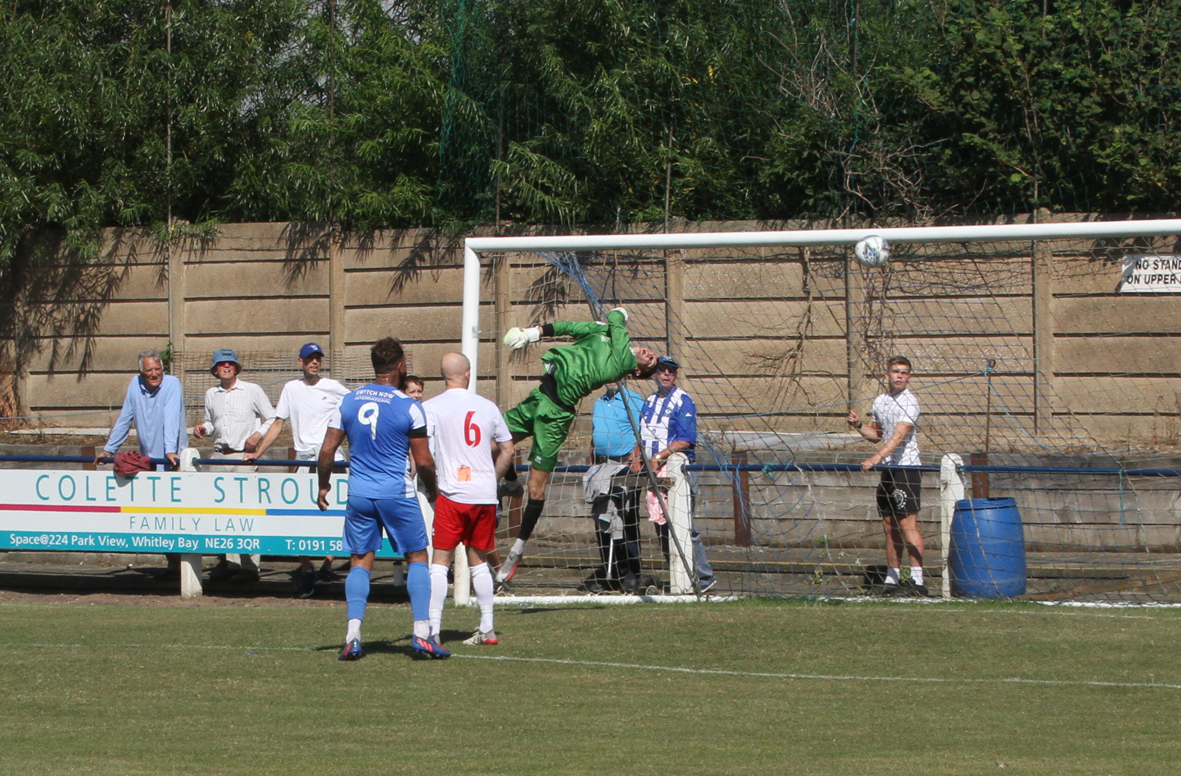 After Whitley’s narrow 3-2 victory over Redcar Athletic, manager Nick Gray reflected on the game and the start of the season.

“Yes, it was pleasing today, another three points so not a bad start to the season. The first week we were as happy as Larry and then a week later it was a bit of gloom and doom after two defeats. A week’s a long time in football and the two results we got this week, I think we’ve deserved them, both Wednesday and today.

“They (Redcar) started better and they scored but after that we needed to do things quicker we got back in the game and had a lot of possession we went didn’t really make the most of it. At half time I said to the boys ‘we’ve got our noses in front so well done, good reaction after conceding. Can we go and get a third goal and hopefully dictate the game?’ And we got the third goal, great, but then we conceded a minute later. A bit of a lack of concentration at the back let them in and it was a good strike and again we were on edge a bit but I think we definitely deserved to win.

“We’ve played four league games and it isn’t even the middle of August yet. We’re still trying to find the passages of play, how we play, players knowing strengths and weaknesses. We are improving, it’s going to take time, there’s a lot of hard work to do; we know that. But with midweek games you can only do phase of play training because you don’t want to do too much because they’re playing Saturday, Tuesday, Saturday, but as I say it’s a decent start to the season. Now we’ve got to try and get things right in all the areas we’re starting to develop and know each others’ games.

“You always want to do better in the final third but we’d worry if we were not creating chances but we definitely are. If we’d been more clinical in the final third, that could have been a more comfortable result today.”

Commenting on the strength of his squad he added “We had 19 players so we had to leave two out. We need competition but I’m not one for squad rotation. I think if you’re playing well you keep the shirt and it’s up to the other lads to make sure they’re pressing for their place.

“You’re only as good as what your bench is and we had five very good players on there and two who couldn’t make it. And now (with the change of rules this season) we can use all five from the bench. We used four of them today which you need to do on a hot day like today. It’s a lot harder chasing the game than when you’re in front. That’s why we were pleased we got in front and that helped us control the game a little. They (Redcar) also made some changes towards the end that I thought made them slightly more of a threat.

“Overall though, we’ve had three home games and we’ve won two of them and we just move on to the next one against West Allotment on Tuesday.“