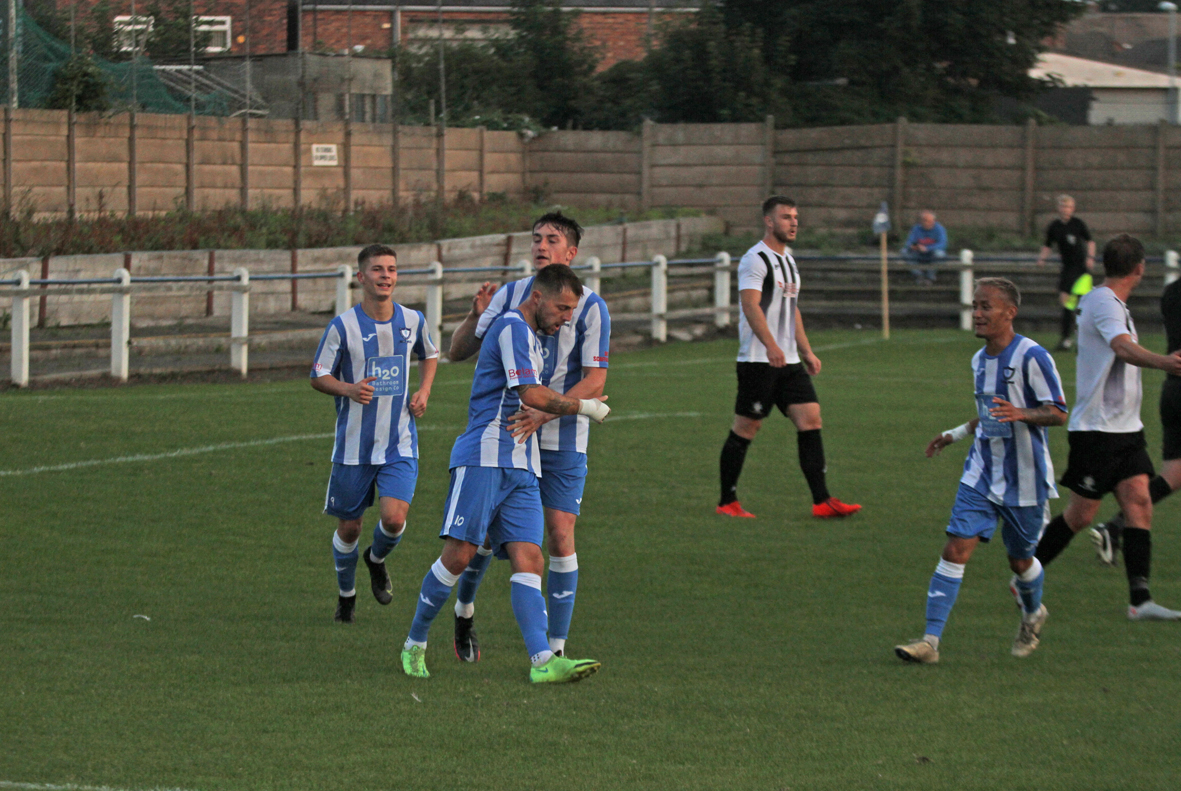 Speaking after Tuesday night's 2-0 victory over Northallerton Town, joint manager Tony Fawcett said that the result was all anyone could have asked for. “Three points and a clean sheet, I thought it was a good performance. We played really well, we were quite controlled and I felt we deserved it. After last Friday, it was about their attitude and they reacted well today.”

There were several changes to the side and he explained “You can’t perform like we did on Friday and expect to stay in the side all the time. Gavin Dick made his debut, it took a bit to get up to speed but I think he’s done really well, good positional play and he’s picked up lots of second balls, and I’m pleased for him.”

Speaking about goalkeeper Dan Lister, he added “When it was 2-0 and their lad was though on goal if he scores that there’s a momentum swing so it was a good save, but that’s what he’s there for. The two of them, Dan and Chris are competing well against each other.

“I’m pleased for Matty Weirs, he works his socks off and in the last few games he’s had some good chances that haven’t gone in so I think everyone in the whole squad was pleased for him when he scored the penalty. He’s shown a lot of character and he’s well liked. I think his performance has been excellent tonight, he’s covered every blade of grass out there.”

There was another excellent midweek crowd and Fawcett was delighted with the support. “It’s phenomenal, I hope they keep coming. We try to put performances on to keep them excited. We’ve got to be an exciting team and give people what they want to watch!  After the initial 30-40 minutes of the game and getting over Friday, I thought we were quite exciting tonight and if some of our decision making in the second half had been better we could have scored more.”