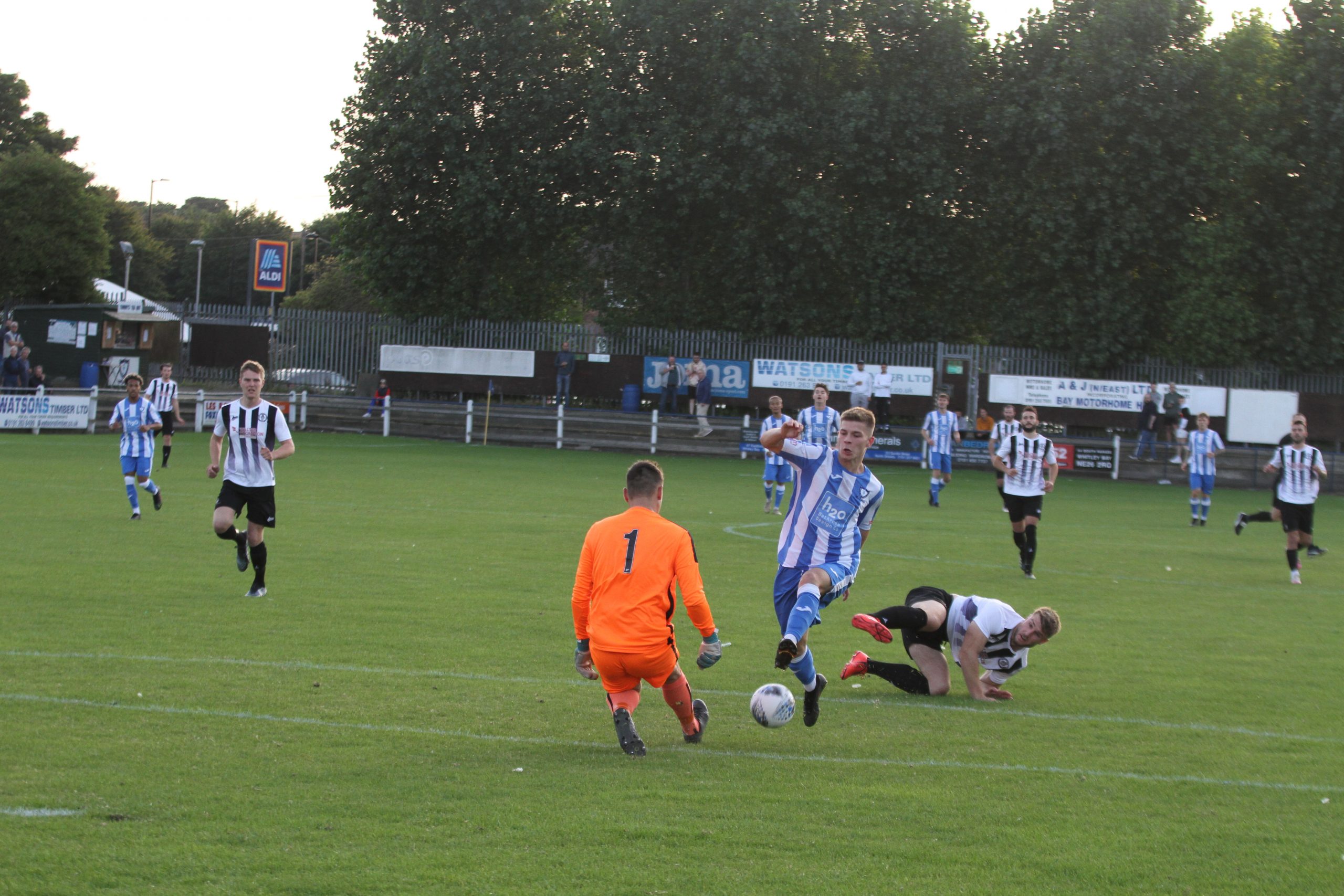 Whitley got back on track after their FA Cup defeat with a well deserved victory over Northallerton on a fine summer's evening at Hillheads.

Northallerton twice struck the frame of the Bay goal before Matty Weirs opened the scoring from the penalty spot just before half time following a hand ball in the box.

Richard Coulson fired home following Bay pressure after 75 minutes seconds after another penalty might have been awarded for a trip.

Northallerton fought back strongly and Dan Lister had to make two excellent saves to deny the visitors and earn Whitley their first clean sheet of the season. He was later named man of the match.

A full report will follow later in the week.