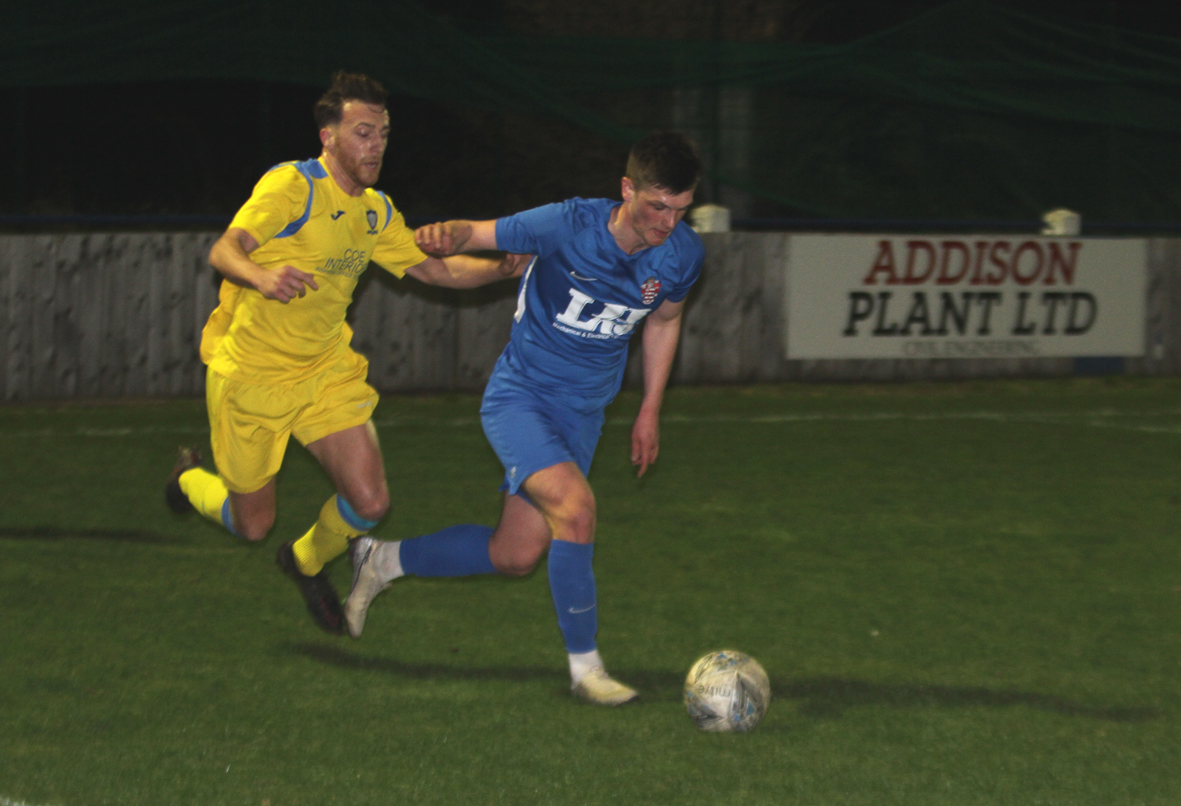 Whitley Bay manager Nick Gray said his first thoughts after last night’s 2-2 draw at Billingham Town were of disappointment. “The way we’ve been playing in the last few games, we should have come here to get all three points. We’ve had a terrible start, the first 40 minutes they were first to everything they were winning first balls, second balls. They looked hungrier, looked sharper. We looked disjointed, we’ve conceded the first goal then the penalty when Gavin caught on the wrong side - we’ve spoken about that - and we’re 2-0 down. But then a quality finish from Malky brought us back in to it.

“At half time the positives were that we haven’t played well but we’re still in the game. The second half, to be fair to us I thought we started really well. I thought there was only going to be one winner when we got the equaliser. That was a great strike by Adam Shanks! But in the end they could have pinched it if I’m being honest with you. It’s about making the correct decision in the final third it’s not about who scores, it’s about the team scoring so it’s frustrating. At the end we are trying to get the win but it’s important we didn’t get beat. So my initial reaction is one of disappointment but at the same time, if you’d asked me after 40 minutes I’d have taken a draw. It’s another game where we haven’t been beaten, we’re going the right way slowly but there’s still a lot of work to be done and a lot to play for. Credit to them (Billingham Town). I thought they gave it a good go as well. They were probably looking at tonight’s game as one they should win.

Speaking about the two debutants in the side he commented “It’s difficult to put lads straight in teams but I thought they did well. Zack cramped up a bit, he hasn’t played for two or three weeks but he’s quick and he’s direct. I think there’s once in the second half where he could have gone more direct past his player and he looked for a pass instead of thinking of going himself. Reece was steady, with good running on the ball and worked hard. As I say it’s difficult putting new lads in. It’s a bit harsh on other lads, but really players cannot argue with how it’s been all season. If you play well you keep your shirt so it doesn’t matter whether you’ve played one game or 40 games this year. I’m here to improve the team. It’s been a tough season for the club and we just need to get over that line quickly and then we can look towards next year. There’s going to be a couple more new faces coming in for Saturday. My message to the players is ‘if you play well you keep the shirt’ and they’ve had opportunities. The positive is we didn’t get beaten and that’s three games we haven’t been beaten. But it’s going to be a big test Saturday with West Auckland.”