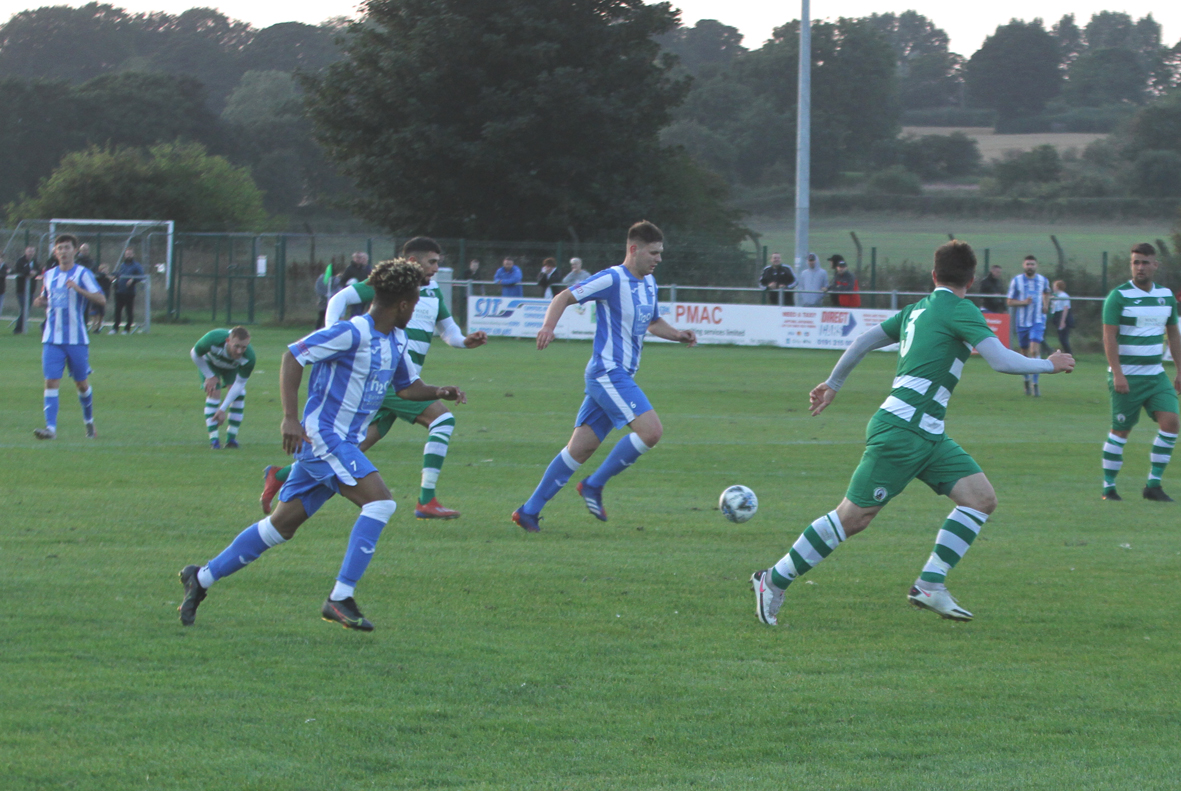 Speaking shortly after the game, Bay joint manager Tony Fawcett reflected on Whitley’s 1-1 draw at West Allotment on Tuesday evening.  “What an eventful game. I think for the neutral it was a good one to watch, a lot of things happening that’s for sure. As a whole I thought we were really good first half, we pressed really well with loads of energy, we certainly created lots of chances but we’ve been caught with a sucker punch and we‘ve gone in 1-1 at half time. It’s always going to be hard to keep intensity levels high, but then when they’ve gone down to ten you feel quite confident that we’re going to push on but we were taking too many passes to get wide, it was taking six or seven when we wanted it to be one or two. We rushed play a little bit when we were higher up the pitch, we forced things and in fairness they threatened on the break constantly. I think Luke Taylor and Jamie Dunn have done sterling work at the back against them.

“Taking our chances is a concern, but people are building pressure up within ourselves. I think we just need to ‘pop the seal’. Players, management, fans, everybody knows we’re creating loads of chances and not scoring but eventually that’ll change, I’ve got a lot of faith in the lads. Our players are excellent and if they keep creating chances, they’ll score them. It was a bit like last season when we kept conceding penalties and everyone focussed on that. We need to move on and not worry about it and it’ll come.”

Injuries to Joe Malone and Craig McFarlane in the first half disrupted the pattern of the game, increasing the number of players currently sidelined. “With the amount of games we’re playing it’s going to happen. A lot’s being asked of the lads at the moment, squads are thin, people are working and having all these midweek games so fast in August then none in September it’s all a bit crazy.  It’s difficult, there’s a lot of pressure on them, their bodies are really starting to struggle a bit but we’re no different to anybody else. It is a worry that they’re getting injured but we’ve just got to keep moving forward.”

With several players currently injured, the management team are looking to reinforce the squad but only with players who they feel will strengthen the side. “We‘re always looking to bring in players, we’ve been speaking to a few people and we’ve just got to see what happens. We are working hard but we’re not going to bring people in who are not as good as what we’ve got. It’s a philosophy we’ve both got in order for us to get better we have to bring better players in when we recruit, not worse players, we can’t just go and get anybody, it’s not right, we don’t want to waste their time or our time. We’ve got to progress the team even though it’s difficult.”