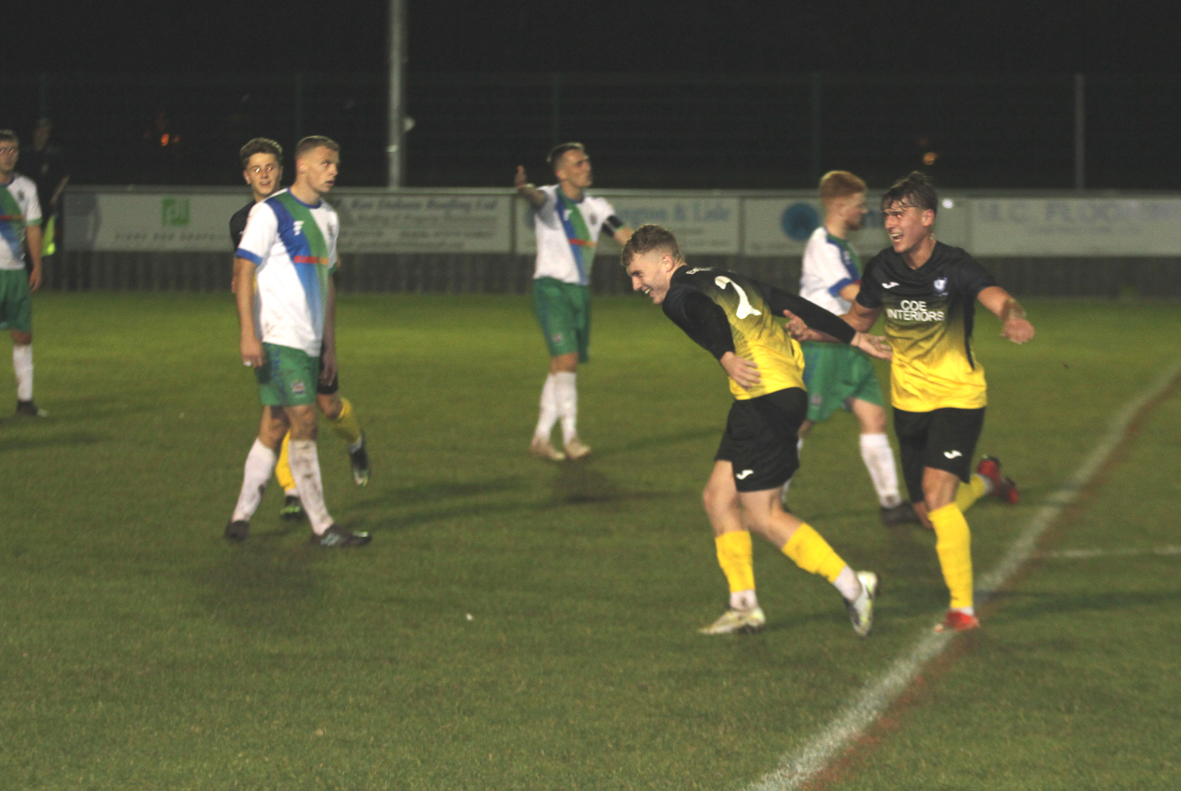 Whitley safely negotiated a potentially tricky test at Blyth Town to progress to the Quarter Finals of the Northumberland Senior Cup where they have been handed the glamour tie of the round, at home to Newcastle United Under 21’s.

Blyth have enjoyed an excellent start to the season, currently sitting in fourth place in the Northern League Second Division and with former Bay coach Gavin Fell now assistant manager, the South Newsham based side would have been relishing the chance of causing an upset. However, that was not to be as Whitley’s superior quality saw them through to what was ultimately a comfortable victory.

Attacking from the start, Whitley went close inside the fourth minute, Lewis Orrell firing a shot over the bar after good build up play. The hosts were being penned back in their own half and were struggling to retain possession. Another chance fell to Orrell on the quarter hour but his attempt was blocked by keeper Callum Corkhill. Three minutes later Whitley made the breakthrough that their play warranted, when another effort by Orrell was blocked by Corkhill but this time the rebound fell into the path of Morien who drove it home from inside the six yard box.

Whitley kept up the pressure and when Sam Irons took the ball to just short of the right by-line, he crossed but with too much power on the ball and it eluded everyone as it flew across goal.

Blyth’s opportunities were very limited with the Bay midfield quickly snuffing out any attacking moves by the home side.

Whitley briefly thought they had doubled their lead after 32 minutes when Josh Gilchrist’s header hit the post, rebounded onto Corkhill and into the net but the assistant had raised his flag for an offside in the build up.

During the final ten minutes of the half, Blyth came more into the game, bringing Dan Lister into action with a good low save in a goalmouth scramble before the Bay keeper collected a cross from the right high above his head.

Although Whitley were deservedly ahead at the interval, with only one goal separating the sides the game was far from won especially bearing in mind that the game would go straight to penalties if the scores were level after 90 minutes.

Blyth showed a more positive attitude on the restart, pushing forward with much greater determination. Attempts on goal were limited though, but just on the hour mark, a shot whistled narrowly past Lister’s right post.

Any nerves among the Bay fans were eased three minutes later with what was easily the goal of the match. Sam Irons took the ball up the left wing, cut in towards the edge of the box and from 25 yards out sent a great shot into the top right corner of the net leaving Corkhill helpless. It was the 18 year old’s first goal in Bay colours and it was certainly one to remember.

Whitley were now in control of the game, and Blyth hopes were finally ended in the 72nd minute when Cameron Brewis saw his shot hit the post and Lewis Orrell had the simple task of tapping home the rebound.

In the closing stages, Nick Gray took the opportunity to give game time to youngsters Shaun Dippenaar and Joe Groves-Forbes and the latter almost set up a fourth goal but Morien’s effort after being played through on goal just cleared the bar.

With the quarter final draw taking place in the Blyth clubhouse shortly after the final whistle, there was a second cause for celebration when Whitley secured a home draw against Newcastle United’s youngsters.