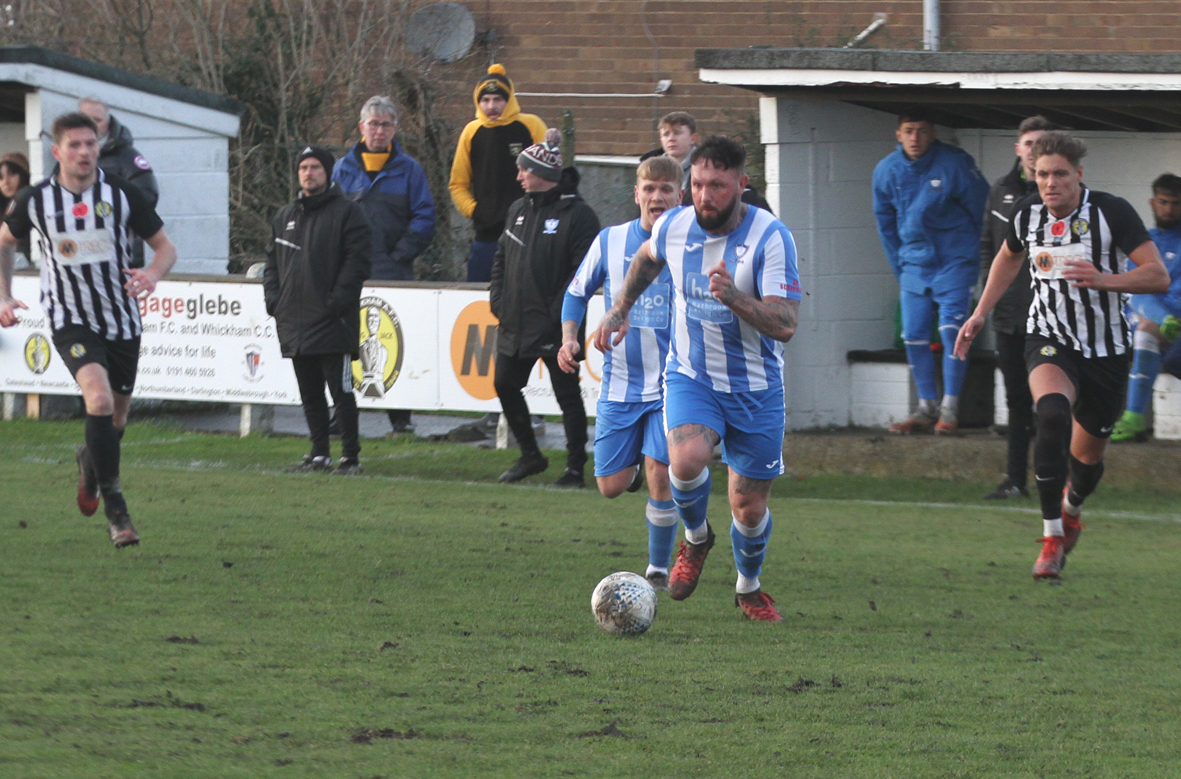 Whitley began the new year as they finished the old, with another comprehensive away defeat when they rarely troubled the opposition defence.

Confidence could not have been high after a run of defeats and it took a further dent as they got off to the worst possible start, conceding a goal with just 13 seconds played. Straight from the kick off, Whickham played the ball forward and Greenwood intercepted Kharufa’s misplaced pass on the edge of the Whitley box before closing in on goal. Dan Lister got his fingers to the shot but could not keep it out and the ball trickled over the line.

Kharufa had the chance to make amends after 12 minutes when Morien’s well placed pass found him in space on the right with only keeper Anderson to beat but his shot flew just beyond the near post.

Two minutes later Kharufa turned provider with a low cross from near the right corner flag but the ball narrowly eluded Morien as he came in at the near post.

Having created opportunities to draw level, Whitley fell two goals behind when Whickham broke away down the right in the 23rd minute, Scott Robson playing the ball into the goalmouth where Jack Robson poked it home.

The hosts continued to pose a threat whenever they broke forward and they increased their lead with 37 minutes played, Greenwood’s pace proving too much for the Bay defence as he burst forward before slipping the ball into the path of Scott Robson who gave Lister no chance. It might have got even worse for Whitley barely 60 seconds later when Whickham broke through but the final shot was off target.

Three goals down at the interval, there seemed no way back for Whitley and while they did not concede any more goals they rarely looked like getting back in the game. Malcolm Morien battled away up front but for the most part ploughed a lone furrow with little support. Ten minutes after the restart, he muscled his way through the home defence and got a shot on target but Anderson made a comfortable save.

At the other end, Lister denied the hosts with a fine diving save midway through the half, pushing the ball round the post. He made further good saves to prevent Whickham from extending their lead before Morien did his best to reduce the arrears, racing away down the left before crossing down the slope into the box but no other Whitley player was close enough to make the most of the opportunity.

Gavin Dick, one the few other Bay players to emerge with credit from this game, worked tirelessly in the increasingly heavy conditions and late on his long range effort brought a save from Anderson.