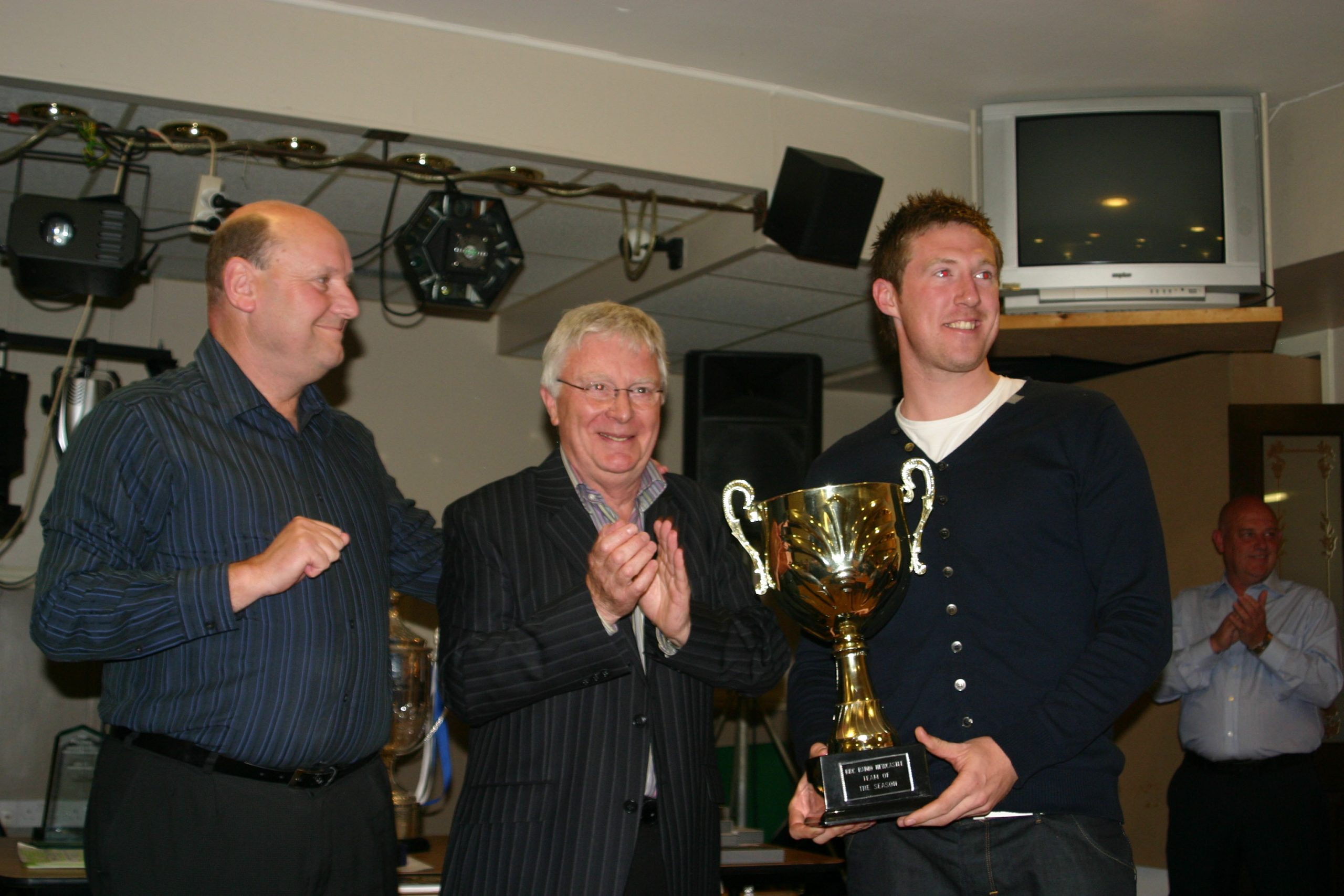 Tributes have been pouring in from across the north east non league football community following the news that former Radio Newcastle non-league football reporter and author Barry Hindson passed away over Christmas.

Barry was a very familiar and hugely popular figure at football grounds across the region and he was a regular visitor to Hillheads Park where he had many friends. His knowledge of local football was unsurpassed, reporting from football grounds and also from the studio in Newcastle for many years. He provided live full match commentary on all three of Whitley's FA Vase Final appearances at Wembley along with his close friend Paul Dixon and the two were frequently seen at end of season award presentations in the Seahorse Clubhouse. The photo shows Barry (centre) and Paul presenting the Radio Newcastle Team of the Year trophy to Bay captain David Coulson back in 2009 after the first of the three Wembley successes.

Like so many non league managers and players, Bay's current boss Nick Gray met Barry many times and gave this tribute: "He was a lovely man, I had a lot of time for him. I spoke to him in interviews and face to face on the radio and my thoughts are with his family as well. He was a really massive fan and a promoter and supporter of non league football and did such a lot for the non league game. It’s sad, sad news and he’ll be sorely missed."

Whitley's Vase winning manager Ian Chandler said Barry was 'such a nice, honest man who just loved football and all the stories of the game'.

Former Bay striker Paul Chow, who Barry often described as 'the silent assassin' responded to the news saying "shocked and saddened to read of the passing of Barry. Alongside Dicka he was the voice and face of north east non league football. Throughout my playing days I would tune in to listen to their match summaries on the way home from a game. He will be a huge miss to the non league football scene. Thoughts are with all of his family and friends at this sad time."

Everyone at Whitley Bay Football Club would like to pass on their condolences to Barry's family at this sad time.