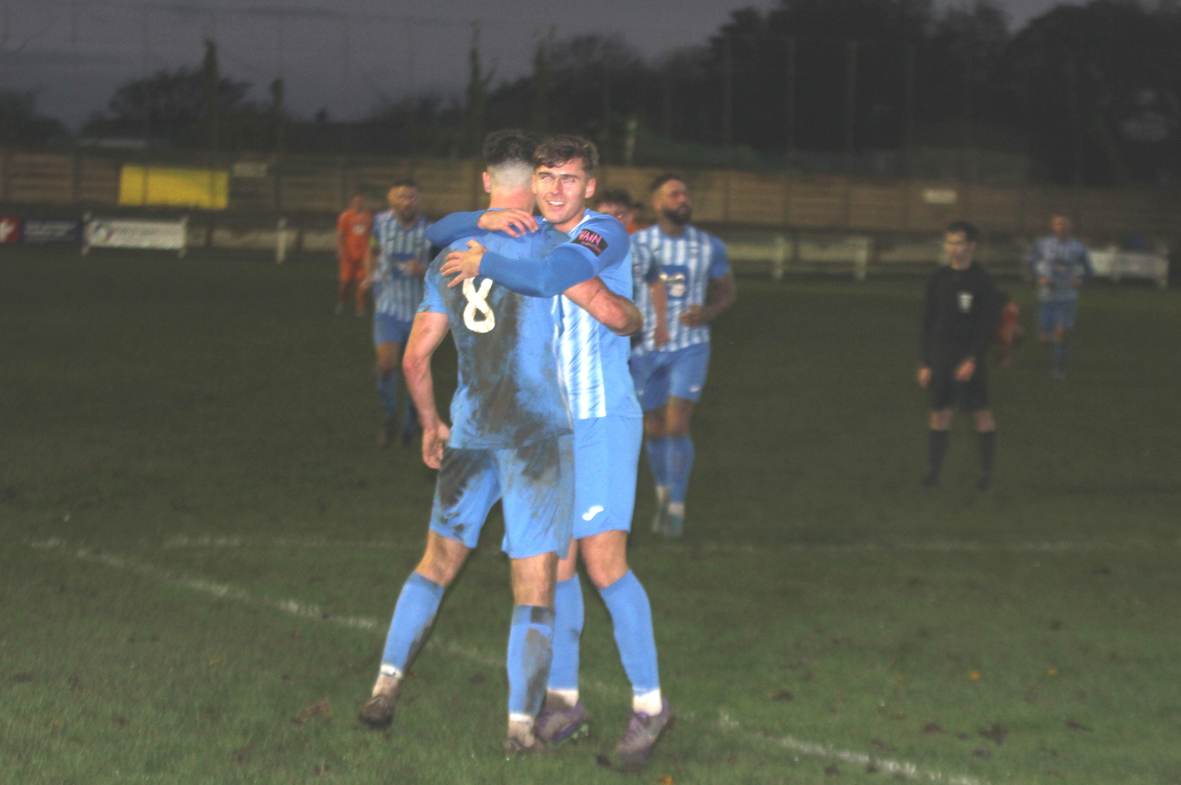 Thornaby made Whitley battle all the way for their victory on a damp afternoon at Hillheads and it took two goals in the last five minutes to end the hopes of the Teessiders.

On paper, this looked to be a one-sided contest, second top Whitley taking on the bottom of the table side but Thornaby are under new management and performed much better than their league position would suggest. Certainly, on the evidence of this game, they will soon be climbing the table.

There was little to choose between the sides in the opening stages, Whitley having the greater share of possession but with little goalmouth action until the 15th minute when Andrei Ardelean, making his first start since returning to the club, forced keeper Quinaceo Hunt to make a low save by his near post. Cameron Brewis then tested the keeper before Whitley made the breakthrough in the 18th minute.

Elliott Day played the ball forward down the left to Luke Porritt who advanced to the left by-line and his cross took a slight deflection off a defender, looping high across goal to the back post where Bailey Geliher tapped it home from close range.

Three minutes later a through ball was just too far in front of the advancing Harvey Neary and Hunt made the clearance. A crucial tackle then prevented Geliher from racing in on goal after the youngster was played through by Ardelean. Steady rain was making the pitch slippery and passes began to go astray. Ten minutes before the interval a left wing corner was met by a header from Ardelean but Hunt saved well.

One goal ahead at the interval, Whitley still had work to do in the second half but the visitors were making it difficult with stubborn and disciplined defending. Chances at either end were limited but as the game entered the final quarter hour, fresh legs from their substitutes helped Whitley to pose a greater threat. Ben Richardson drove a low ball across the face of goal just too far ahead of Ardelean. Brewis and Neary combined well with the latter seeing his shot deflected wide for a corner.

Hogan then brought Lister into the game, forcing a fine save from the Bay keeper but within seconds, Whitley nearly doubled their lead when Sam Irons raced away down the left before playing the ball in towards the edge of the box where Richardson struck a great shot but the ball cannoned off the post.

The Teessiders were still in the game but with five minutes remaining, a great crossfield ball by Malcolm Morien played in Neary on the right of the box and escaping his marker he drilled a powerful shot past Hunt to the delight and relief of team mates and the Bay fans.

With Thornaby now looking a tired and deflated side, Whitley added a third goal as the game entered stoppage time. Substitutes Lewis Orrell and Josh Gilchrist exchanged passes on the left before Orrell side footed the ball past Hunt to give the final score a more comfortable and perhaps slightly flattering look.

Defeat for Bishop Auckland meant that this victory moved Whitley within four points of the leaders with two games in hand.