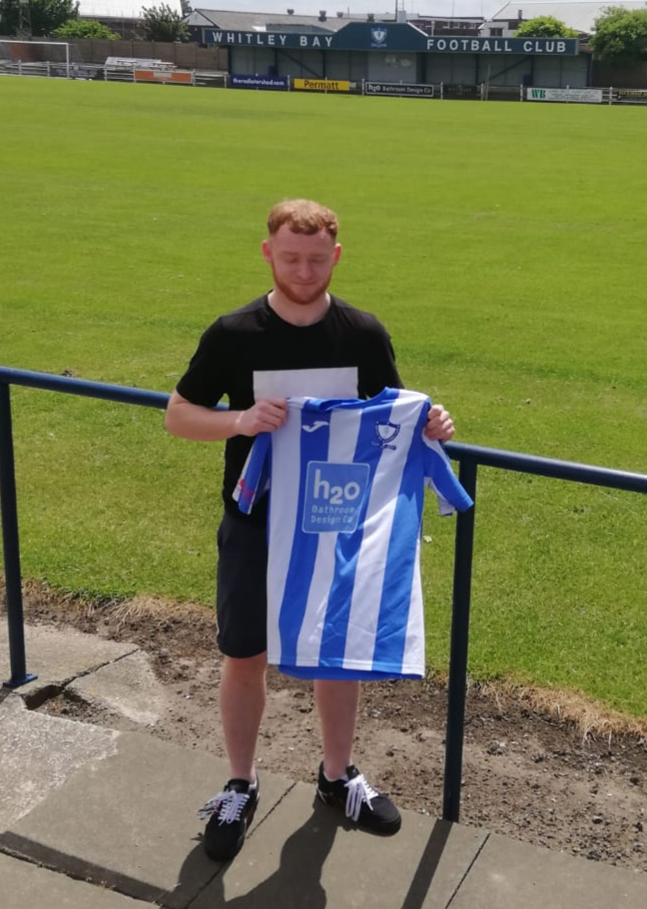 We are delighted to announce our latest signing of the summer, midfielder Luke Porritt who, like defender Michael Hall, joins us from Dunston UTS. Luke began his career at Guiseley and later played for Hyde United. He then moved to Scarborough Athletic, but suffered a serious leg injury which restricted his appearances for the club. On regaining fitness and moving to the north east he joined Dunston last season.

Manager Nick Gray commented “Luke is a great coup for the club. To be honest, speaking to players in the summer, we’re behind on attracting players from other clubs mainly due to league positions and finance. However I’m delighted and grateful Luke listened to me and trusts my vision going forward for the club and make no mistake I want to prove to Luke he made the right choice which I’m very confident of doing. He’s still young and for me we can make him an even better player, but he will help immensely our younger players and has fantastic pace which is an area we need more of.”

Luke told us “I’ve enjoyed my time at Dunston but I’ve been finding the amount of travelling difficult with family commitments. I’ve heard good things about Whitley Bay and having talked to Nick, I know he feels optimistic about the future. My aim for the season ahead is to keep fit, avoid injury and do the best I possibly can for the club. I'm looking forward it”

Welcome to Whitley Bay Luke. We hope you enjoy a successful time at the club!