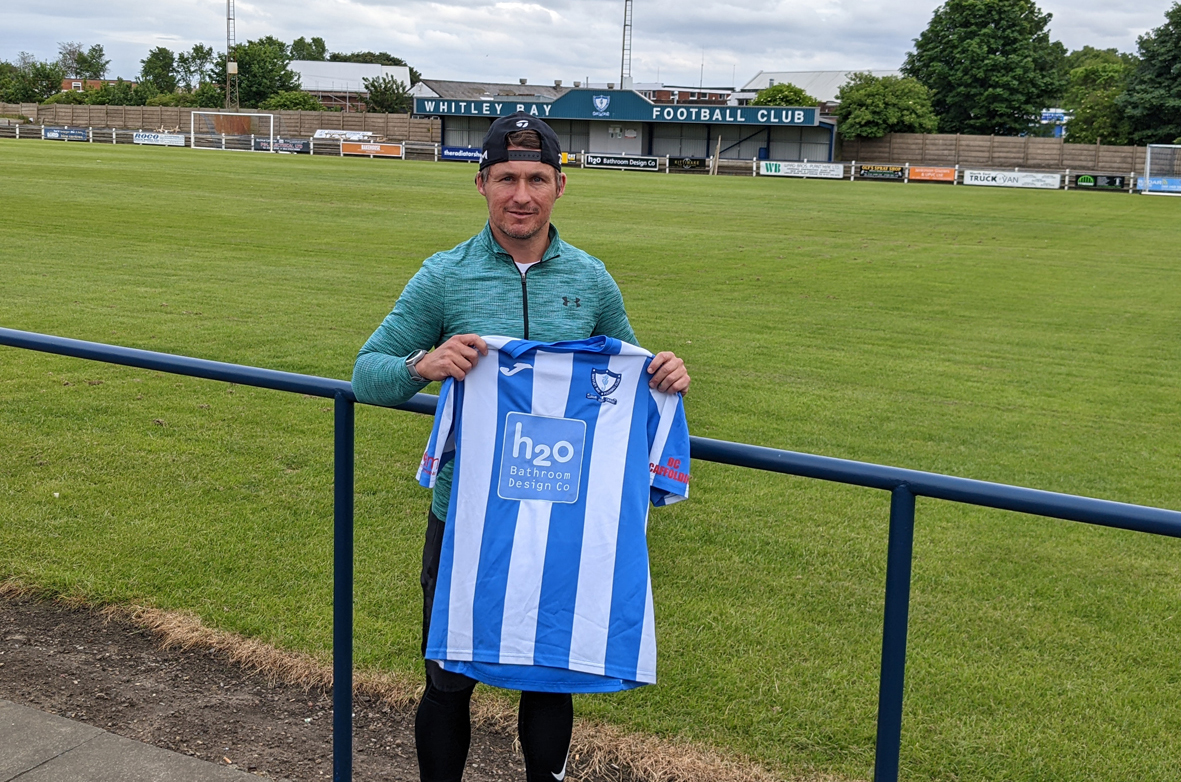 We are thrilled to announce that Sean Taylor is joining the club after a long and successful career at Morpeth Town. Sean was a member of their 2016 FA Vase winning side, scoring at Wembley in the 4-1 victory over Hereford. A prolific goalscorer, he was also a key member of the squad that won promotions from the Northern League to the Northern Premier League Premier Division.

Bay manager Nick Gray was delighted to bring Taylor to Hillheads. “I simply can’t speak highly enough about Sean. I’ve worked with him for years and he is one of the best players if not the best I’ve ever worked with, with an unbelievable first touch and is supremely fit, whose work rate with and without the ball is second to none. The fans will love watching him.”

Sean is looking forward to linking up again with his former manager and using his experience to help improve the club’s fortunes.

“After suffering a number of niggling injuries last year I’m fit again and I’m just hoping to play every single game of the season, win as many games as we can and hopefully try and get the club promoted. That’s got to be the ambition.

“This club has got the ground; it’s got the supporters, so hopefully we can push up the leagues. I feel as though I’m experienced now. Hopefully I can help the younger lads in the team a bit as well.

“One of the reasons I chose to come to Whitley Bay is that it’s pretty local. I’ve got three young kids now who are all playing football at the weekends and I want to spend more time with them rather than sitting on a coach on long journeys which is what I was having to do regularly over the last few years at Morpeth. Obviously I know Nick. I spent eight or nine years at Morpeth with Nick. He’s a good manager. He’s definitely the right person to have to help the club progress and win trophies, so I’m really happy to be here and can’t wait for the season to get started.”

Welcome to Whitley Bay Sean and we hope you enjoy your time with us!