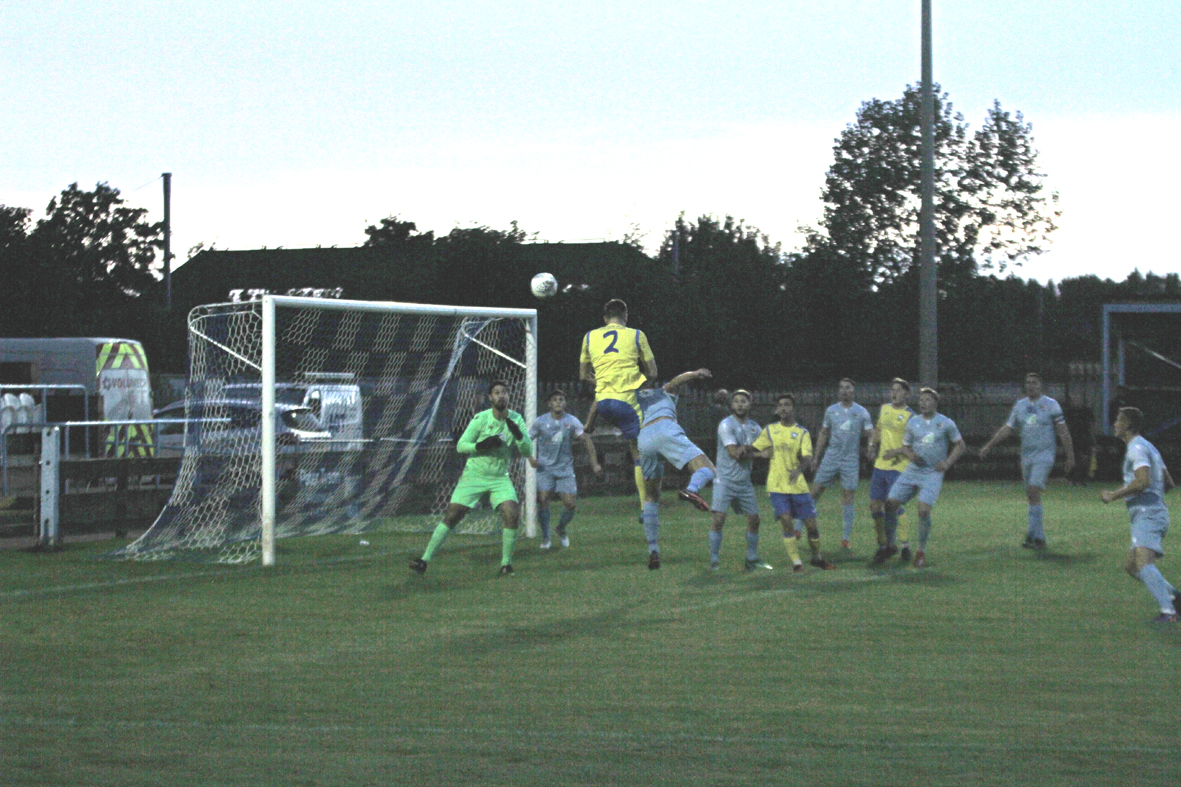 Whitley made the midweek journey to Cumbria where the points were shared in a hard fought top of the table contest at fourth placed Carlisle City. Despite dropping two points, Whitley extended their lead at the top of the table as closest challengers Newton Aycliffe were beaten at West Auckland.

Chances were at a premium as both sides defended strongly and the two keepers were rarely tested.

Early in the game Scott Lowery headed wide from a right wing corner before Harvey Neary tried his luck with a 25 yard shot but the attempt failed to trouble City keeper Stephen Townsley. With 20 minutes played another header by Lowery went narrowly beyond the far post.

The game was being played at a rapid pace with little to choose between two attack minded sides. The best effort from the Cumbrians came when they were awarded a free kick and ex-Bay player Kieron Olsen sent his shot beyond the far post.

On the half hour, Carlisle were awarded a penalty as players from both sides tangled in the box and a City man went down.  Sam Atkinson’s spot kick was fired high into the net to put the hosts in front. Robust clearances by the home side sent the ball out of the ground on several occasions, disrupting the flow of the game and heavy downpours of rain were making the surface slippery, On the stroke of half time Whitley drew level, the goal coming when Elliott Day headed home from a left wing corner to send the sides in level at the break.

Into the second half, play was repeatedly held up with a series of free kicks awarded for innocuous challenges. Ironically, ten minutes after the resumption, Whitley were convinced they should have had a penalty for a clear tug as they broke into the box but on this occasion play was allowed to continue. They were putting Carlisle under some pressure with neat and fast attacking moves, one culminating in a shot from Ben Richardson which was saved by Townsley. Moments later the keeper could only parry a cross into the box from Luke Porritt but the ball was eventually cleared. A second penalty claim by Whitley was ignored by the officials who were frustrating both sides with some controversial decisions. Dan Kirkup was a constant stumbling block for Whitley at the heart of the City defence as on numerous occasions he rose to head clear when balls were played into the box.

At the other end, captain Michael Hall marshalled the Bay defence superbly, giving the home side very few opportunities. Whitley made a series of substitutions but could not find a way through and in the end a draw was probably a fair result with both sides showing why they are at the top end of the table.