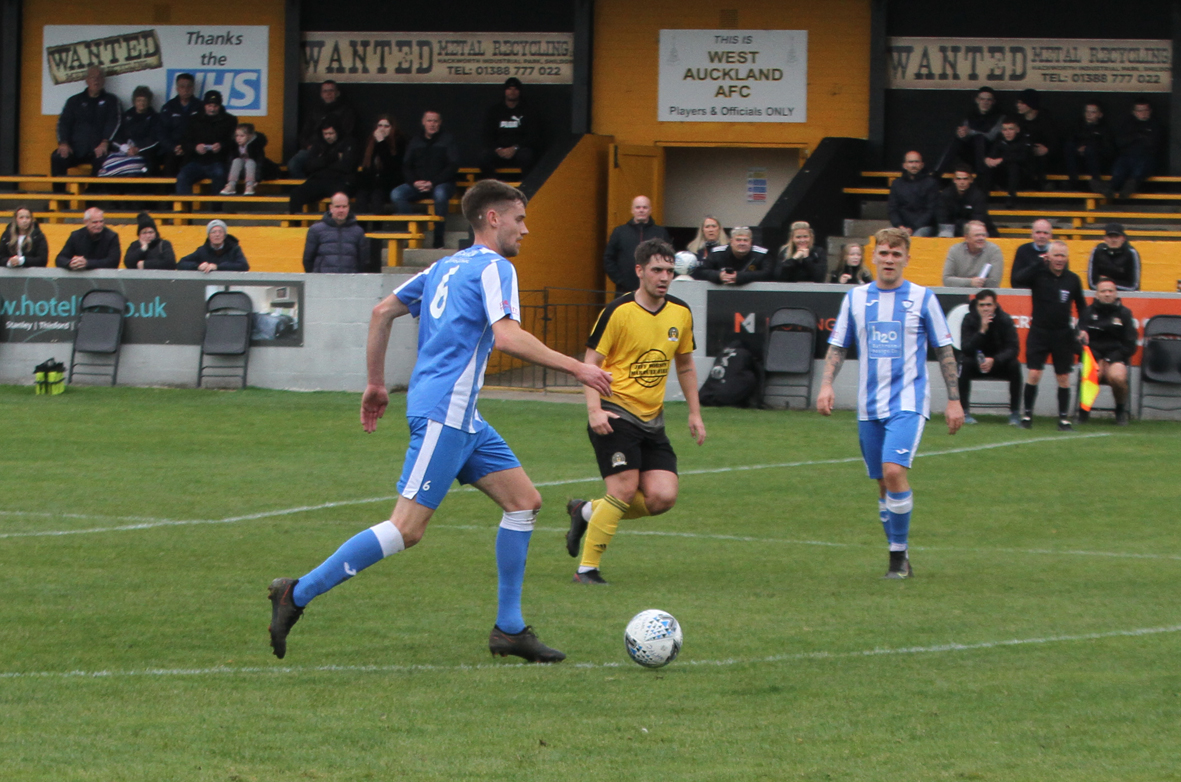 Bay manager Derek Forrest summed up his reaction to Whitley’s 6-0 defeat at West Auckland as one of shock. The side were just one goal down at half time but injury to Luke Taylor forced a reorganisation and a second half when five goals were conceded.

“I’ve got to say for me it’s definitely a feeling of shock. We conceded an early goal that we really gave them. They obviously had a threat down this right hand side but I thought we got to grips with it and defended well. There were a couple of scary moments but then we’ve countered. We’ve had ten or eleven real good entries into their final third and none of them produced a goal. There was a header at the keeper which he saved really well, there were blocked shots and good saves. So you go in at half time and think this could be a good second half game; we’ll work hard, we’ve learned a bit about them, we know where their threats are. But it never looked like we’d come out after half time. We conceded seven minutes into the second half and then a barrage of goals took us out of the game totally. Then we had a man sin binned for a lack of discipline and the game’s over. One or two rolled their sleeves up but the disappointing thing is the players that didn’t actually get to grips with the second half.

“We made Luke captain and he’s performed well first half but got a dead leg and had to come off. It just seemed to affect everything. I’m not one to blame replacements and substitutions but it totally upset our balance and the goals started coming, particularly goals from the left hand side, that’s where the damage was done.”

Despite having to pick the ball out of the net six times, goalkeeper Dan Lister had another good game, making a series of saves, and his performance came in for praise from the manager. “Dan’s on form, he’s working hard with Phil (Hogg, GK coach) and you can see the form he’s in and it’s frustrating for the lad to be playing that well and still losing because when you’re playing well in goal you’re normally winning but we’re not doing that at the minute.

“We’re very unhappy with it all but we need to stay really calm and have a good week’s training and respond with a real opportunity at home against Guisborough on Saturday. The players have got to learn from a day like this. They (West Auckland) are a very good side, some good players and good performances but we’ve got to learn and show that bit of bravery and not feel sorry for ourselves.”