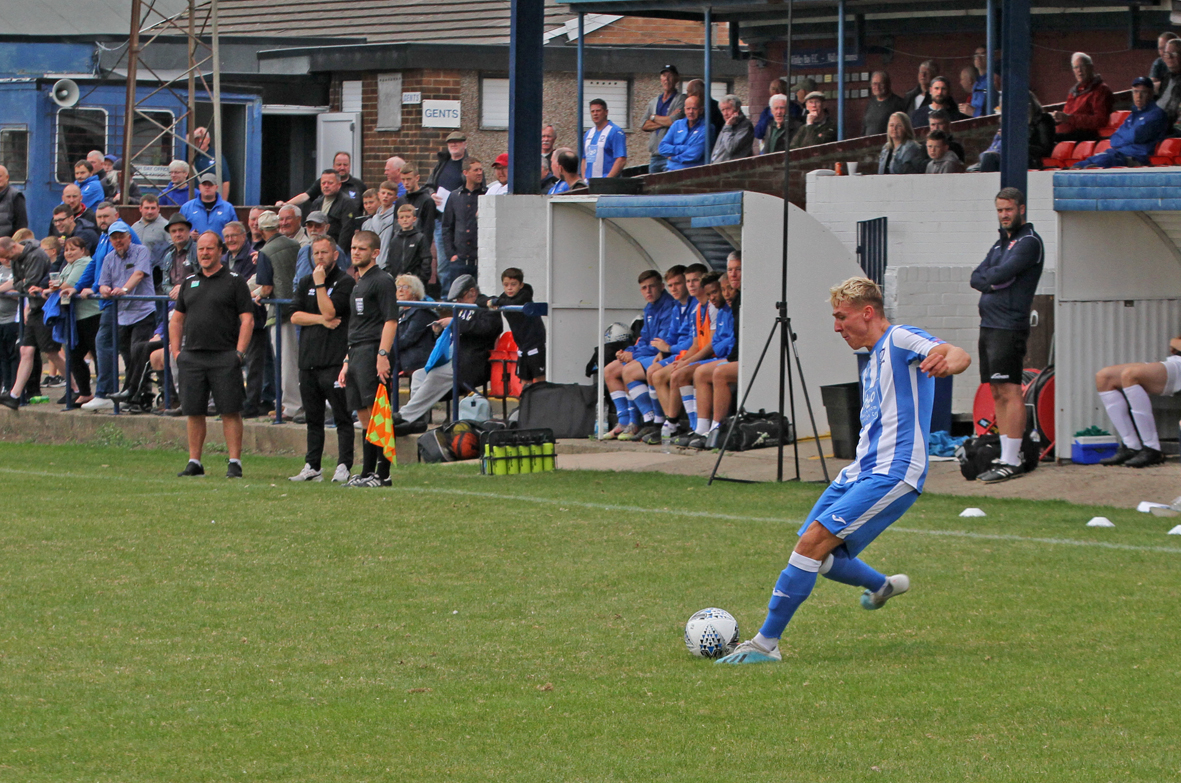 Derek Forrest was delighted with Whitley’s 4-2 victory over Billingham Town.  “It was fantastic to get the win and nice to be 3-0 up at half time. We played well, made chances and without being too greedy, we really hoped we could build on it and go after them. At half time we talked about matching them and working as hard as them because they’d be hurt after the first half. We asked for more in the second half but they got the next goal. But credit to us there was a period when we got stuck in, worked hard and got the next goal.  At 4-1 you’ve got your three goal cushion again and that proved to be enough to win the game even though they scored late on. So we’re all delighted because it’s been a tough little period as well and something we’re not really used to.”

Henry Dorward was back after injury and made a real impact, scoring the first goal. “It was a lovely clean strike from Henry and good build up from Mitchell Ramsay who‘s worked tirelessly. He puts his body in, he holds things up and the combination of him and Matty Weirs on the sides ends up with a good goal, we’ve done it a couple of weeks running so that’s good.”

Adam Shanks scored twice and was voted man of the match. “Sometimes with strikers it’s a knack of being in the right place at the right time and they sniff the right place to be, and Adam was so close to a hat trick with a header which he told me definitely took a deflection which took it past the post.

“We wanted more goals, but fair play to Billingham, in the second half they kept going, kept running hard and found a couple of gaps, but overall we were really pleased to get back to winning ways. It’s three more points and we’re up to 14 points, so there’s good momentum. We’ve scored seven in the last two games. There was a great turn out again and both me and Tony want to personally thank the fans. I hope they stick with us. Speaking to fans during the week, they say ‘you’re a good football team playing some great football so stick with it, keep doing what you’re doing’. That sounds great but when you’re losing that’s no comfort, but to play well and win, that’s what we want!”