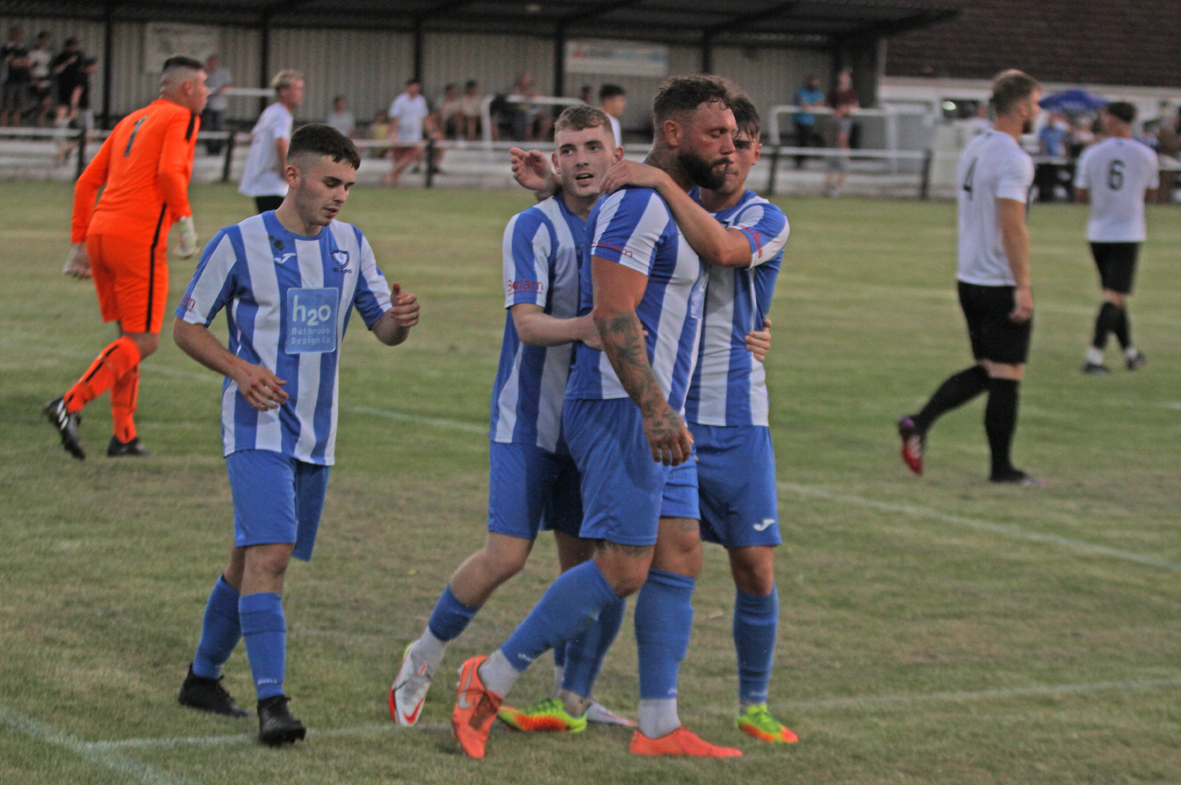 Whitley made the long trip down to North Yorkshire on Wednesday evening and returned home with all three points after a 2-1 win in very hot conditions at Northallerton. Assistant manager Liam McIvor was delighted with the victory which put smiles back on the faces of players and fans alike after two disappointing defeats.

“It’s a hard place to come on a Wednesday night and get everyone here on time, so it’s a massive three points whatever way you look at it. So now it’s two wins out of three in the league and it keeps us ticking over nicely.

“After 20 minutes it should have been three or four and the game should have been put to bed, but when you don’t put teams to bed they’ve always got a chance of nicking one and that’s what they did just on half time. But Nicky had a good team talk at half time and told a few home truths. We came out second half and ended up with a good 2-1 win which we deserved.

“It was much better all round tonight; we created a lot of chances. Hopefully the last couple of games were just bad days at the office but we’re back onto winning ways tonight!

“It was a well deserved three points and a good team performance. On another day we would have been out of sight by half time.

“After two long away trips we’ve got Redcar at home on Saturday, so hopefully we can get another three points. There are no new injuries and we’ll hopefully have three players back on Saturday. We always knew this was going to be the hardest time of the season with a lot of players away at the same time.”