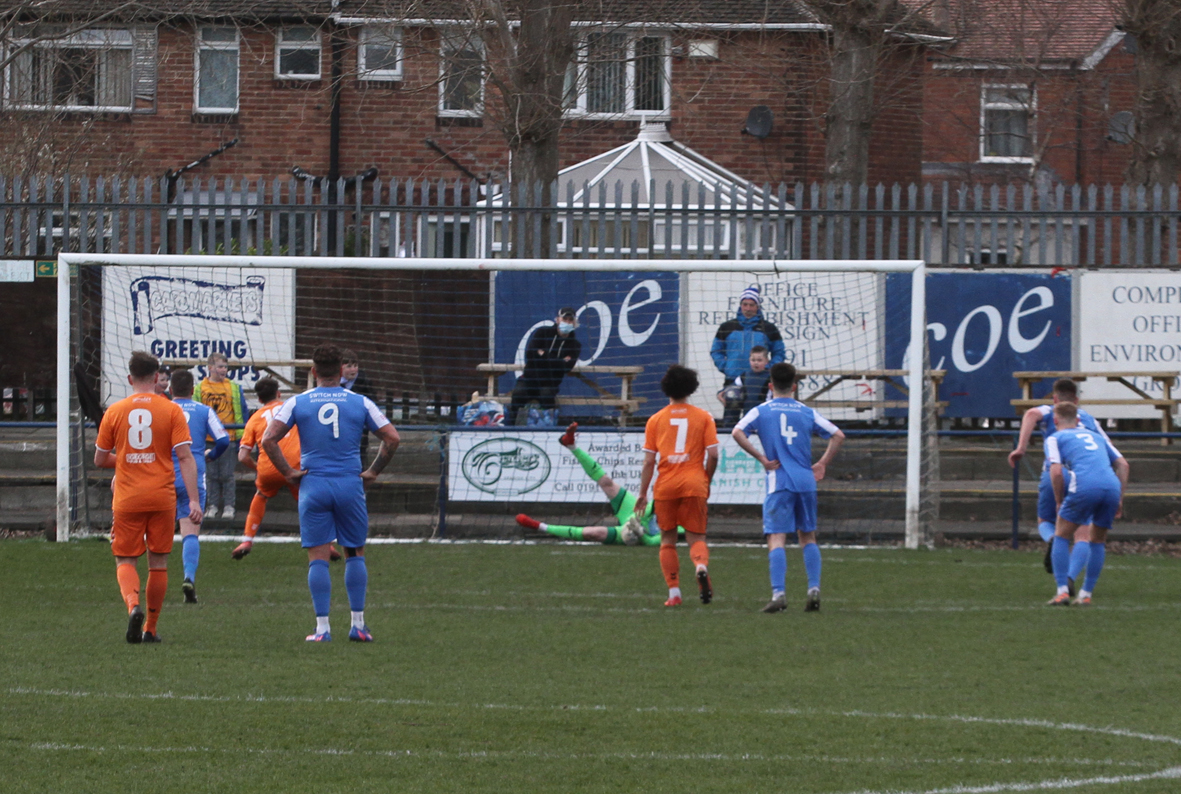 Speaking after Whitley’s 0-0 draw against second top Thornaby on Saturday, manager Nick Gray agreed with the consensus of opinion among home fans that it was a decent, hard earned point.

“Spot on there, it could have gone both ways but I think we deserved the point. I thought we had the better clear cut chances really, but the lads stuck to the task and did what we asked. There were some tired legs out there but it was a well deserved point.”

A key moment of the game came midway through the first half when Thornaby were awarded a penalty. “I thought it was a soft penalty, but great for Dan to save it. That gave us a lift. We’d been lacking a bit of confidence but then as the game went on you think do you stick or twist? Do you try and get the win or do you try hold on? There were bodies on the line in the end. We had clear cut chances but a couple of lads put their bodies on the line with goal line clearances as well. The lads will be pleased and we deserved that point. I’ve said to them to get to our target for the rest of the season we’ve got the grind out results. You’re not going to play some pretty football at this time of year whether you’re top of the league, bottom of the league or in the middle. It’s just about grinding out results and that result today was definitely ground out against a team who’ve been in form.”

With no game next Saturday, Whitley now have a ten day break, giving the management team time to work with the players. “I think in the next ten days we’ll reassess. There should be some new faces coming in which will boost the squad. That should help get us over the line and then eventually we can start planning for next year.”

Whitley return to action a week on Tuesday with a First Division Cup 2nd Round tie at Sunderland RCA. Commenting on the restructured League Cup format, Gray joked, “I know we’ve got a bye in the first round so that’s a promising result! But it’s a free hit isn’t it. If I’m being honest, personally it’s not my prime target but you always want to win games of football so we’ll have a look and decide what we want to do in that game. There’ll be some new faces coming in so it might be a good chance to test them out that game. But for now we’ll enjoy today as we should do. The important thing is taking that result today into our next game. It’s a positive to keep a clean sheet, they’ve got a top goal scorer and are lively up top, but we’ve got a decent point from that game.”