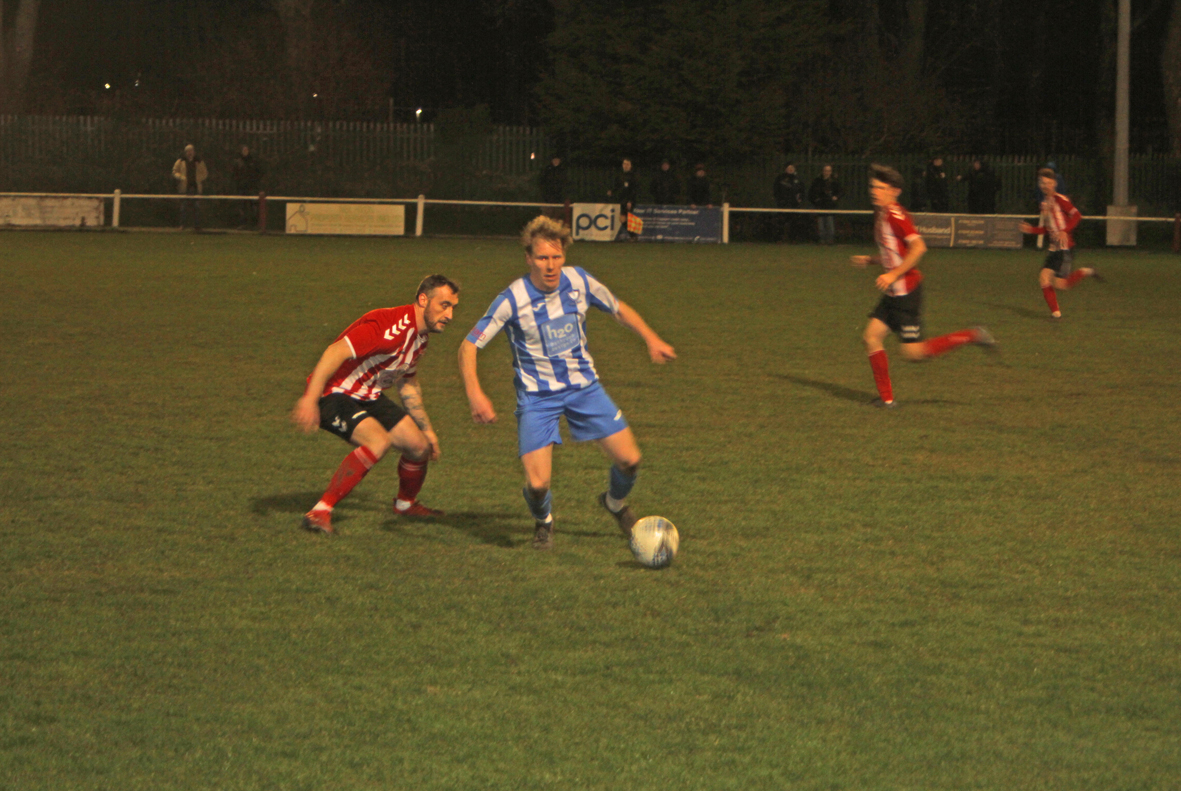 Whitley progressed to the last eight of the First Division Cup by defeating Sunderland RCA 5-3 on penalties after the game in Ryhope had ended 1-1. Bay manager Nick Gray was pleased with the performance and with the progress that his side are making.  “We wanted to come here and go through to the next round and we’ve done that. We talked about getting a little bit of momentum and I thought the lads did well. We worked hard and look hard to score against, but we still need to work harder in the final third going forward.  I don’t think we deserved to lose the game, but when it comes to a penalty shoot out it becomes a lottery but you take it don’t you!”

Speaking about Mitchell Ramsay, who returned to the side following suspension, he added “Mitchell has been hungry to get in there in training and show what he brings to the table, his work ethic, and I thought he did well in patches. He works hard and sometimes has just got to slow himself down a little bit and be a bit more composed, but that’ll come and it’s good to see him on the pitch.

“We’ve got six really important league games and we’re in the quarter final of the cup now so let’s try and finish the season on a high! The next game is the most important one because the next game is Billingham Town away a week tonight. We’ll have a couple of training sessions before then and we know what we need to do in that game.

“The two new signings are certainly in contention for next week. Reece (Havelock-Brown) was working tonight. Zack (Bewley) was hoping to play tonight but had a bit of a tweek on his knee from training and it’s not worth risking it. If he doesn’t play today and we get him for the rest of the season we’ll benefit from it. That’s my thought process on it. They’ll be two great additions, there’ll possibly be more additions by next week but the lads at the minute are doing everything I’ve asked for and we’ve looked hard to beat. We’re going the right way.”

The late equaliser that took the game to penalties was a disappointment but Gray picked out positives to come from it. “It’s disappointing we couldn’t stop the ball getting into the box but we didn’t, bodies were put on the line a bit but we didn’t give up. Probably two or three weeks ago if we’d conceded, their heads might have gone down but tonight it shows the different mentality from the boys. We’ve given some people minutes on the pitch as well. I can’t fault the attitude of the lads and the effort. I was pleased with the keeper Isaac, he deserves credit tonight especially with the penalties. Kevin taking the crucial last one as well, he did really well.”