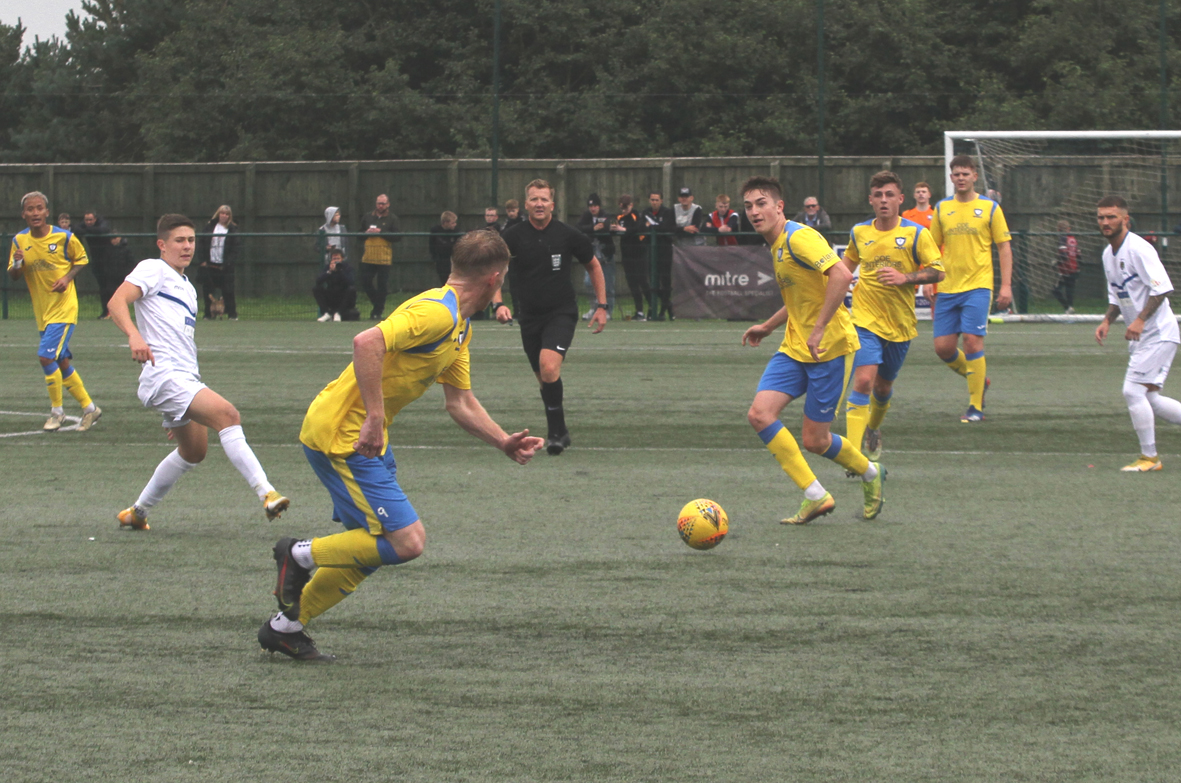 After Saturday’s tough encounter at Consett, Bay’s joint manager Derek Forrest looked back on the performance against the top of the table side.  “After a bright start we made some chances but never took those chances. In terms of man for man competition on the pitch, we’ve been as good as them. We know they’ve got quality but we stopped them playing out from the back, we’ve done that really well and frustrated them.  Then in the second half we’ve come out and done great again, but we have to better in some areas, one of them being in front of goal.  The penalty changed the game and you could see just what they’re like with momentum. The penalty is an accidental trip at the most, nothing more, there’s no intention. He’s unlucky because the lad runs across him and for me it’s a really weak penalty decision. At the next goal, from a set piece, we’ve got to do better; we’ve got to head it out. We’re normally really good at set pieces. The last goal, we’ve got to get out and stop it but then it’s taken a big deflection as well. It’s a cruel game, there were lots of good bits but of course there’s the missing bit which is the one that matters, the goal scoring and we‘ll keep working on it.

“3-0 was not an accurate reflection of the game but they (Consett) have got the capability of scoring three goals and we’ve come up blank and as I’ve said we’ve definitely got to do something about that. Against a team like we played today, if you make a chance you need to score because they’ll always be coming for you. Their keeper’s made a couple of good saves but some of our shots were straight at him.  They’ve got quality and eventually the quality will tell. They’ve got a really good squad and they can bring on players who can test you and they can bring on more additions and test you further. That’s the difference, they’re in a good place after the Vase Final last year so credit to them and I think they’re probably good enough to win this league and go beyond. We’re still building towards that. We’ve had injuries and changes. We’re still working away behind the scenes bringing one or two in. It’s tough at the minute but we’ve got faith in what we’re doing and how we do it, we just need to add the final bit.”

Looking ahead to the first free midweek of the season, he added “It’s been relentless so far, playing every Saturday and Tuesday. This week we’ll be getting the players in for training, then for the first time we’ll be able to give them a bit of a rest period before the big FA Vase game against a very good Billingham (Synthonia) side on Saturday.”