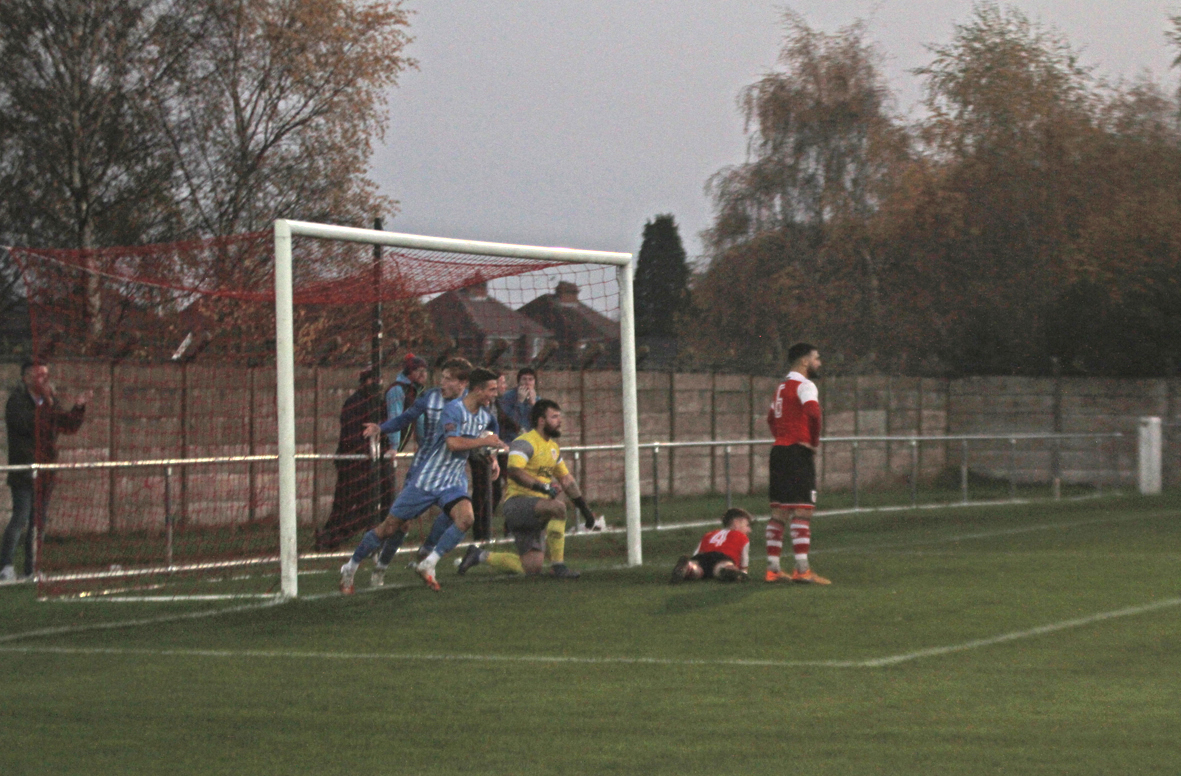 Whitley were beaten 8-7 on penalties after a 1-1 draw at Prestwich Heys in the FA Vase 2nd Round, and along with all the travelling fans, Bay manager Nick Gray was obviously bitterly disappointed.

“It’s a great way to go through and an awful way to go out. It’s a lottery. The lads who stood up and took the penalties all hit the target. Their keeper saved some, our keeper saved one, that’s the way it goes.”

Reflecting on the 90 minutes prior to the penalties he added “We did alright in patches. I don’t think we controlled the game at any time. I thought we didn’t test their keeper a lot. They didn’t test our keeper a lot, so it was just a typical cup tie where it wasn’t a great game as a football spectacle, but all that’s important is to get through to the next round.

“The pitch was beautiful, the conditions were good, we prepared right, we set off in good time.  There’s no excuses. A cup tie’s just about getting through and we came up short in the end. We talked about their aerial threat. We talked about not giving away cheap free kicks and we gifted free kicks in the first half and that’s disappointing but what can we do?”

“When we got the ball in the final third we needed to be more composed. We were too rash we put the ball into the area when we could have taken an extra touch.

“We’ve still got a lot to play for, we’ve a young squad. I’ve told the lads it’s one of them days that happens. You enjoy your wins and make sure the losses hurt you because it gives you more determination to win games.”

An absentee from the Whitley squad was teenager Bailey Geliher and as the manager explained, “Bailey’s got an England trial tomorrow and I think that’s more important for him. He’s 17 years old and he’s got a great future. It’s not about us, me, Whitley Bay or Morpeth (academy) it’s about doing the best for him so he’ll be fresh and he’ll be at his best for tomorrow in his England trials. Let’s hope it works out.”