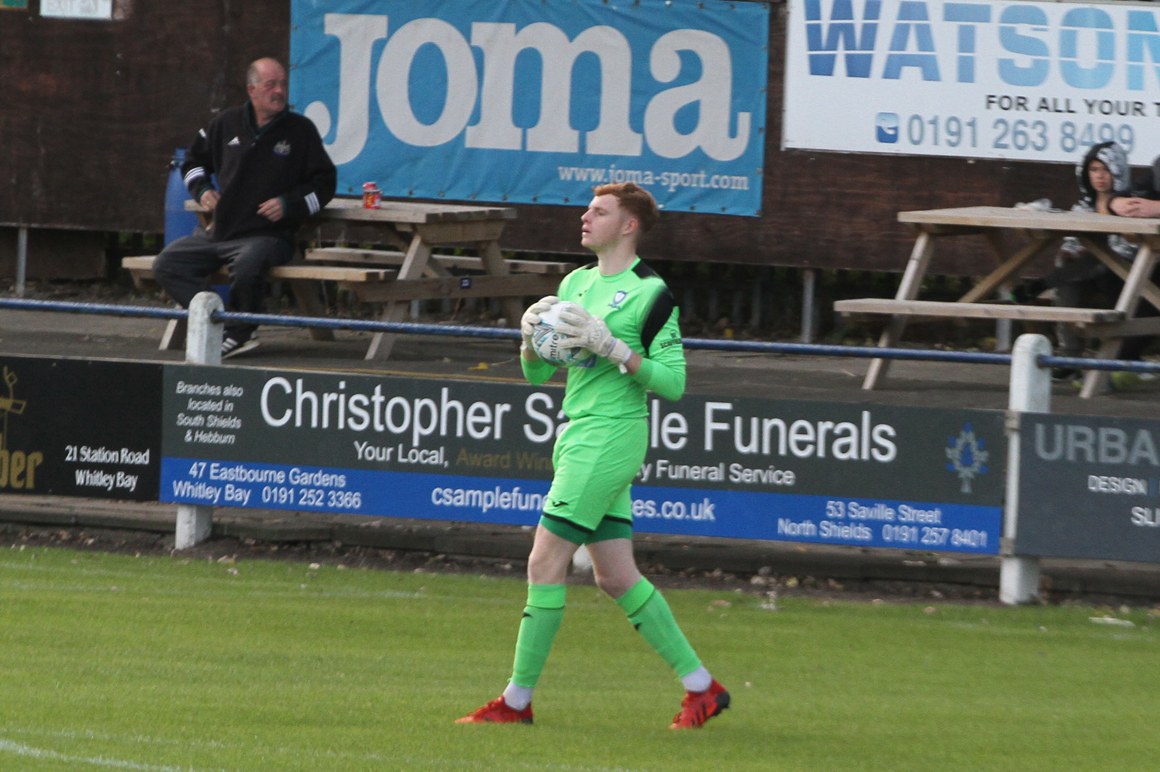 At the age of just 23, Bay goalkeeper Dan Lister made his 100th appearance for the club in Saturday’s 4-1 victory over Ryton & Crawcrook Albion in the Isuzu FA Vase, and before kick off he was presented with a trophy to mark the achievement.

Speaking after the match, which saw Whitley make it eight wins and a draw from their last nine games, Dan reflected on his career so far and not surprisingly highlighted the opening two months of the current season as among his best moments. “There’ve been some good performances along the way but I’d pick out working with Nicky. Since the start of the season we’ve had consistent performances and hopefully we’re at the start of a good Vase run, but personally, I think to make 100 appearances when I’m just 23 is a good achievement.”

He recalled making his debut back in 2017. “It was against West Auckland near the end of the season and we won 4-0 so that was a good start, and today was a good way to get the 100th as well!”

“I went to South Shields, had a few loans, then Nathan (Haslam) brought me back and I’ve been here ever since and cracked on from there. We’re doing well, obviously it’s still early days so I just hope we keep it going and see where we’re at in April, May time. Hopefully it’s positive and we’ll have had a good season.”

Giving due credit to the rest of the squad he added “All the lads are doing a great job in front of me and it’s nice to start getting some clean sheets as well. I was disappointed obviously about conceding today but that’s one goal conceded in open play from seven games. We’re doing well; the dressing room’s bouncing, the lads are thriving off the back of wins. When we keep winning, we keep a good atmosphere, they go hand in hand.”