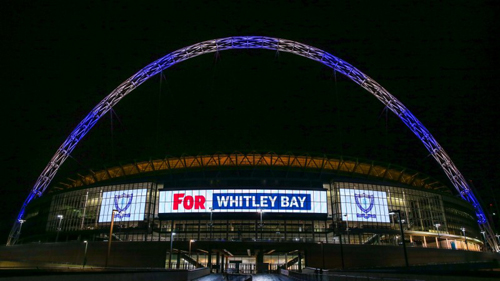 Whitley have won the Hopper & Son virtual FA Cup with a 4-3 victory over Hanwell Town at Wembley.

Starting in the Extra Preliminary Round, we won a total of 13 ties to reach the Final, including a 3-1 win at Carlisle United in the First Round Proper and a convincing 4-1 victory in the 3rd Round at Swansea City.

In the Quarter Final against Wycombe Wanderers we won 3-0 then defeated Tunbridge Wells 4-1 in the semi final.

These successes on twitter have provided some entertainment for our fans during the long period without live football. We have also made some new friends at clubs across the country during these competitions.