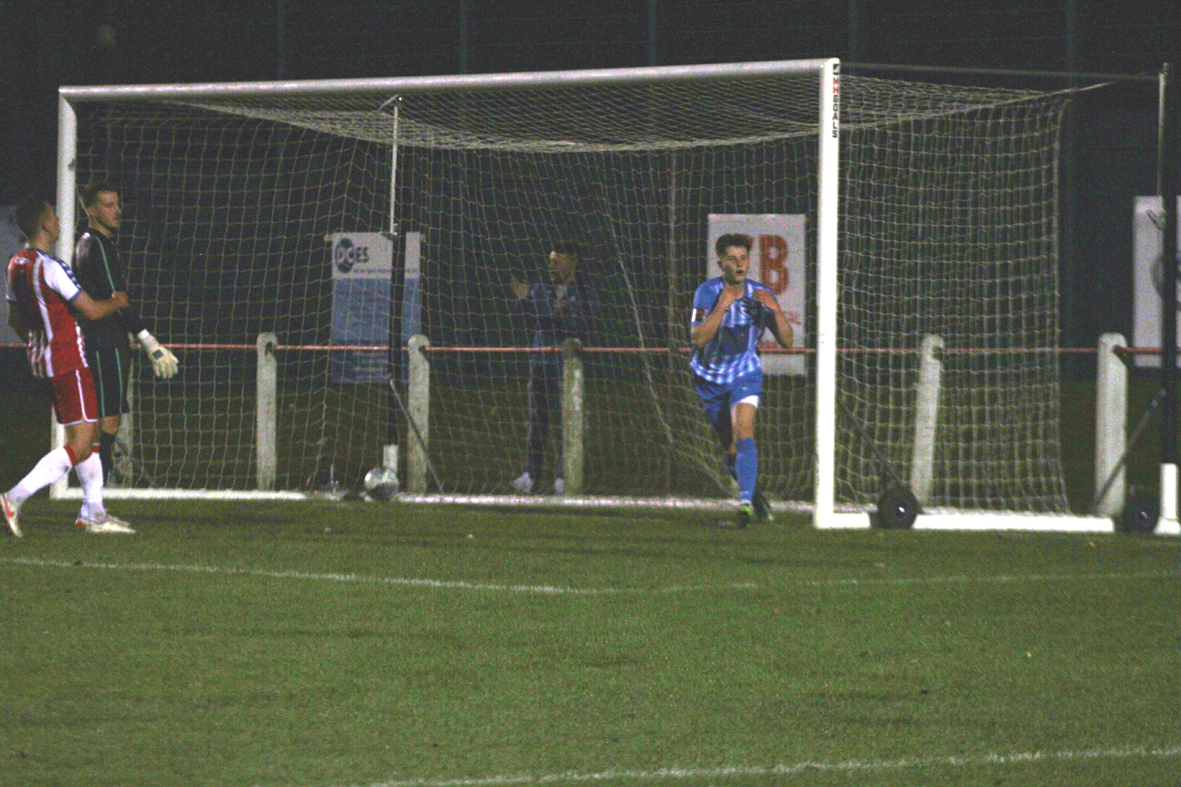 Whitley came from behind to claim a 1-1 draw on a wet night at Seaham thanks to a stoppage time equaliser from Lewis Orrell. Bay manager Nick Gray gave his reaction to the last gasp goal that extended Whitley’s unbeaten run to ten games.

“We’ve got to be happy with a draw to be honest. We were behind that long in the game. Credit to Seaham, they were very good in the first half. They wanted it more; they were hungrier, quicker and sharper. We had a goal disallowed, which was disappointing but I’m not going to mention much about it really, it would be pointless.  At half time they were far better than us. We were second in every department, everywhere. Second half we got better, we had a lot of the ball, a lot of possession, but if I’m being honest our only shot on goal was from Lewis in the 96th minute.”

Whitley’s first half performance was well below the level they’ve been performing at this season but Nick felt Seaham were in a false position at the foot of the table.  “We know Seaham are a good side, they’ll pick up points. They just need a bit of luck. I’m sure they’ll take a lot of credit from tonight’s game. As for us, maybe I take responsibility myself for trying to freshen things up. People have been getting minutes in. It’s not just about playing our strongest side every game because I think we’ve got a very good squad here but sometimes you can tweek it too much.

“Today it just shows that you cannot rest on your laurels. They (Seaham) were very good today. I’ve got to say that. You’ve got to give the opposition credit, they were better than us in the first half and they had something to hang on to. We had a lot of possession second half but didn’t really hurt them in the final third. As I say, the only shot on target was in the 96th minute but credit to the lads. They kept on going; they’ve shown character and never gave up. We made five subs again and we had a lot of forwards there on the pitch at the end."

Describing his feeling at the end of the game he said “Relief is probably the word. In that last half hour you think is it going to happen?”

With no indication from the officials of the amount of stoppage time – something that frustrated the Bay management – some fans were about to leave the ground as the equaliser went in.

“It was great strike by Lewis! He caught the keeper out. It just shows that the lads keep on going.

"That’s 12 games we’ve played; there’s a long way to go but there’s a lot we learned from tonight’s game.”

Looking ahead to the weekend when Whitley are back at Hillheads, he added “It’s another good challenge on Saturday against Whickham. We know how they play and we know it will be a different challenge.”