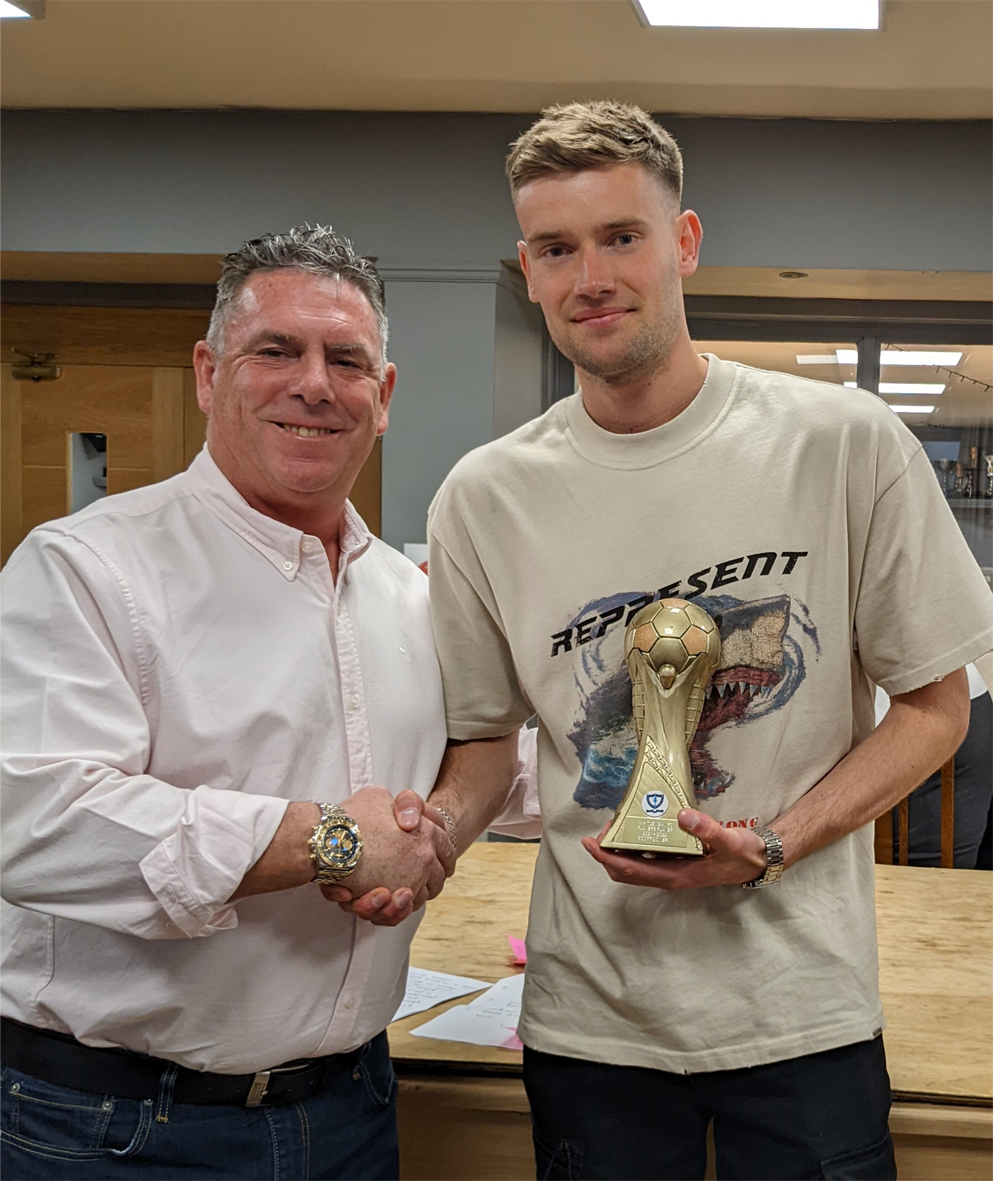 Whitley Bay FC held their Presentation Night in the Seahorse Clubhouse at Hillheads.

Chairman Paul McIlduff thanked the players for their efforts on the pitch, the fans for their tremendous support in what has been a difficult season, all the club volunteers for their invaluable support and the directors for their hard work, often unseen but essential for the running of the club.

Harry Yoxall was named young Player of the Year.

Dan Lister was voted Supporters Player of the Year

Scott Lowery was named Directors Player of the Year

Scott Lowery was also voted Players' Player of the Year

In addition, there was a special award for Doug Parker, who was presented with a signed shirt to mark his retirement after serving for ten years as Club Shop Manager.

Photos of the award presentations can be seen via the link on Flickr. Harry Yoxall was unable to attend the presentation.   https://www.flickr.com/photos/mcqweb/albums/72177720298475995